Come walk with me as we travel through the many paintings 😎

Standing on this little hill here there was so much to see and take in. I observed all of the details, the slow movements of the clouds and the wind sweeping through the fields and I felt a great sense of peace. It was an exhilarating feeling of joy and happiness, and I opened my heart to let this feeling carry me onwards towards the unknown......

The red dots grew bigger as I got closer and they revealed themselves with more detail. Red brick tiles inhabited the roof tops of these villages, and they stood out against the white walls and the green trees. A small path led me deeper into the village and I could see there how two people were working next to a hay pile. As I looked closer, I saw that they were taking some of the hay and that they were carrying it away to a small barn, probably to their animals. Their method for doing so peaked my interest: from the sides they were cutting away at the hay and I noticed that they were doing this towards the east. I deduced that because of the rain which usually came from the west they chose the eastern side so that the hay underneath the protective outer coating would stay dry. The color of that hay was cadmium yellow and still looked very dry whereas the outer layer was slightly greenish in color and showed signs of weathering. The lichen and moss seemed to act as a protective layer and kept the rain from penetrating further down into the pile. 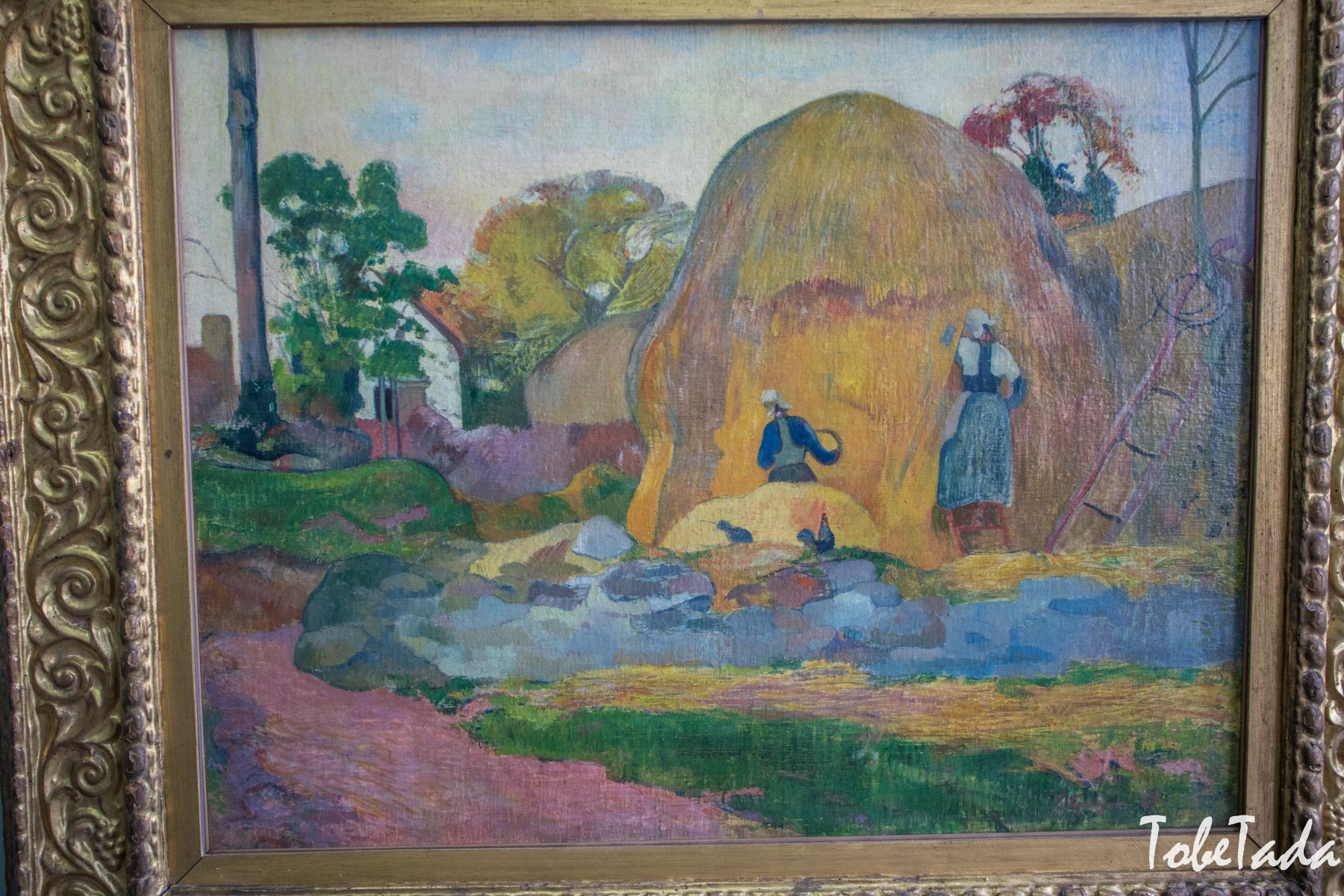 After they had gathered what they needed and returned to their barn I was left with some chickens and a rooster which gobbled up some of the left over corn from the ground. Their heads bobbed happily as they walked in small circles around the hay stack. I wondered how it must feel to be this kind of animal. Their size and shape are so different from that it must constitute a very different state of being. The brain quite small, but adequate for survival probably did not leave too much room for creative and abstract thinking. Were chickens aware of themselves? Did they have some form of language? Could they think?

But what is thinking anyway? What is thought?

Pondering over this question I thought that it seems to be a kind of movement that does not stop and it consists of images, smells, memories and feelings ... it seems to be a framework with which we perceive and make sense of reality. And it seems to be fundamentally linked with our bodies, its size and shape, and together they seem to form some kind of system that makes up our human condition...

Continue here (if the next chapter has been written already)...

Check out the Love The Clouds Community if you share the love for clouds!