Peter Schiff lost his Bitcoins: SHOW ME YOUR MEMES!

If not, here is the tweet that started it all: 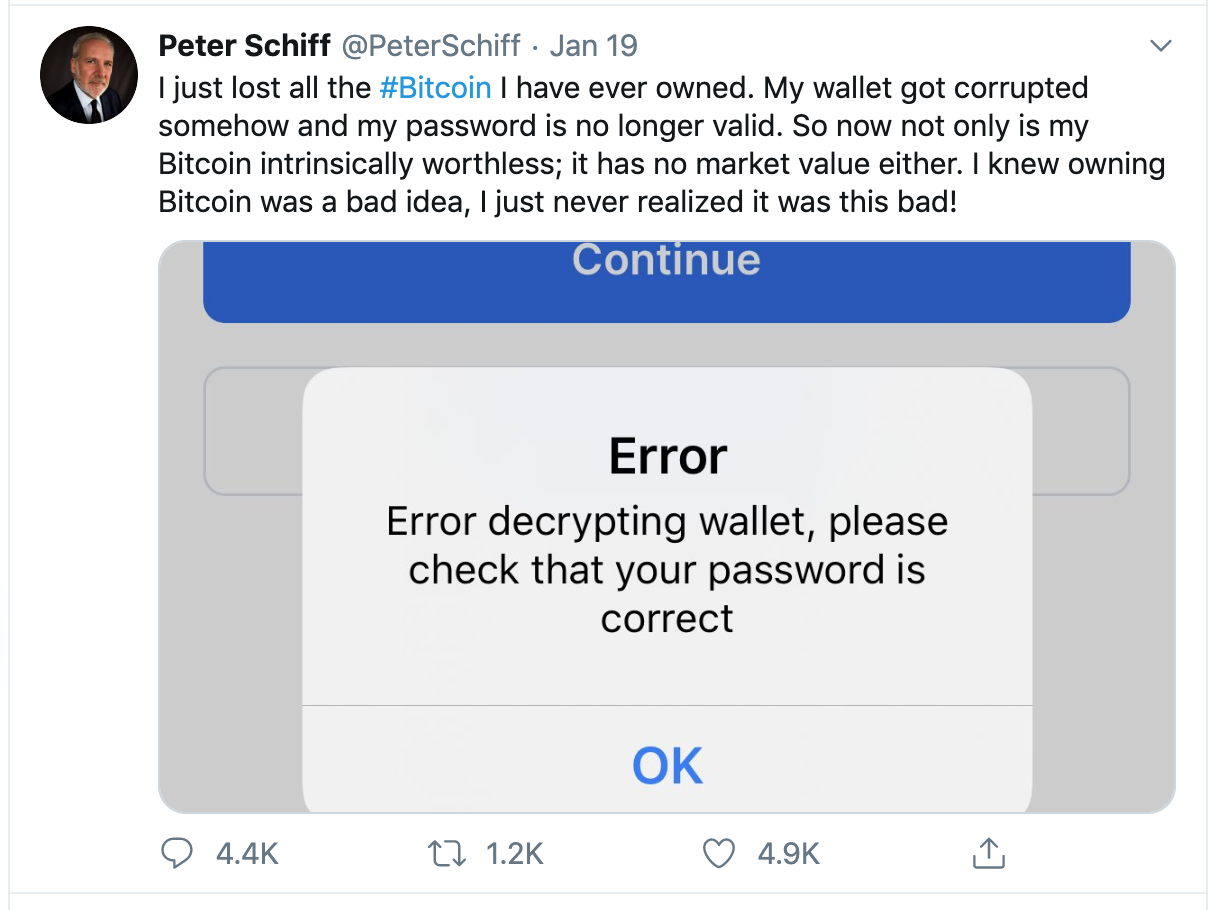 Seemingly Peter Schiff lost access to his Bitcoins, due to a malfunctioning wallet.

Whether it's actually the apps fault or simply human error and he's just trying to push his anti-bitcoin agenda forward, who knows. But luckily, it wasn't too much: 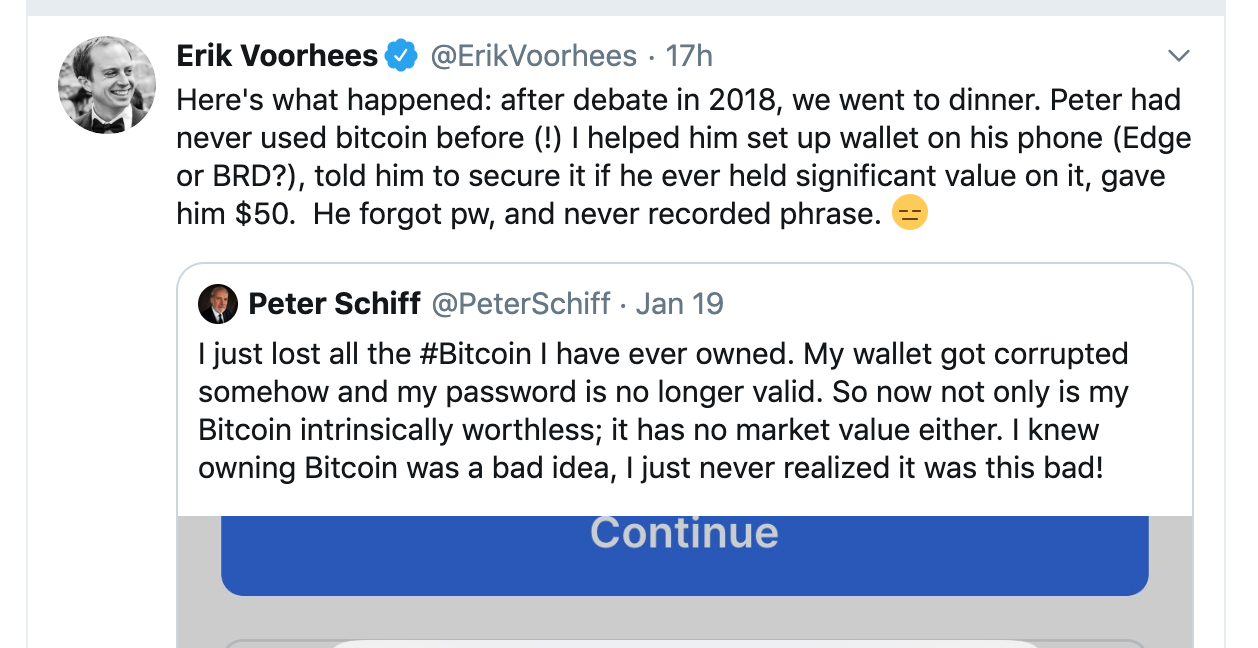 Personally, I couldn't care less about what Mr. Schiff thinks around Bitcoin or cryptocurrencies. (no disrespect)

It's not perfect and clearly not that easy to handle, but that's what makes new technology, especially one where you're in charge & have full control over your own assets. Which obviously brings risks.

This does not mean, that anybody should lose their Bitcoins because of mistakes. No!

Rather, passphrases are an important part of the security aspect of cryptocurrency wallets. And if a person does not want a 3rd party to own said passphrase, then said person is responsible for making sure it's safely stored.

I don't think Mr Schiff would just leave his gold bars lying around. They've obviously been locked away and if someone would lose access to it, they probably could still be recovered by force. This makes cryptocurrencies actually even more secure in comparison!

With time, these risks will become smaller and smaller, just take a look at how the internet looked like 30 years ago, compared to now: https://www.youtube.com/watch?v=s1_yx_Eg9v4

SHOW ME YOUR MEMES!

I thought it would be fun to create memes around it. So here's mine: 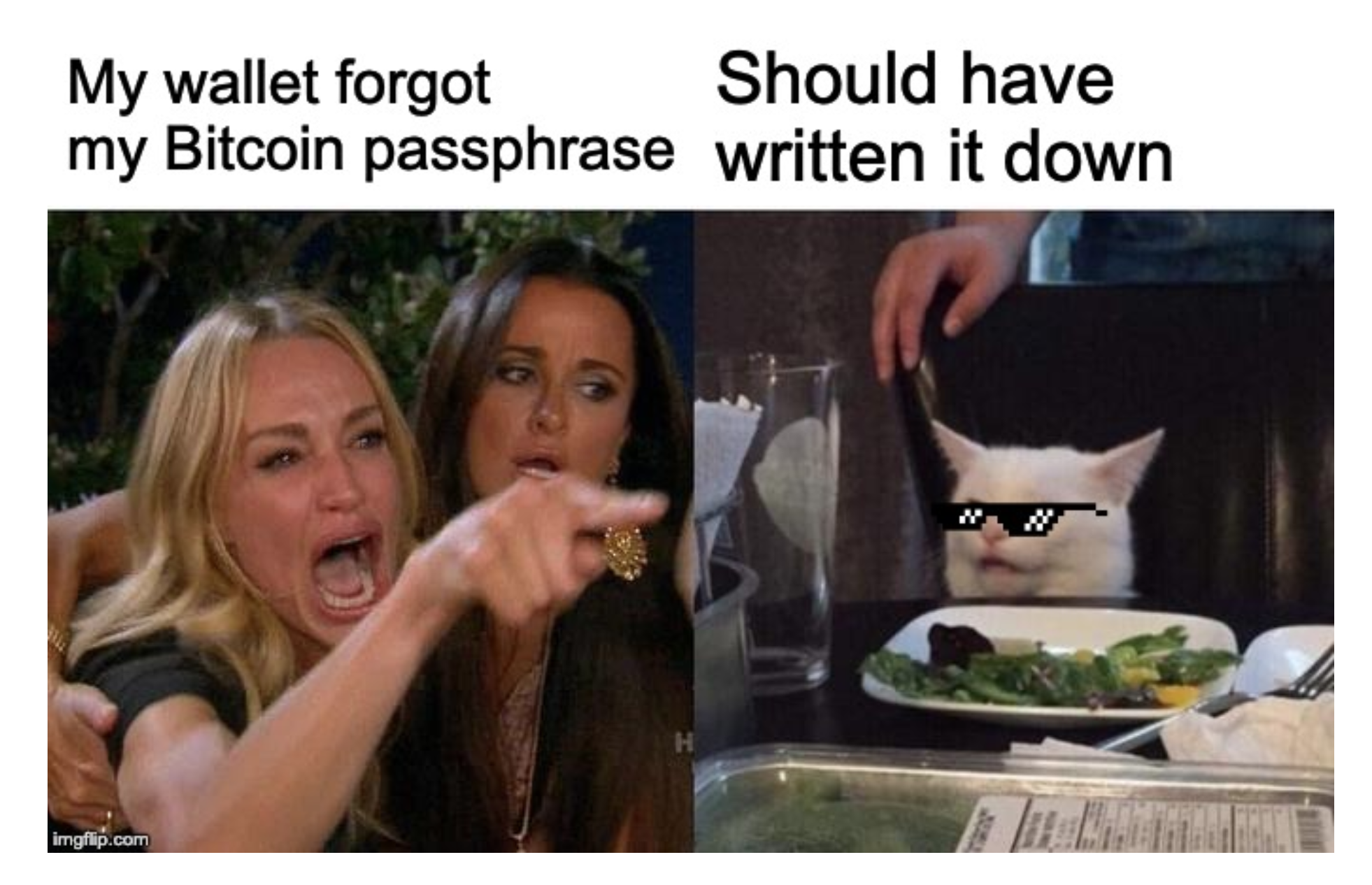 Here's a great meme-generator: https://imgflip.com/memegenerator, you can, of course, use your own favourite.

Afterwards, link them here in the comments, so I (and hopefully others) can reward them!