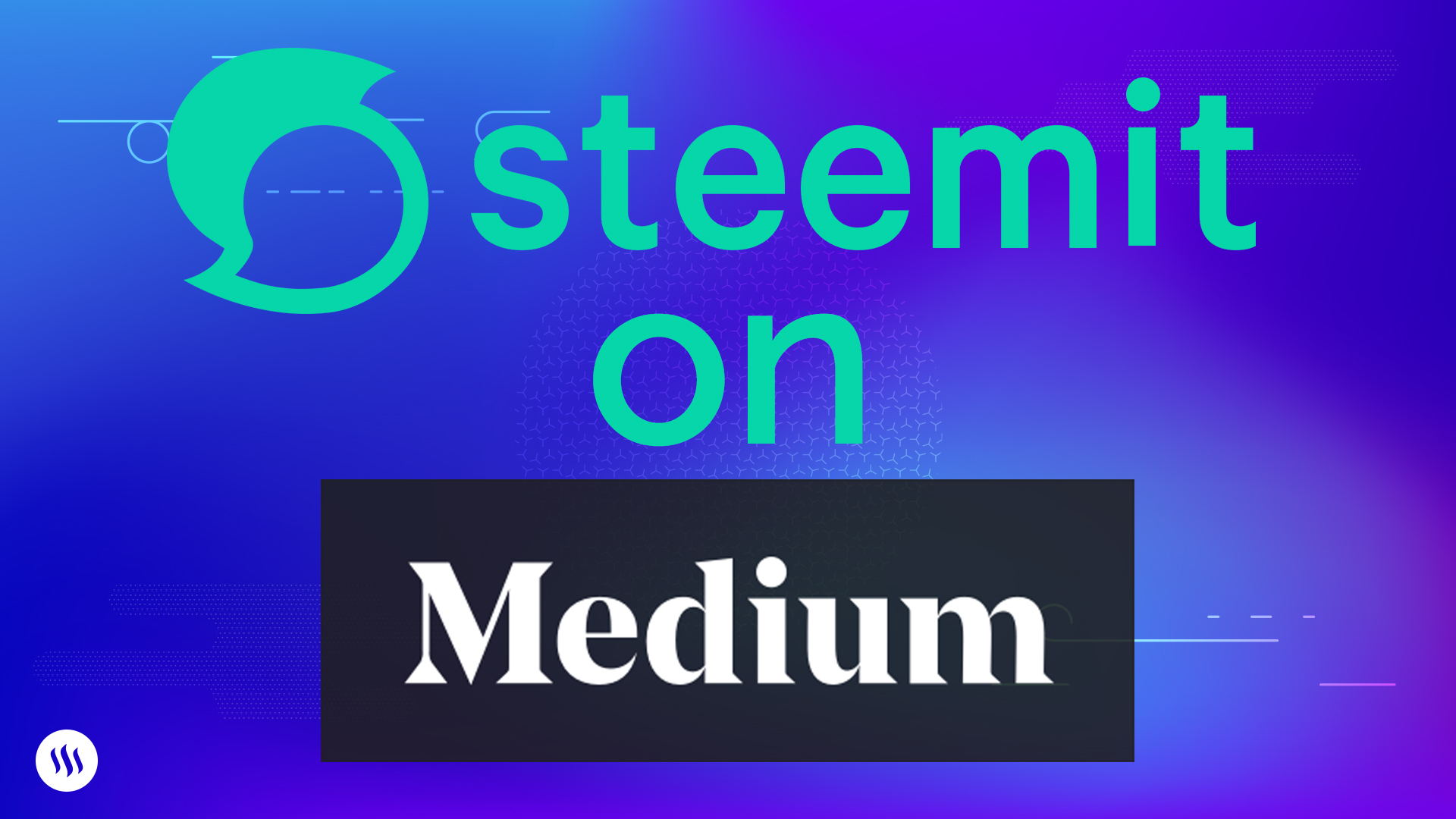 Hello Steemians, we're excited to announce that we have begun posting to Medium.com. We know what a lot of you are saying, "FINALLY!" Work on HF21 is complete (18 Witnesses are already running the new code!) and we are making fast progress on Communities and Smart Media Tokens. That's why we feel that the time is right to get the word out on more platforms and we think that Medium.com is the perfect fit for reasons that we explain in our inaugural post. Please head on over to that post and give it a clap!

In short, far from being competitors, Steemit and Medium are kindred spirits. We’ve both experienced highs during which it appeared we might transform the way information was shared on the internet. And we’ve both experienced lows during which we had to restructure our organizations and part ways with co-workers we respected and valued tremendously.

Now we both find ourselves reinvigorated and positioned to thrive. We look forward to leveraging that powerful platform to keep people outside of the Steem ecosystem informed about the progress we are making. It is also our hope that the Medium Team will consider integrating Steem so that their users can gain access to all the powerful features it already has, and even more powerful features it will gain in the near future.