Many things have happened since February, and we believe that this is time to wrap up and move on. The Steem blockchain has been under constant attack from malicious accounts and this has heavily influenced user experience, Dapps useability, and the stability of the chain itself.

Note that 22.8888 was previously implemented as a temporary, reversible measure to resolve issues.

Unlike 22.2 (where now-hive witnesses froze Steem Inc. related accounts (total amount 65M SP, worth about 13 million USD) without any public discussion or notice), 22.8888 was different in two ways:

(1) pre-announcement was made so that community had time to discuss and affected accounts could make changes (for example, powerdown routes), and

Since 22.8888, we have observed even more negative actions, including (but not limited to)

(2) Spamming meaningless or hostile post/replies, to displease Steem users and render the ecosystem unattractive for the existing user base and all potential new users, PO, and investors,

(3) Negatively and severely affecting the ecosystem by siphoning the rewards pool and using bots to automate the farm-and-dump on the chain without any care given to the PoB concept. The purpose of these malicious activities was to push users away from Steem by allocating part of the reward pool to their farming circles in the aim to highly lower the rewards that genuine authors are getting, engaging in heavy farming by recycling and posting stolen content to damage the SEO advantage that the community has built during the past 4 years, in addition to putting huge selling pressure on STEEM to keep people away from it by continuously dumping all the STEEM generated by the farming,

Thus, witnesses have decided to make changes with HF to protect Steem network stability, enhance Steem user experience, and protect Steem community users' property rights. In particular, we expect Steem users may enjoy faster, more stable Steem blockchain as the issues of (1) will not be relevant.

We notify that there will be three changes:

I. Power-down period will be reduced to 4 weeks, instead of the current 13 weeks. This change is to promote more users to stake STEEM without fearing their assets locked up for a long period and to participate in Steem activities. By creating a more friendly environment for investors, we expect this change to positively enhance STEEM stakeholders' experience.

II. Update the documentation and other key related materials necessary to secure Steem, gain network stability, honor user experience, and ensure the proper functioning of the chain and projects that are built on top of if by providing accurate and up-to-date data.

III. Seize some user accounts that participated in criminal activities by actively contributing to the threat against the Steem blockchain and/or to the theft of STEEM holders' assets. 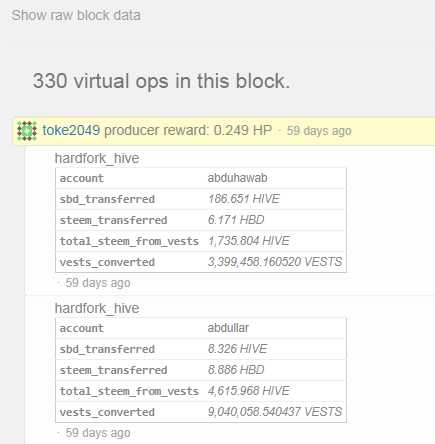 Ironically, the very reason that HIVE witnesses got their spots at the HIVE launch was the result of STEEM token holders' voting. And it is even more disturbing that many Steem users who got their assets stolen actually had voted for more than 5 HIVE witnesses (then Steem main witnesses), but these HIVE witnesses betrayed STEEM holders who voted for them.

Note that some HIVE witnesses use the misleading word "airdrop", but it is a mere copy-chain so "snapshot" is the proper one. If a chain is to start from scratch, "airdrop" is a proper term and the chain designers may choose whatever airdrop method. However, the HIVE case is a clear copy - HIVE copied everything of Steem blockchain, such as account names, passwords, previous postings, assets, etc. What they have done is taking other users' assets after the snapshot.

Proposals may be made via SPS so that any Steem community members may suggest potential exclusion of certain accounts that were affected by the HF.

More details will be posted soon.