This is the third and final part of our ‘Exploring Geneva’ articles. The first one can be found here, and the second here. 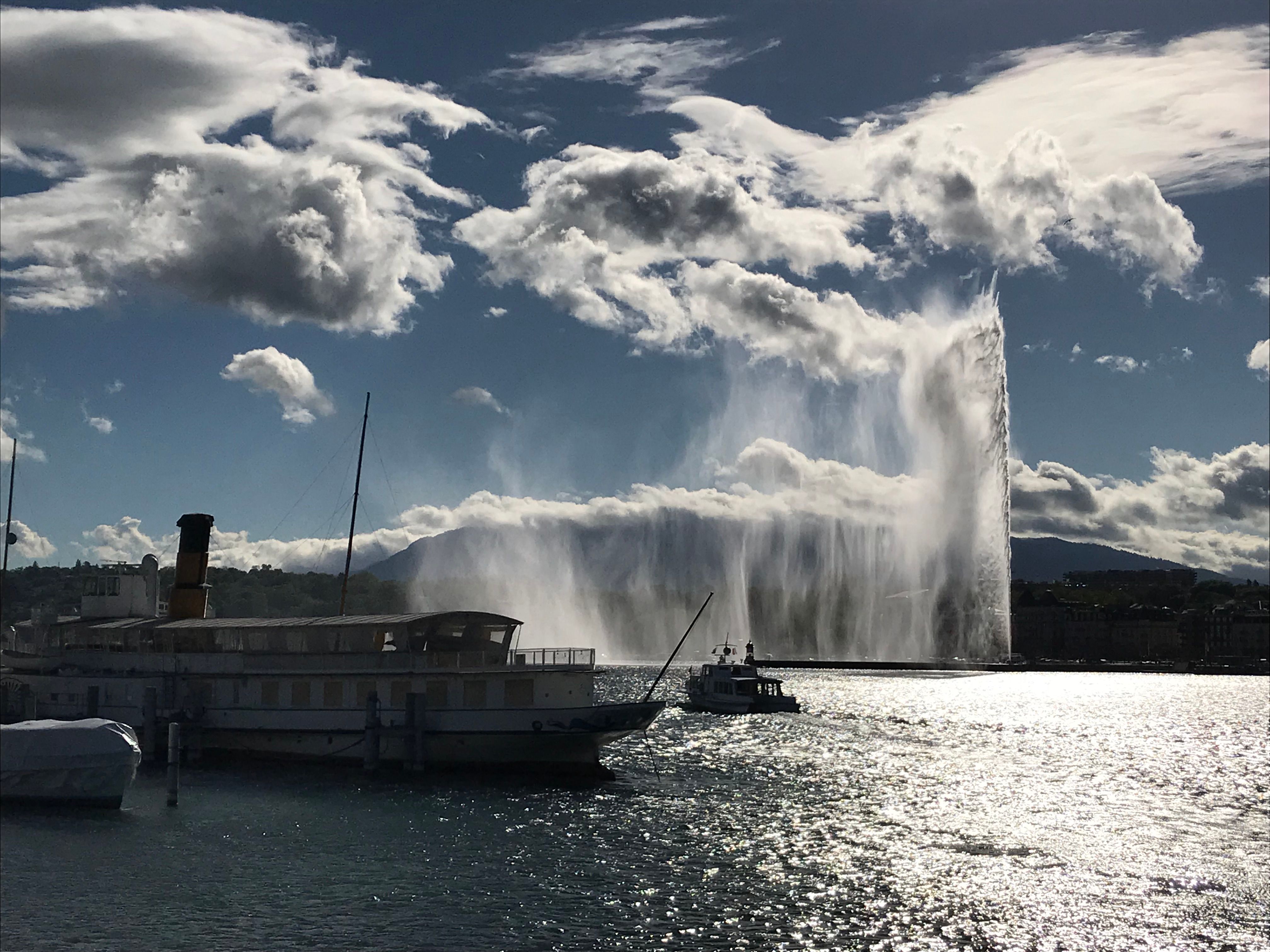 We still had a few hours of daylight and were quite determined to see the United Nations building, and the Broken Chair before leaving the city.

Earlier that day we noticed that bus number 8, the same one that took us to Mont Selene, actually went past the ‘Nations’ stop but in the opposite direction. Nice and easy, so we jumped on the bus and after a five minute journey, disembarked at the wrong stop!

A short walk bought us to the United Nations building, but what was this? Ugly scaffolding on the front building, a guard post with an equally stern looking guard armed with an automatic rifle and folded arms. He didn’t look very happy to see us. Is this really it? 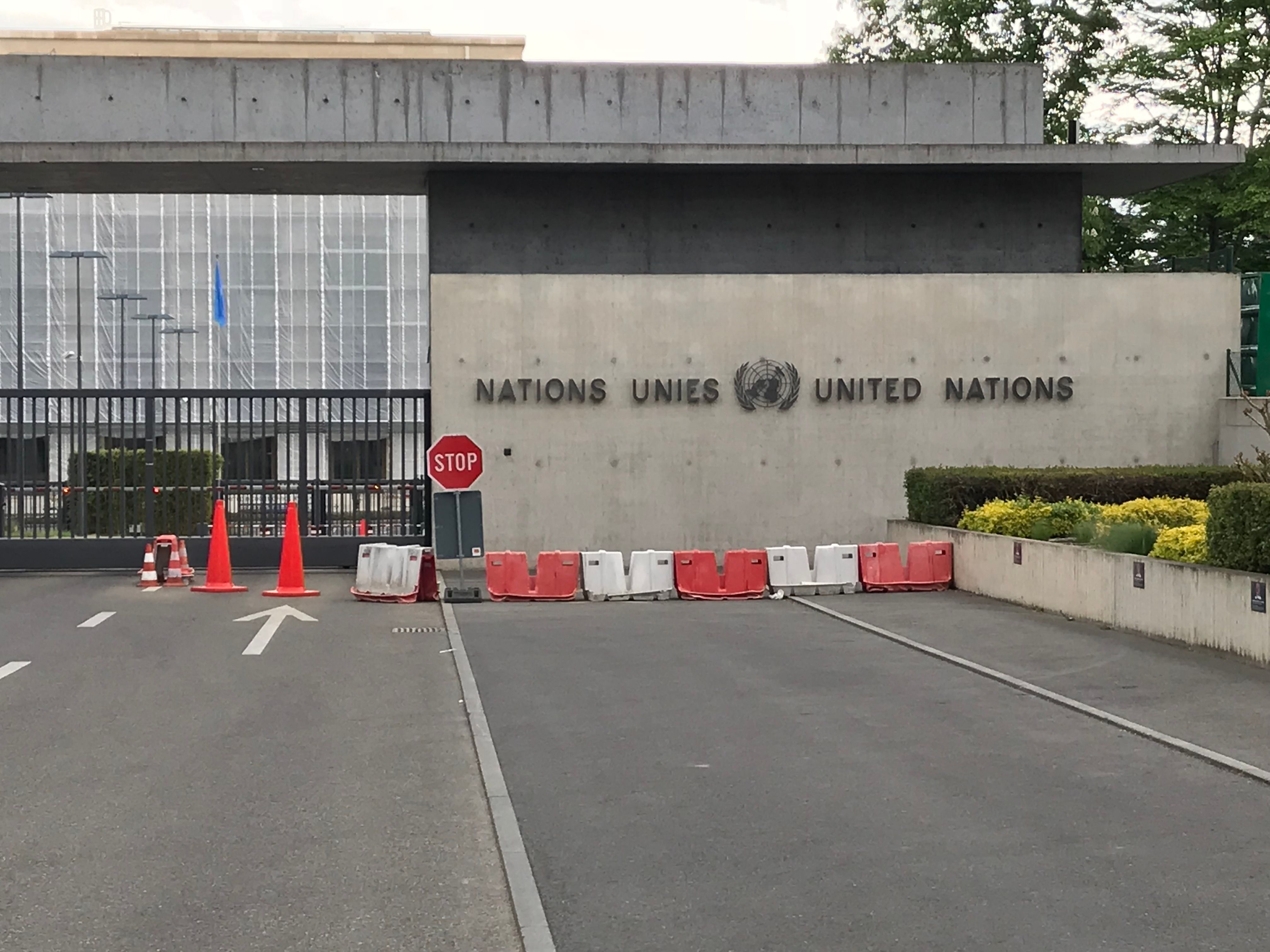 Disappointed we walked down the adjoining road and entered a small park destined for the Broken Chair. It didn’t take long to reach this and the first thing that I noticed was some rather cool looking artwork on the wall. 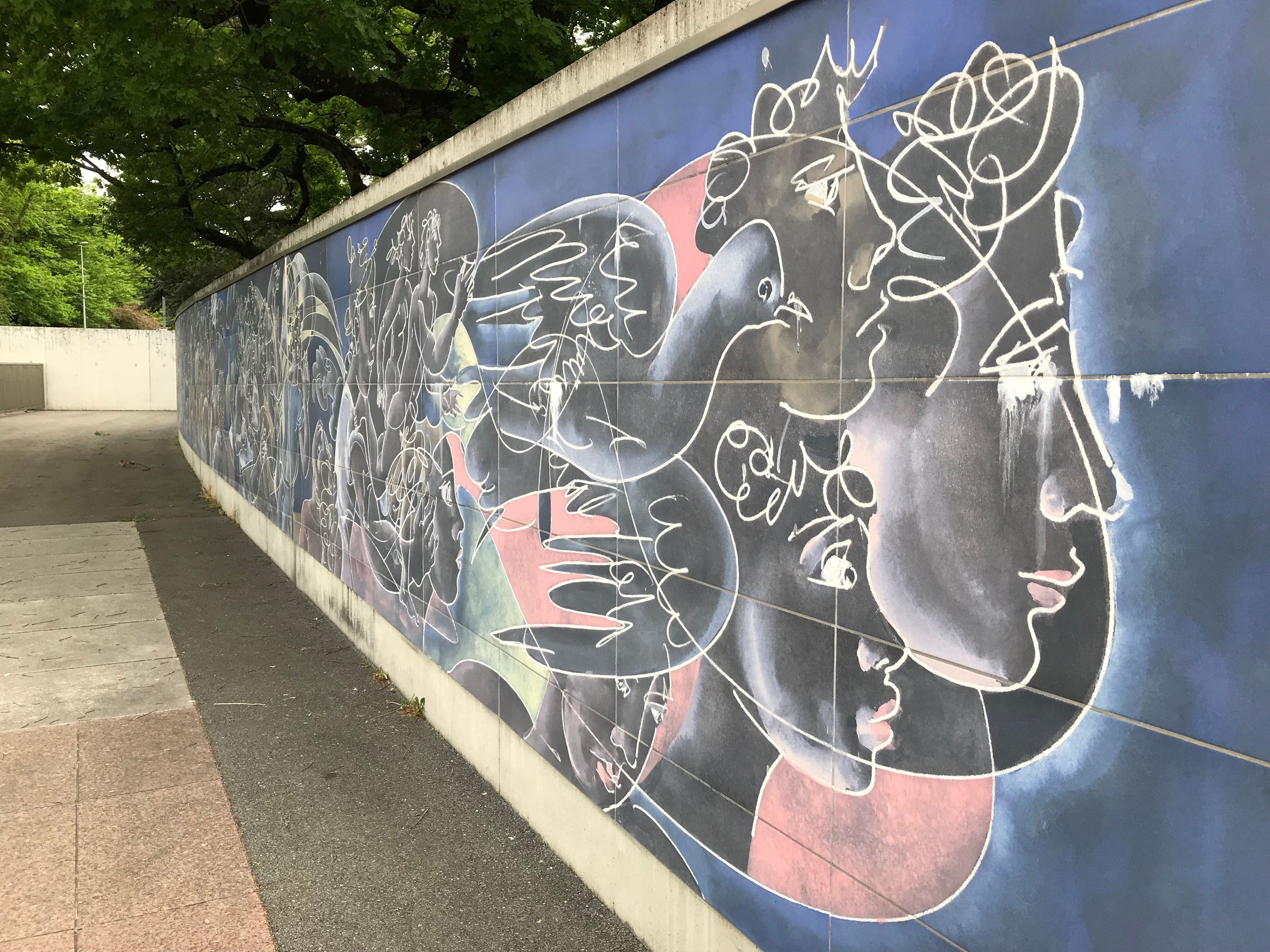 Next to this were some serious gates, guarding… Ahhhhh this was the ‘proper’ entrance, not the back door! A lined road with many international flags, and a cool looking presidential building to boot! As it was Sunday, the guards and attendants were absent and everything was securely locked up. 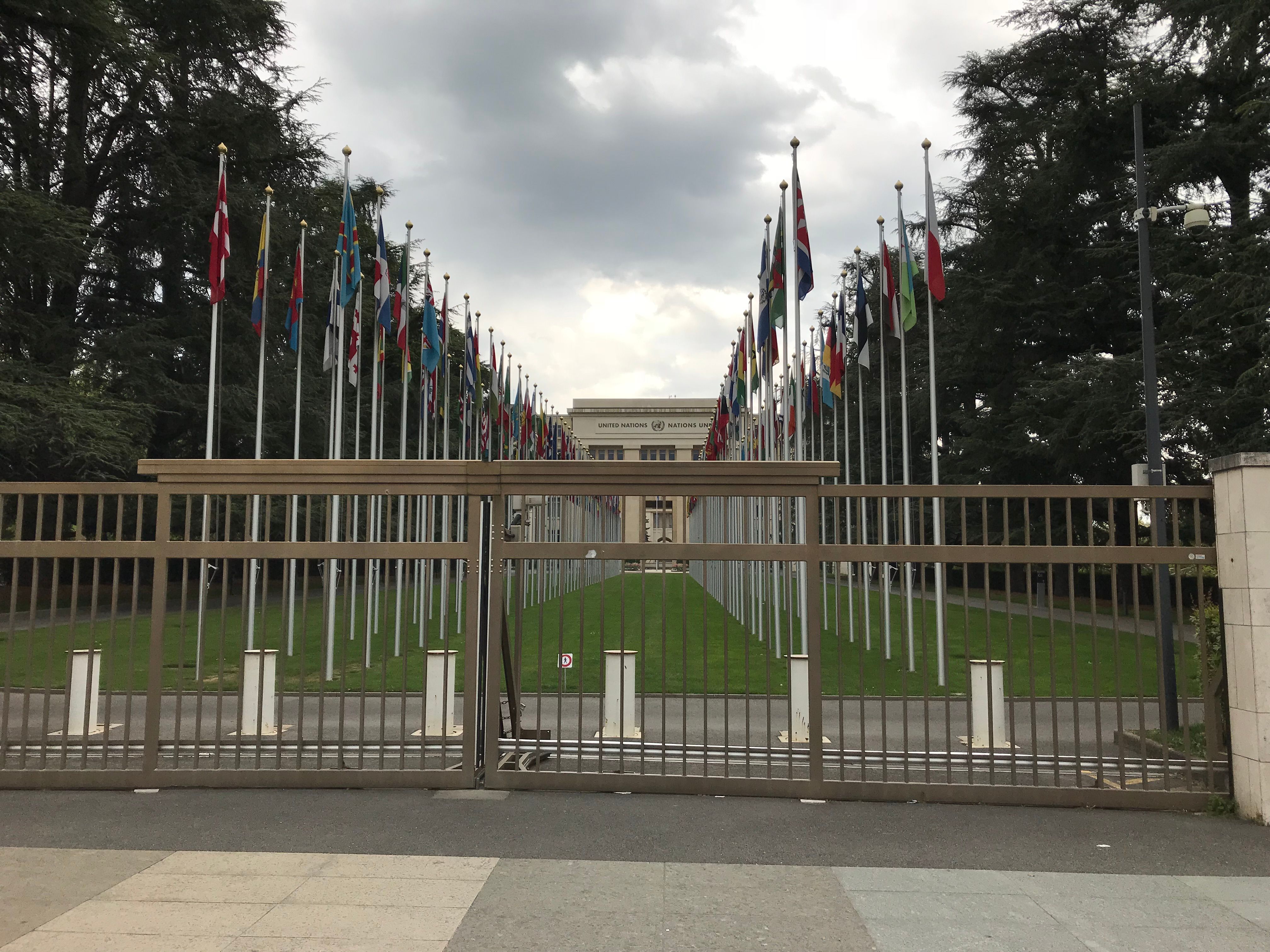 Across the road from the entrance is the Broken Chair, described as ‘A refusal of armed violence against civilians’, by way of the plaque embedded into the ground next to it. We couldn’t reach the broken chair leg even if we jumped; we could see others trying and failing too as it’s just a little too high. This is a very large chair and a little strange looking. If wonder if anyone ever scaled up it and managed to take the seat? 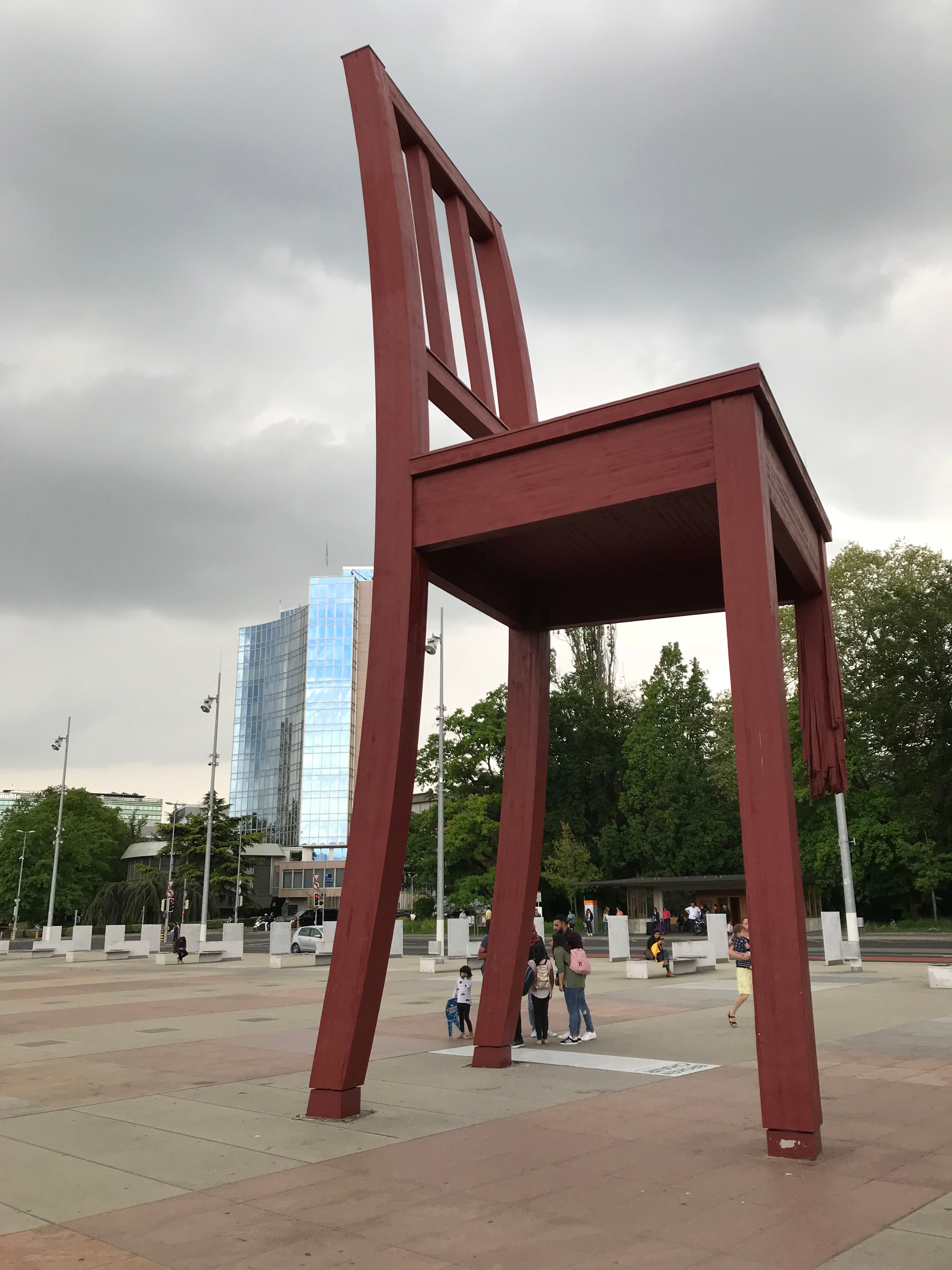 The familiar number 8 bus brought us back to Cornavin, and we were ready to set out in search of non-ridiculously priced food that evening. There is both a McDonalds and KFC in Geneva, but these were strictly off the cards!

We discovered a ‘sandwich’ shop which was really a burger joint in the form of Edwards. Still not so cheap and it ended being rather cheerful and plain. The service was poor, and I had to ‘remind’ the staff we had ordered, after 35 minutes of waiting and noticing everyone else had already received their food. This was the food low point of the trip for sure. 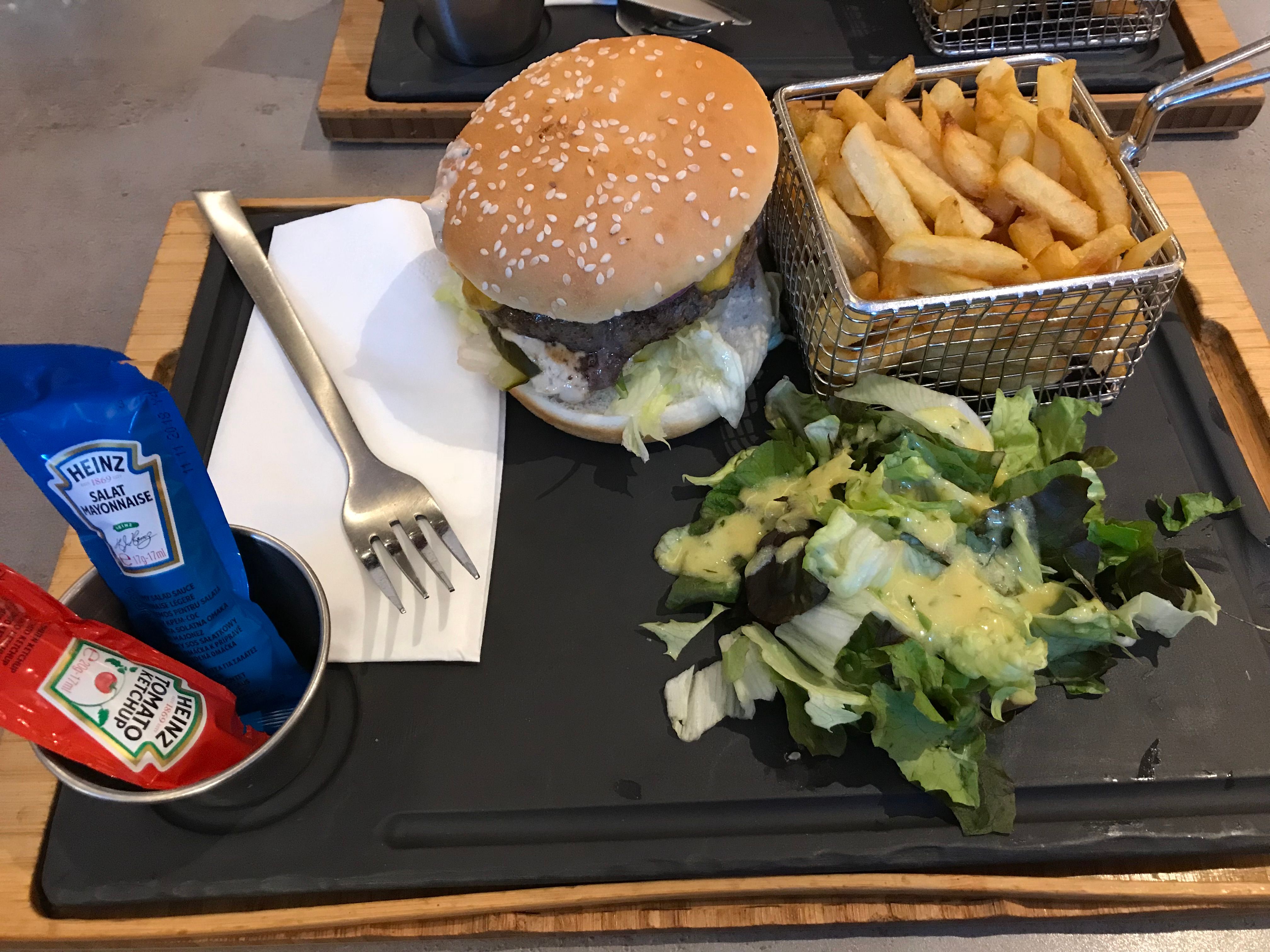 We did have a better sleep that evening, after all it was Sunday and ‘Les Brassiers’ was noticeably emptier than the previous night for obvious reasons. The heat again though was quite stifling and the window had to remain open all night.

Monday morning and we were leaving, but not without a final jaunt down to the edge of Lake Geneva. It was a windy day and the Jet d’Eau’ had been switched on extra early. What fascinated me was the wind blowing the spray to the side and combined with the clouds it yielded me a very interesting photograph. Here's another one, though I think the cover one is the best. 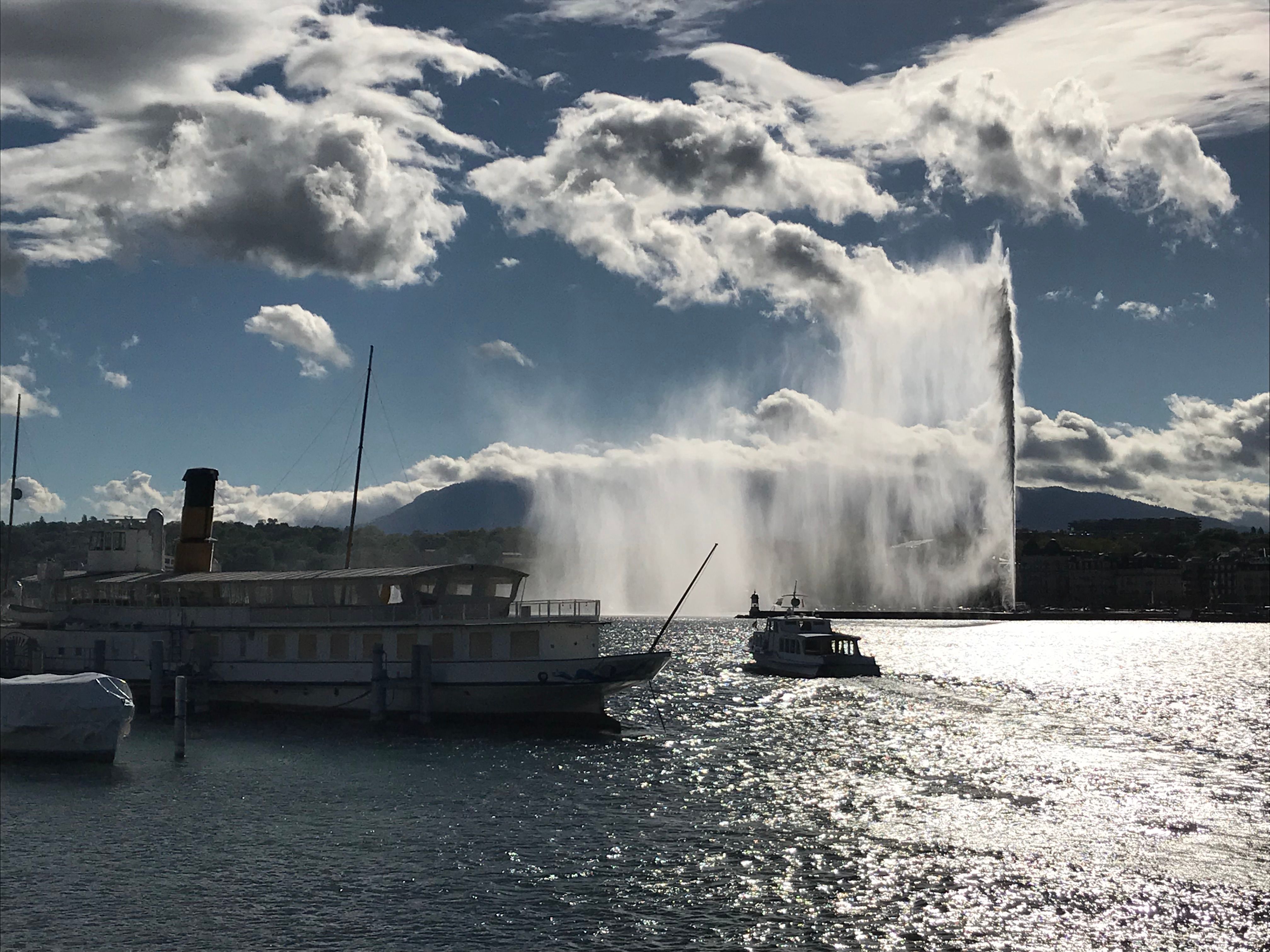 Geneva is a very clean city and like most other cities, dog poo is a problem. We did see some posh pooches while strolling around but the free poo bags hanging from a post was a ‘different idea’ that @bingbabe noticed.

Could we ever see such things in the UK? I really doubt it. 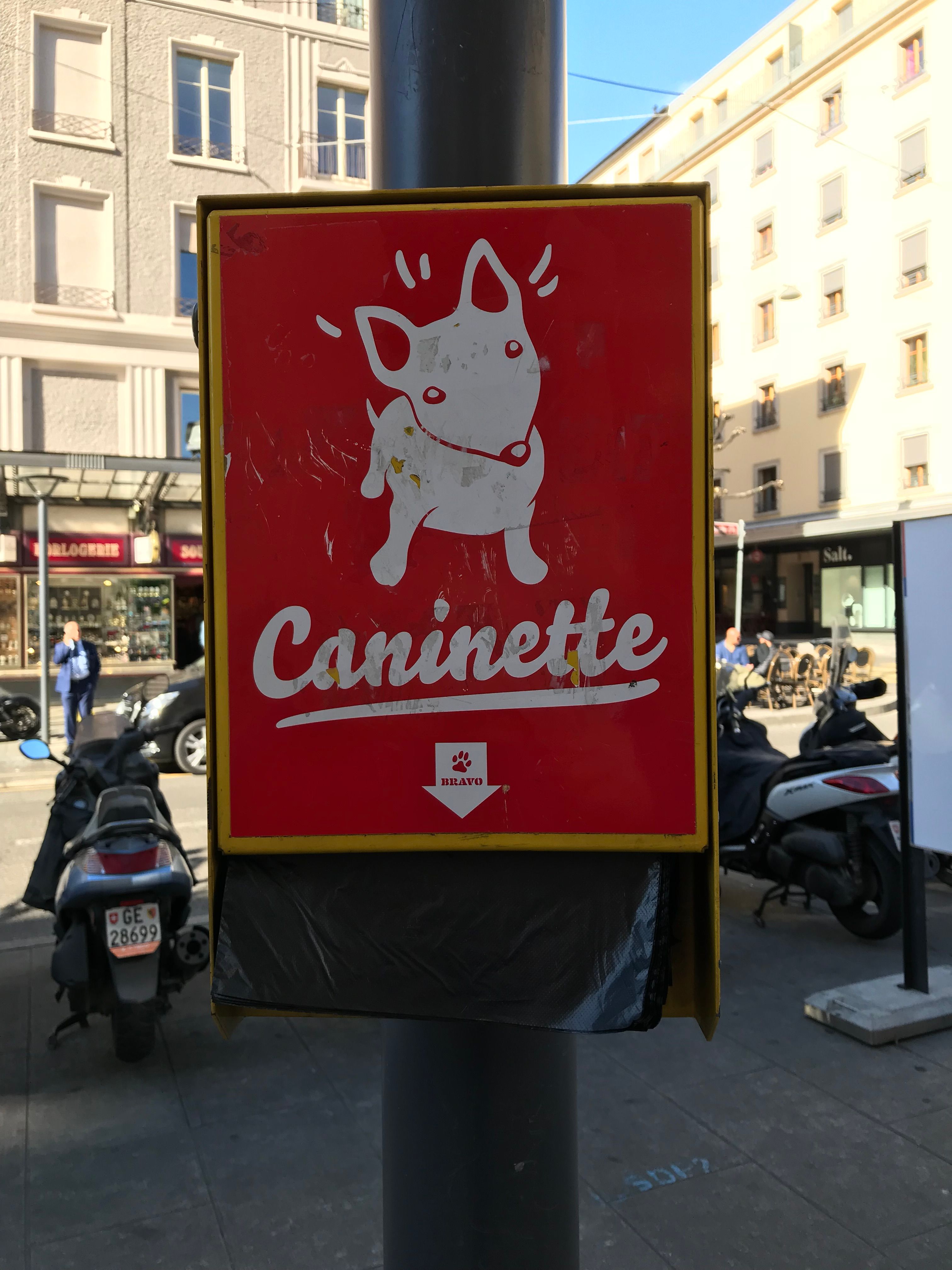 We needed to purchase some of that famous Swiss chocolate before we left. They appear to be made in huge slabs and then broken up into smaller ones for purchase. There’s something to be said about seeing a slab of chocolate that is the size of a small window pane, it somehow get’s those oral juices flowing in anticipation! 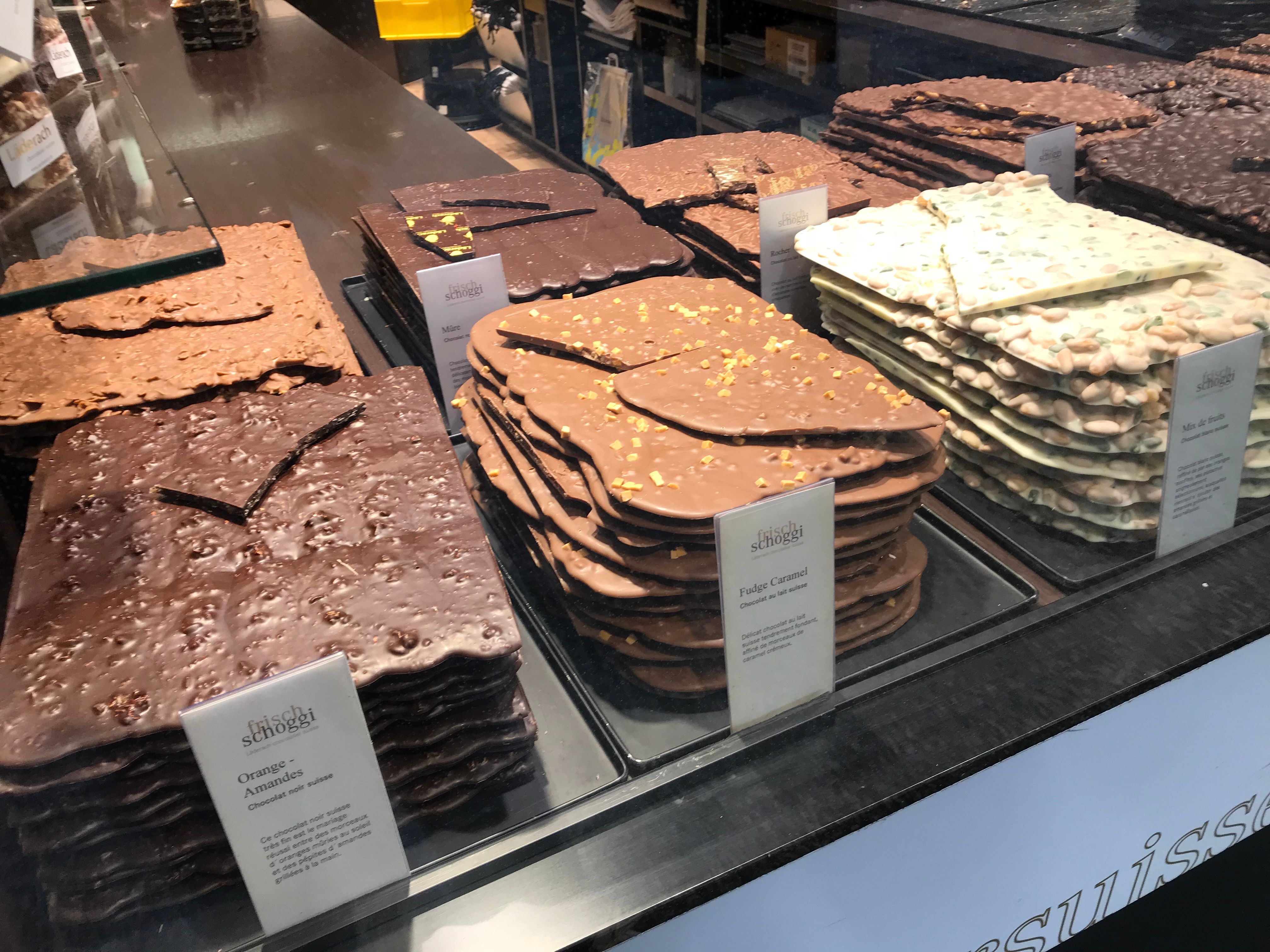 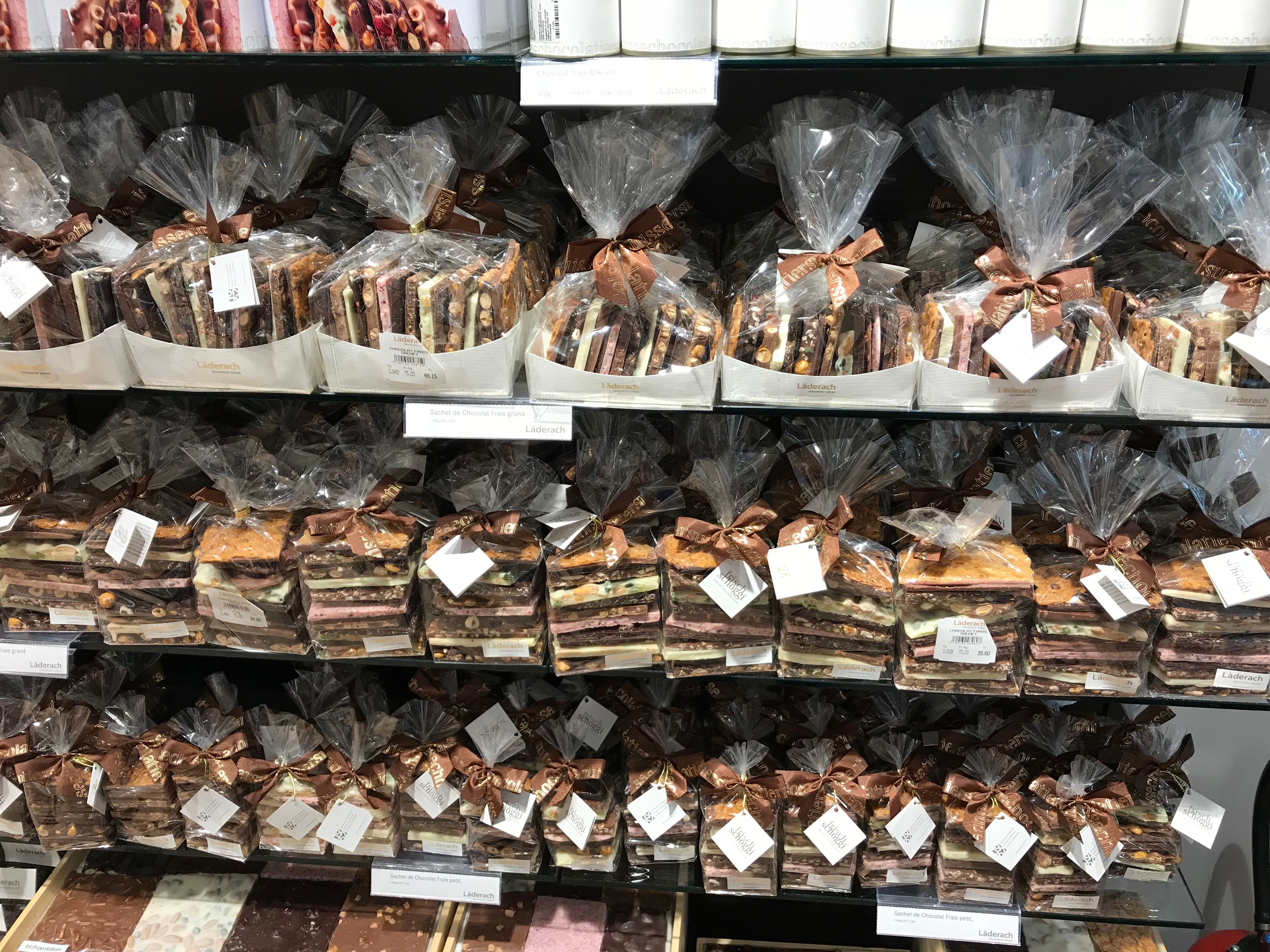 One last picture while entering the terminal building and it’s adios Geneva! I don’t think we will be back; there are simply too many places to visit. Here’s to the next ‘Exploring’ article. All photographs were taken by myself. 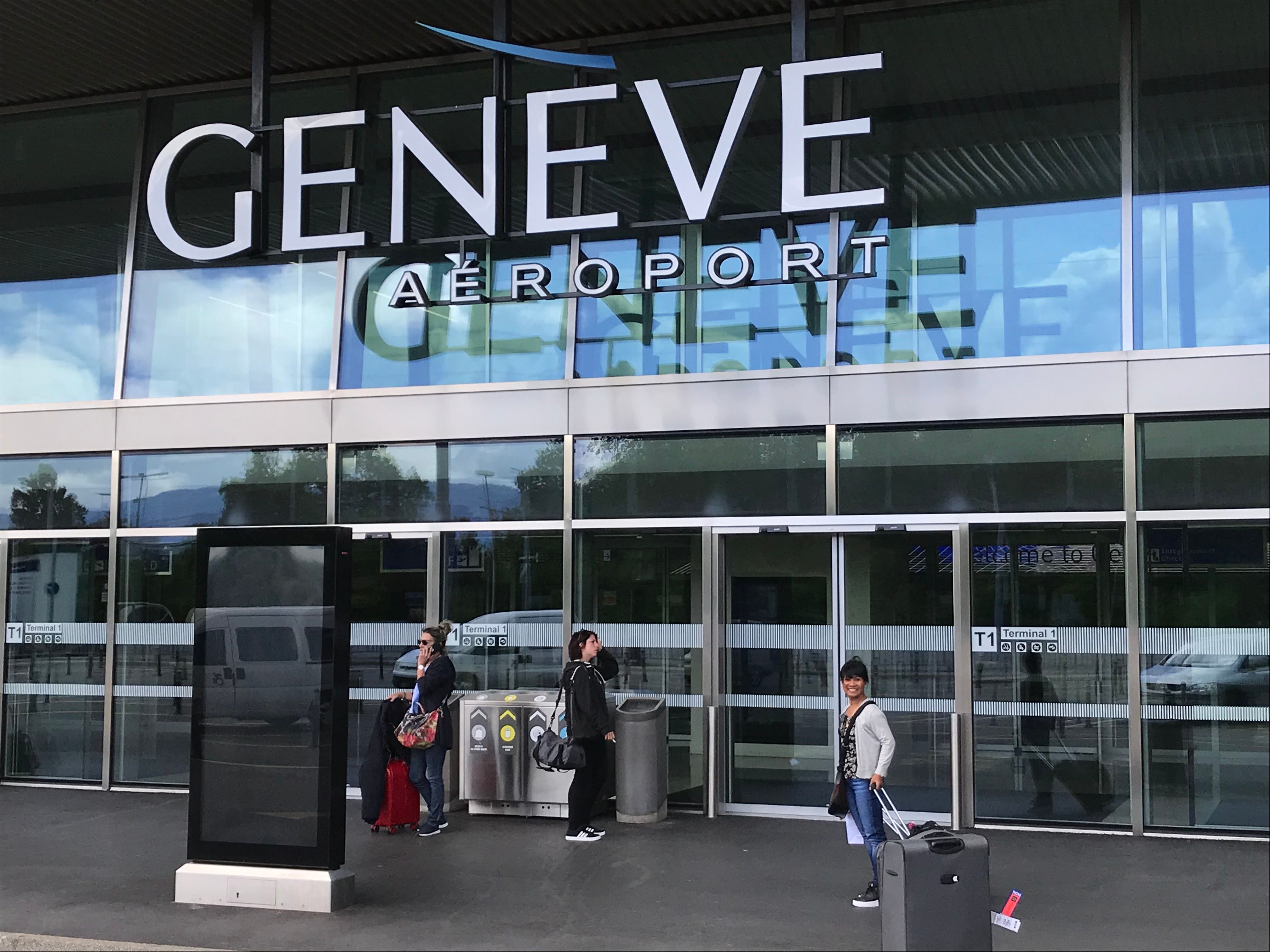