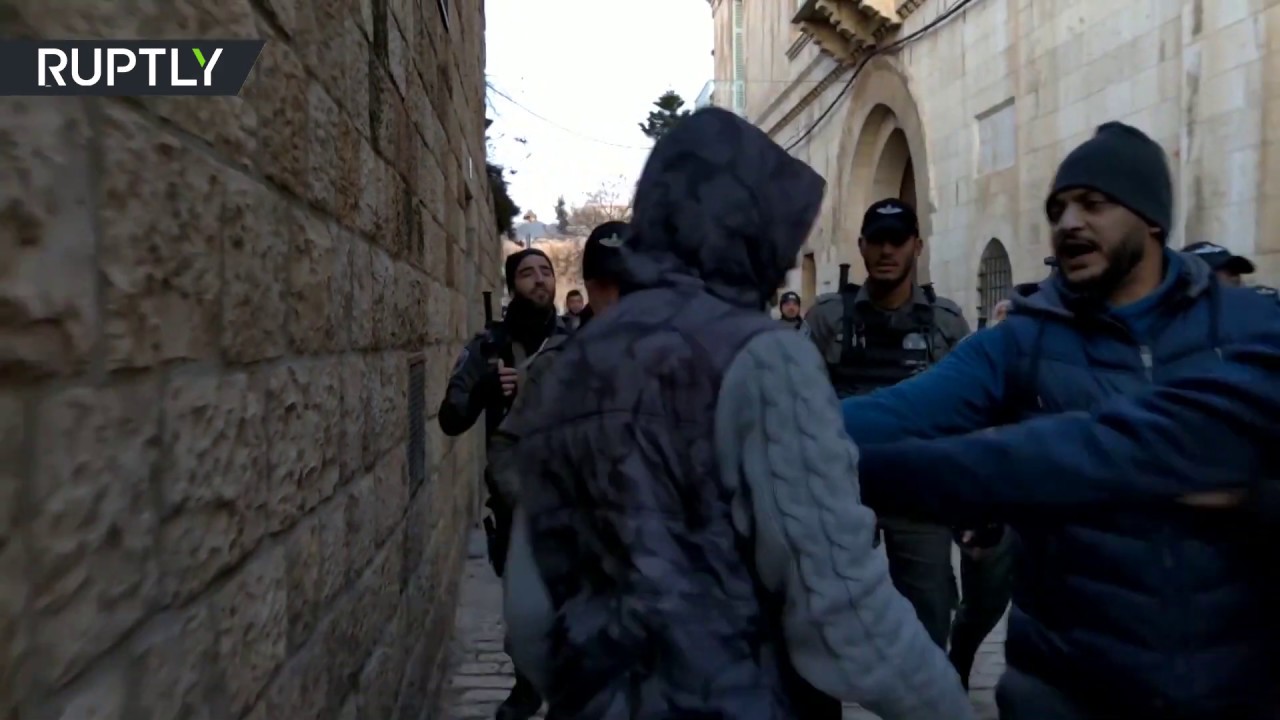 Israeli security forces stormed East #Jerusalem's #alAqsa Mosque on Friday, during the early dawn prayer, and clashed with worshippers there. Footage shows Israeli police pushing worshippers who were reportedly praying in the streets near the mosque.

The Israeli police reportedly prevented Palestinian activist Nizam Abu al-Ramuz, who was expelled from al-Aqsa mosque for six months, from distributing cakes and falafel to worshippers after the prayer and fined him with around $140 (€129).

Calls for the "Great Dawn" campaign were widely circulated. The campaign invited Palestinians to pray the dawn prayer at the al-Aqsa mosque as a sign of solidarity with the mosque and as a response to what is regarded as continuous violations of the holy site by the Israeli forces.

#RT (Russia Today) is a global #news network broadcasting from Moscow, London, Paris and Washington studios to over 100 countries. RT is the first news channel to break the 1 billion YouTube views benchmark.