"The 1998 Robert F. Kennedy Silver Dollar was issued to commemorate the life and work of Robert F. Kennedy, authorized under Public Law 103-328. The year of release for the coin took place on the 30th anniversary of his death. Surcharges added to the cost of each coin were intended to be used for the Robert F. Kennedy Memorial."

The obverse of the coin features an image of Robert F. Kennedy designed by Thomas D. Rogers, Sr. 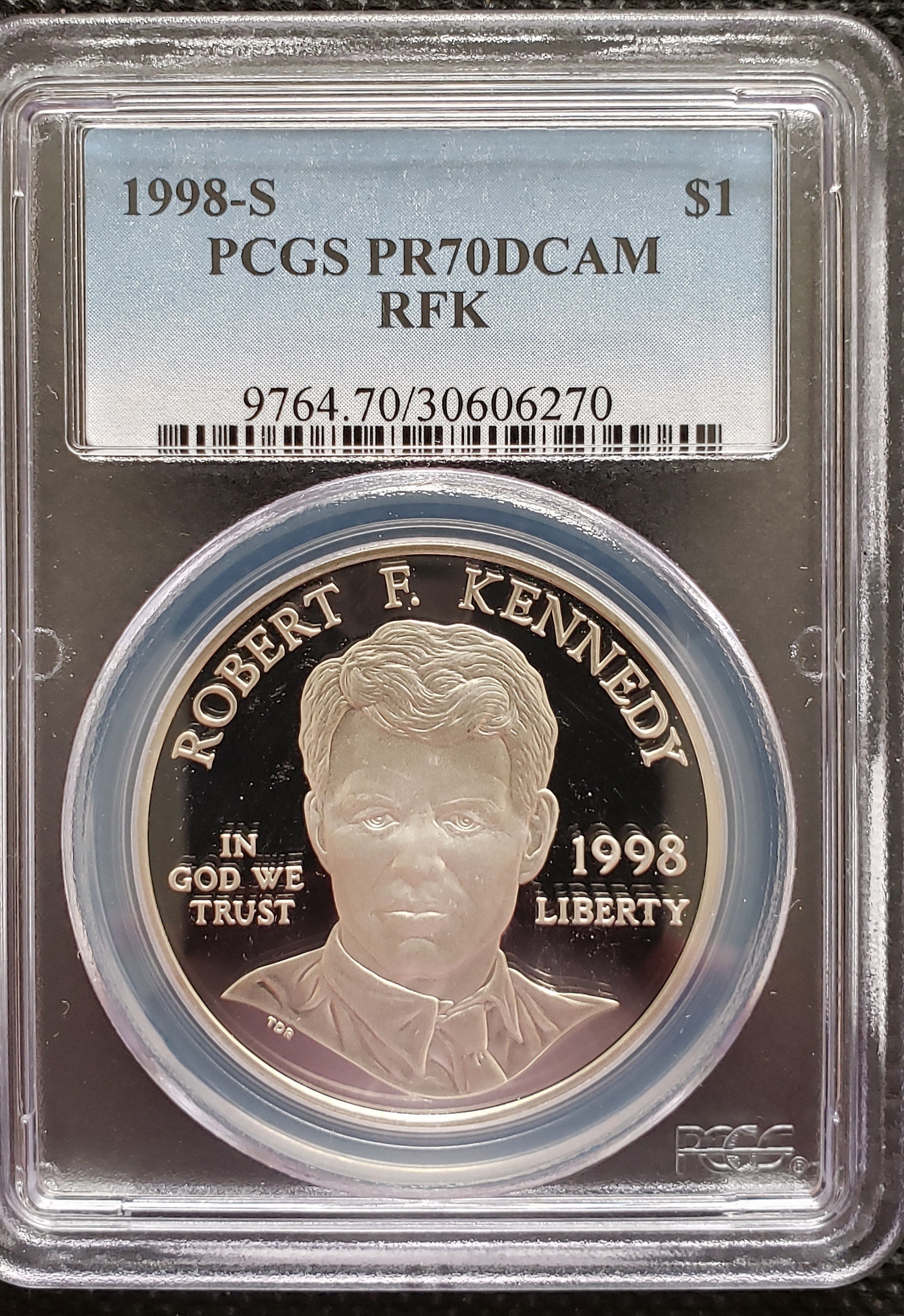 The reverse of the coin, designed by James Peed, includes the Seal of the Department of Justice and the Seal of the United States Senate. Robert F. Kennedy had served as the Attorney General and a New York Senator. 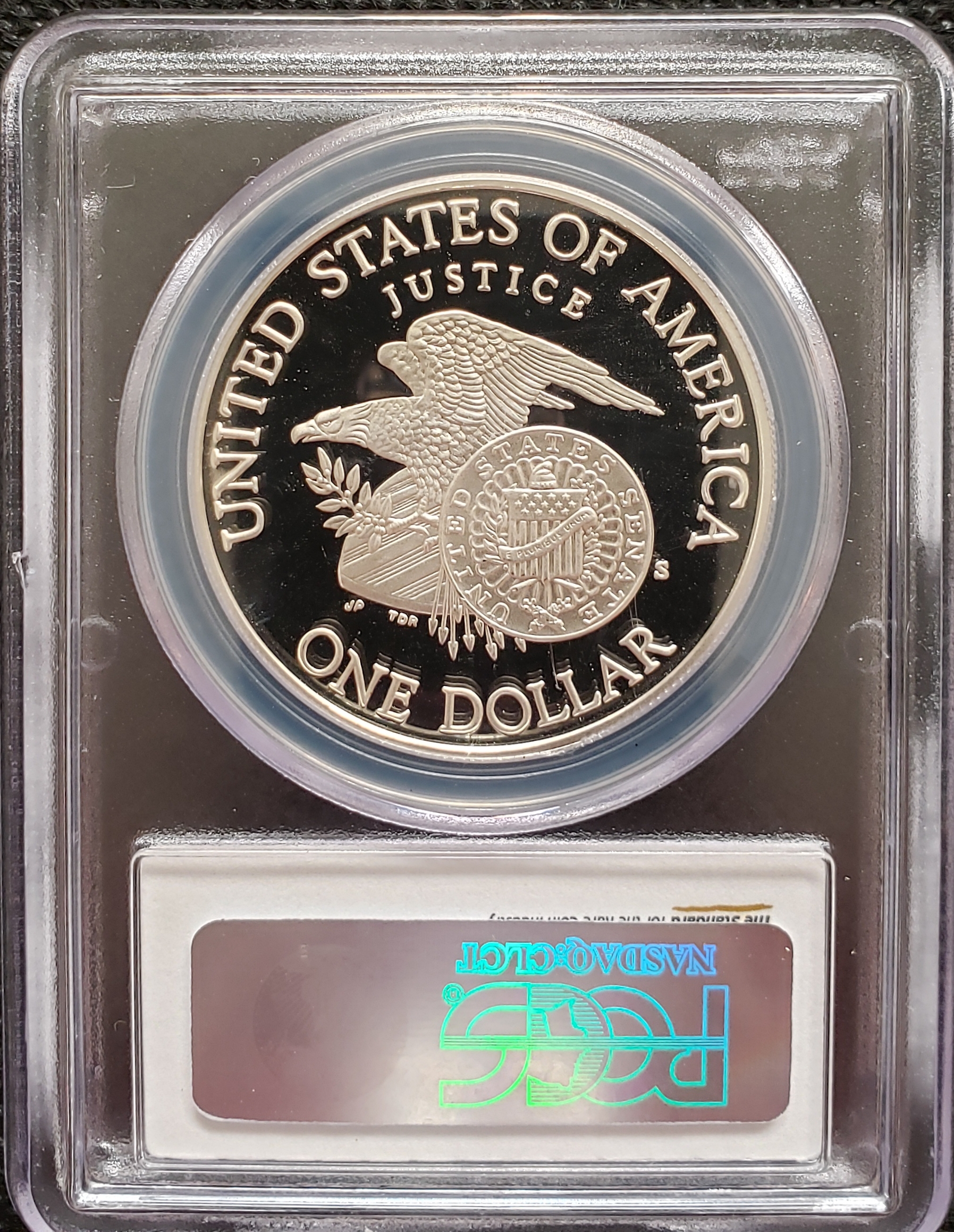