"The Texas Independence Centennial Half Dollar had a rather ambitious maximum authorized mintage of 1,500,000 pieces, well above the modest levels of other recent issues. Eventually, the coin would be struck in five different years across three different Mint facilities."

Designed by Texas sculptor Pompeo Coppini, the obverse features an eagle clasping an oak branch with a large star in the background. 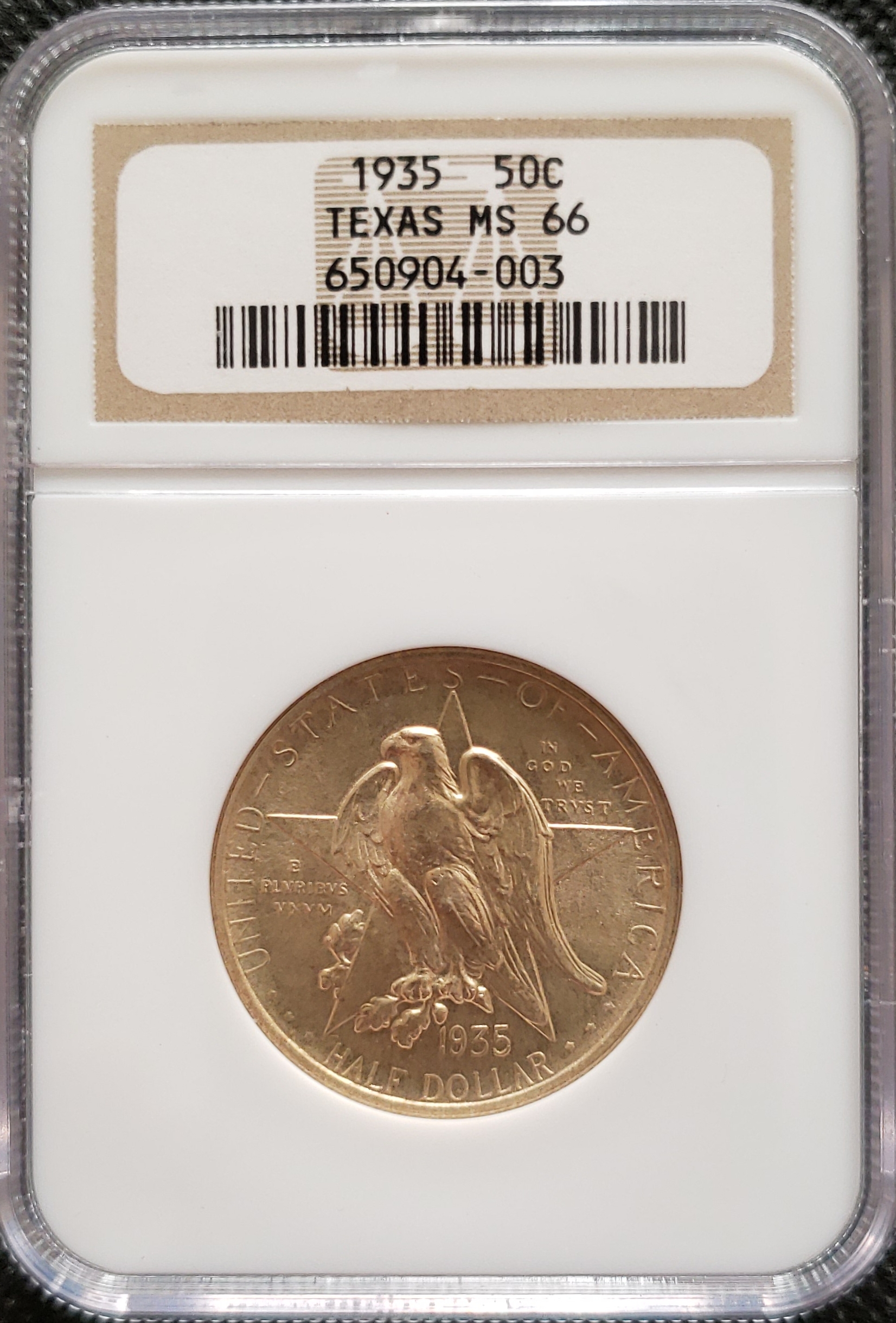 The central figure on the reverse of the coin is the kneeling figure of winged Victory. In her right hand is a spray of laurel, while her left hand rests on a representation of the Alamo. Beneath each of Victory’s wings are portraits of the Texas heroes Sam Houston and Stephen Austin. 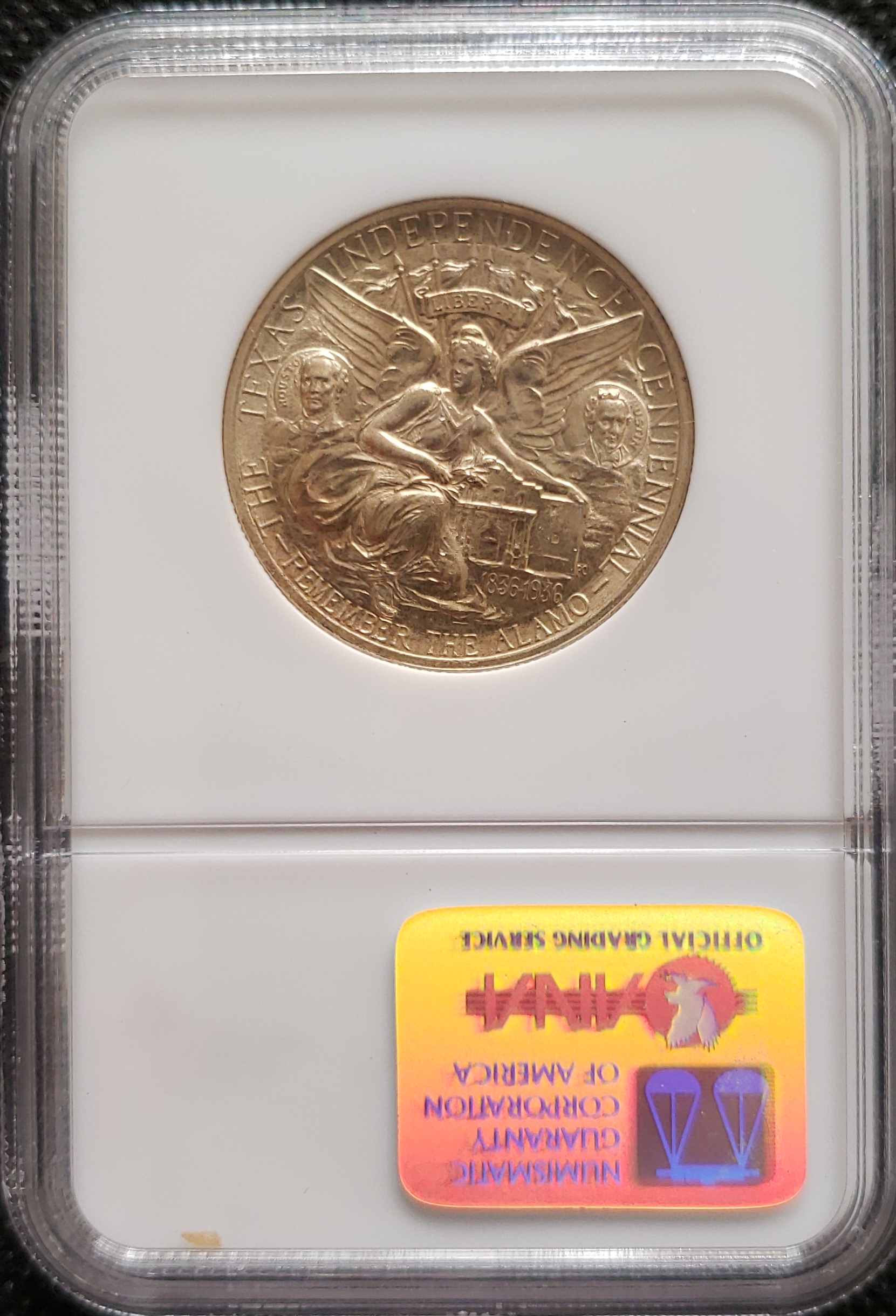