"The 1998 Black Revolutionary War Patriots Silver Dollar was issued to mark the 275th anniversary of the birth of Crispus Attucks. He was the first patriot killed during the Boston Massacre in 1770, one of the events leading up to the Revolutionary War. A portion of the surcharges would go towards a Black Patriots Memorial in Washington DC." 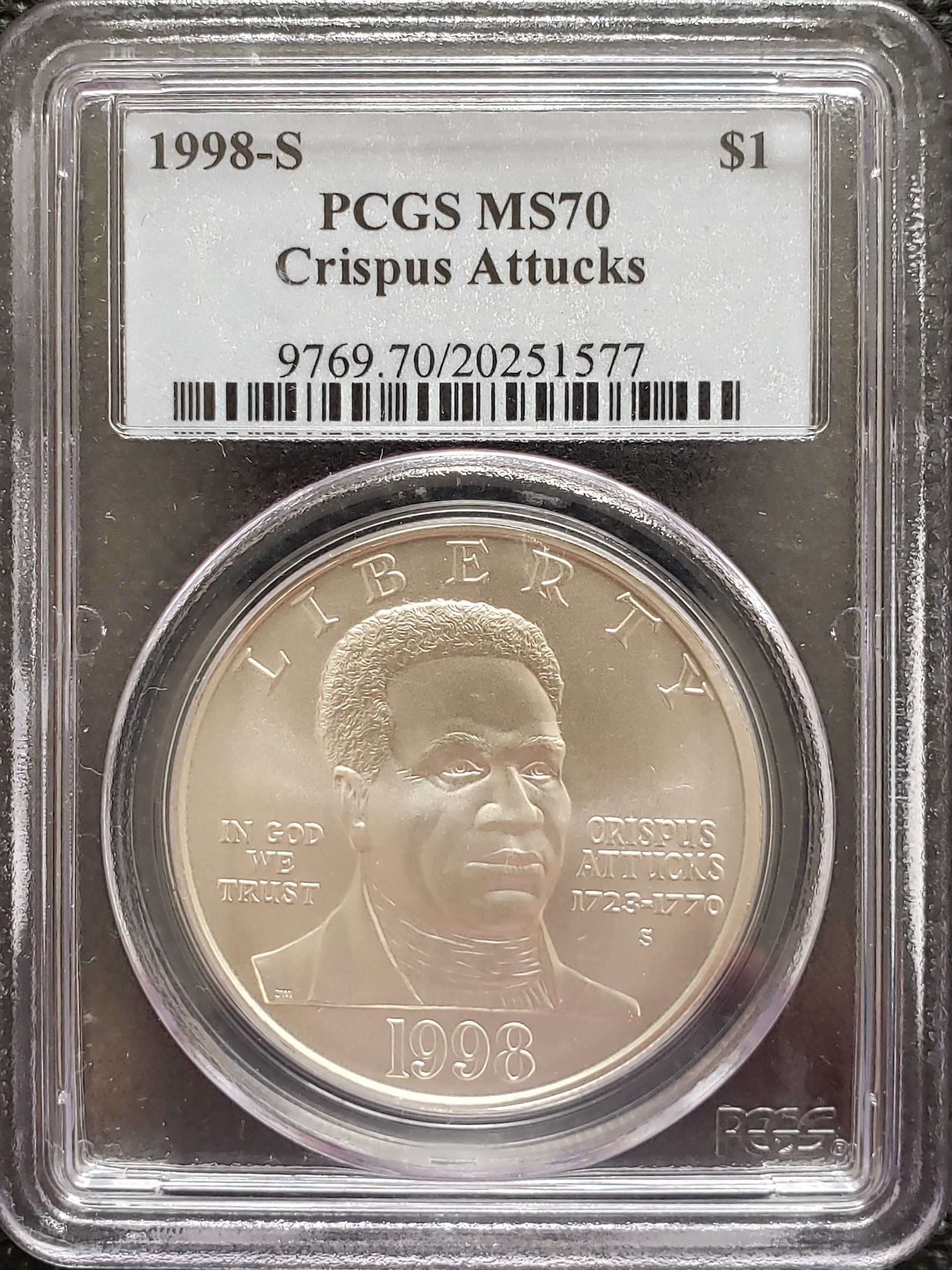 The reverse of the silver dollar presents a detail from the proposed Black Patriots Memorial. The bronze sculpture was designed by Ed Dwight, who is also given credit for the coin design. 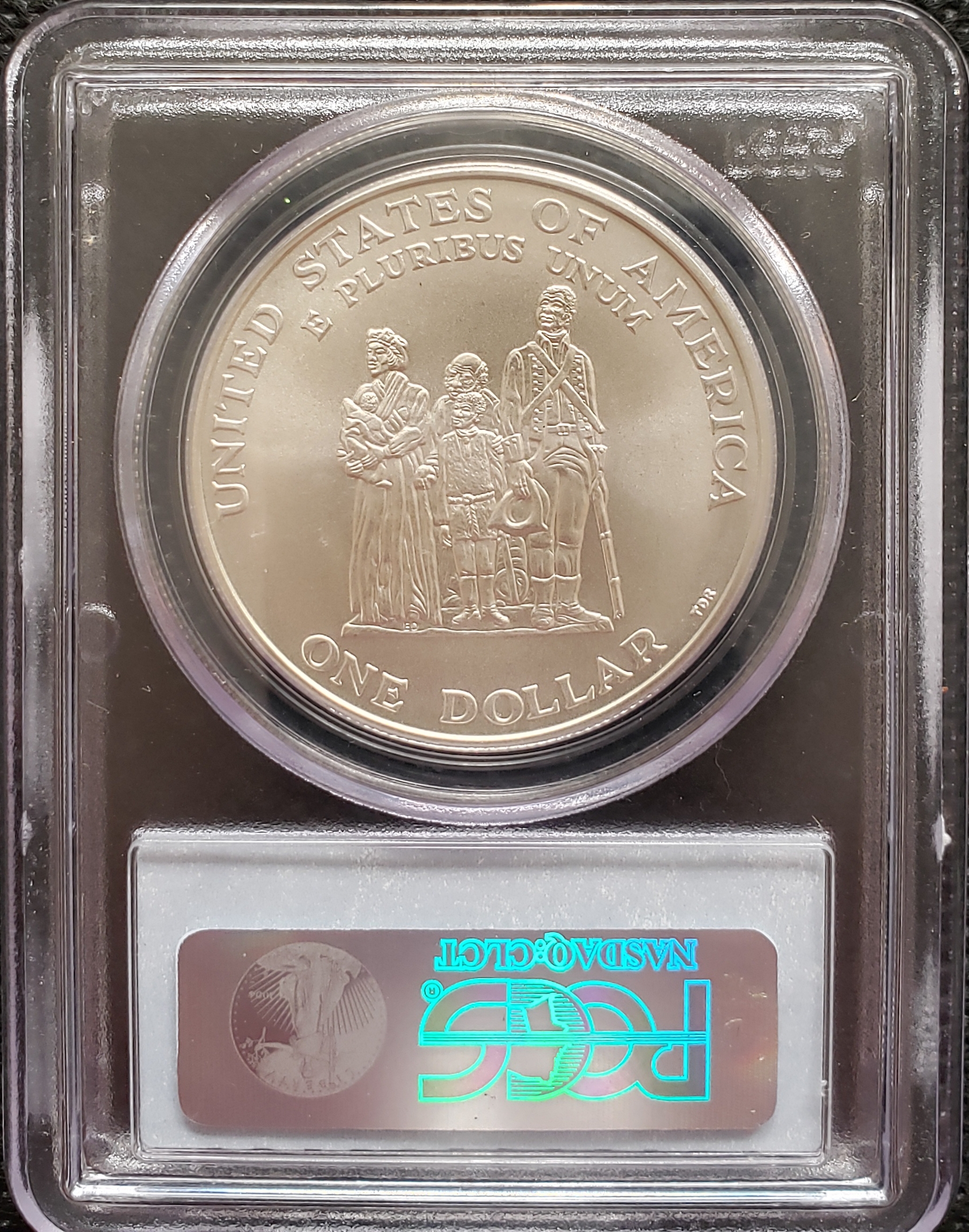