"The 1925 Stone Mountain Memorial Half Dollar was one of four different commemorative coins issued for the year. The coins were authorized to commemorate the soldiers of the south and recently passed President Warren G. Harding. Ultimately, the former president did not appear on the coin, which instead took focus on two heroes of the south."

"Gutzon Borglum was the designer of both the obverse and reverse of the coin. He had been commissioned by the Stone Mountain Confederate Memorial Association to create a monument to the leaders of the south on the large deposit of visible solid granite. His initial plans were for a carving 200 feet high and 1,300 feet wide. Completion of the monument would not take place until 1970 by a different sculptor and on a smaller scale."

"The obverse of the Stone Mountain Half Dollar features an image of Generals Robert E. Lee and Stonewall Jackson on horseback." 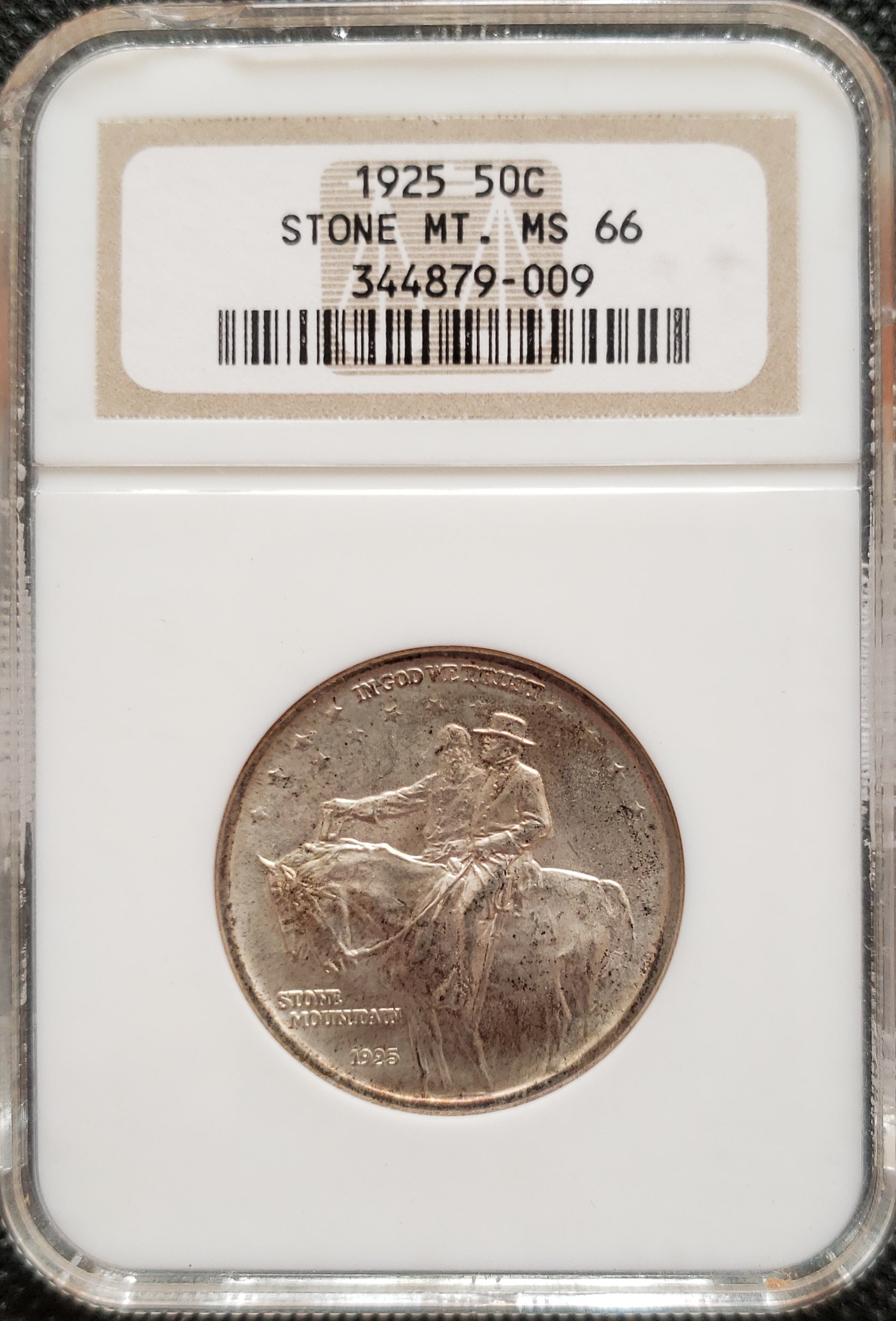 "On the reverse is pictured an eagle poised on a mountain crag with stars visible in the background." 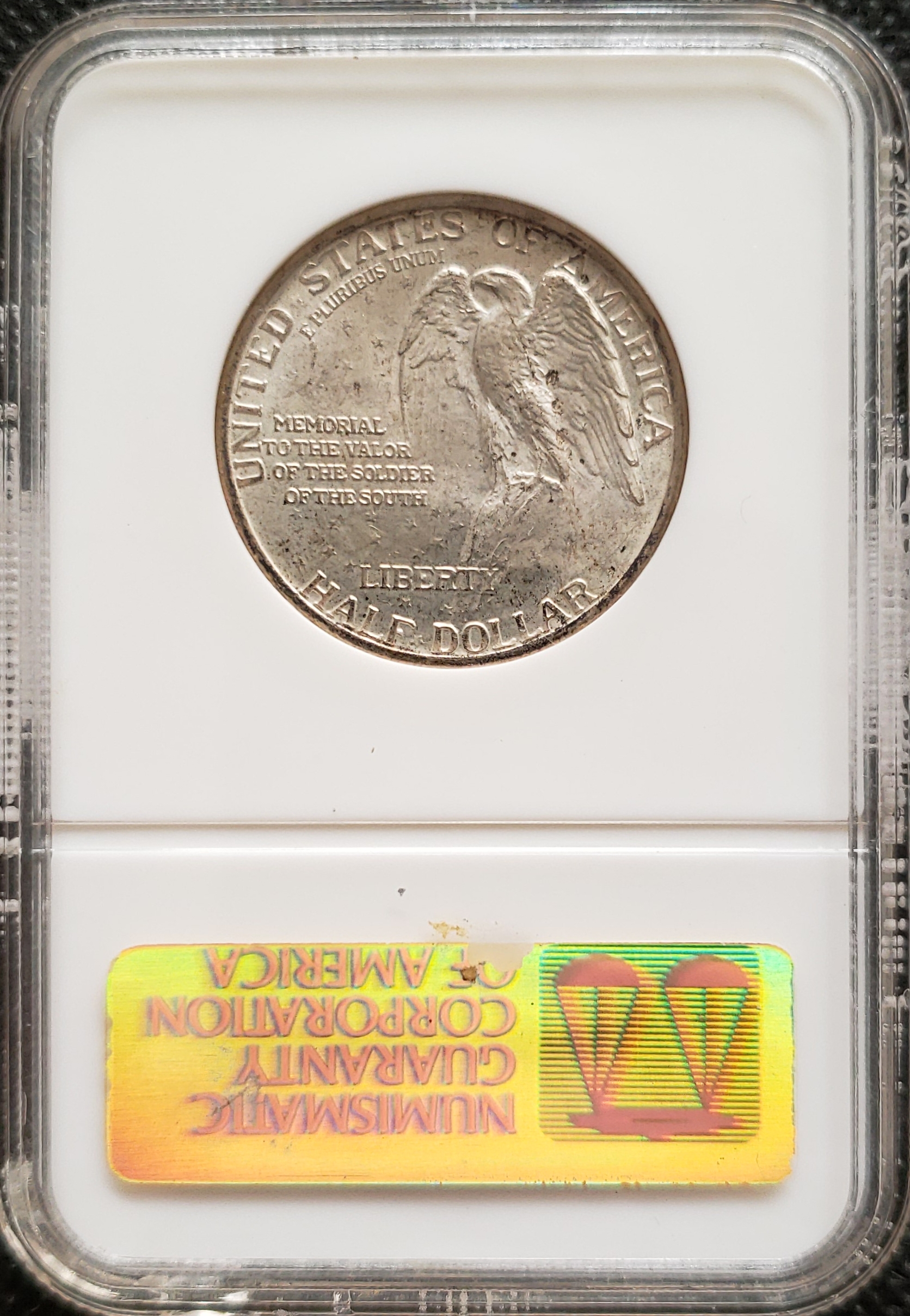