"The 1997 Jackie Robinson Silver Dollar was issued in commemoration of the 50th anniversary of his appearance in a major league baseball game as the first black player. Surcharges added to the cost of the coins were paid to the Botanic Garden Foundation and the Jackie Robinson Foundation."

"The obverse of the silver dollar portrays Jackie Robinson sliding into home plate. This recalls when he stole home plate in a 1955 World Series game.

It was designed by Alfred Maletsky." 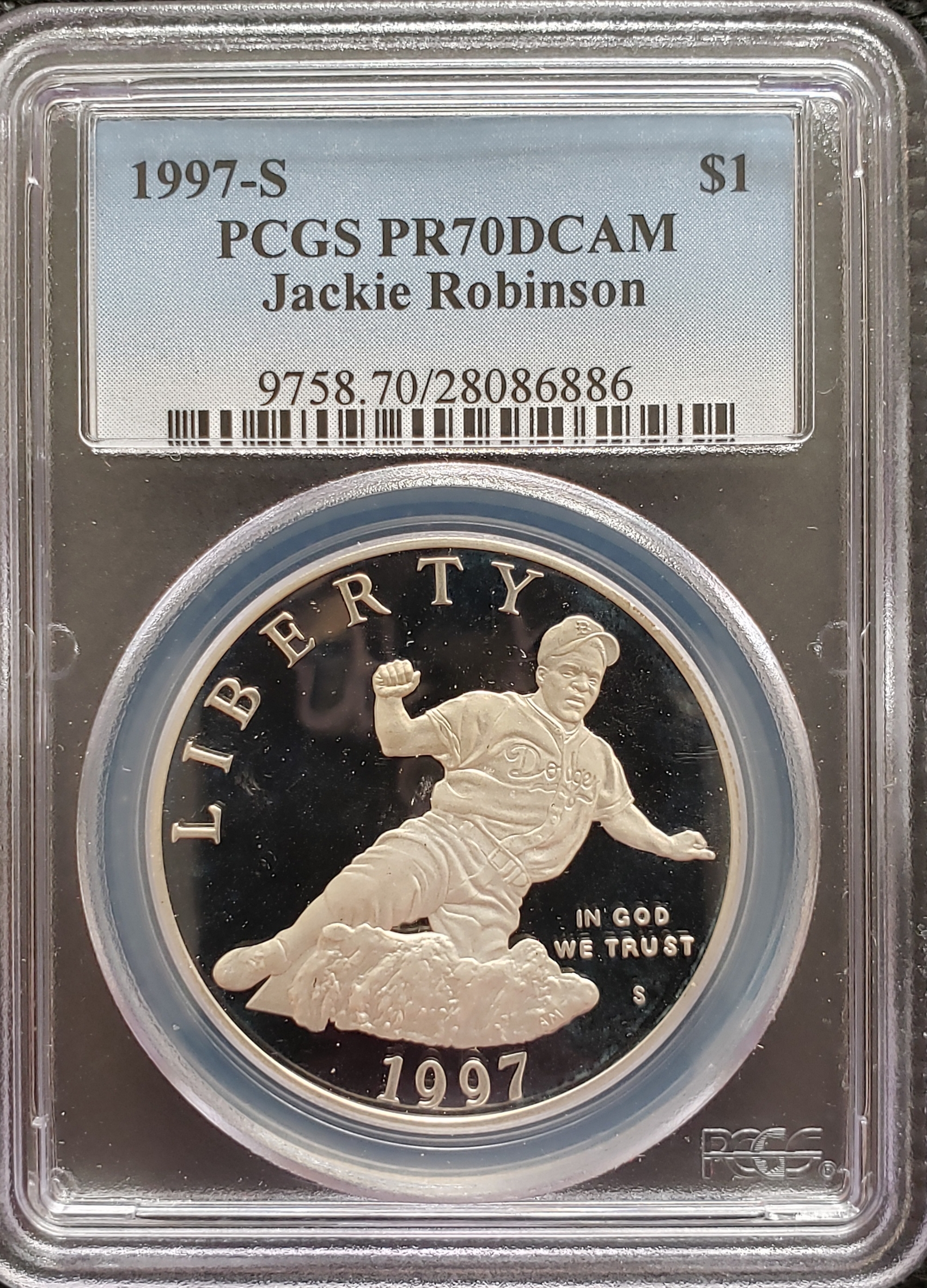 "The reverse of the coin displays the logo of the Jackie Robinson Foundation.

It was designed by T. James Ferrell." 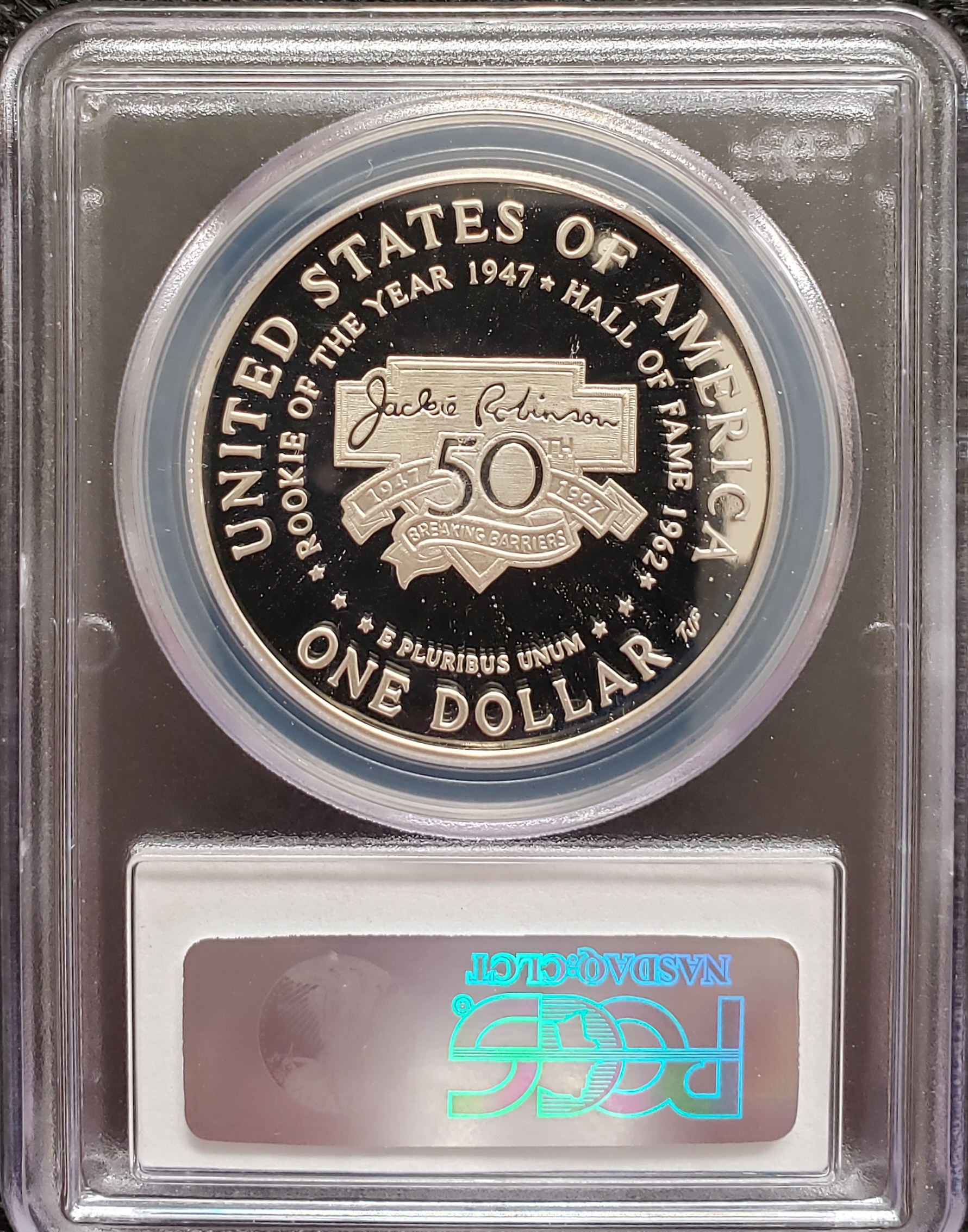