"The present issue was authorized to mark the 400th anniversary of the “Old Spanish Trail”, which extended from Florida to El Paso. This was the path traveled by the pioneer Alvar Nunez Cabeza de Vaca during the years 1528 to 1536. The authorizing legislation was passed due to the efforts to L.W. Hoffecker, who set up the El Paso Museum Committee to distribute the coins. He would also create the designs for the coins, which would be modeled by Edmund J. Senn. Some numismatic literature has questioned the appropriateness of this issue and claimed that it was produced to the benefit of a “one-man operation”."

"The obverse of the coins featured the head of a cow, which is a literal translation of part of the explorer’s last name Cabeza de Vaca." 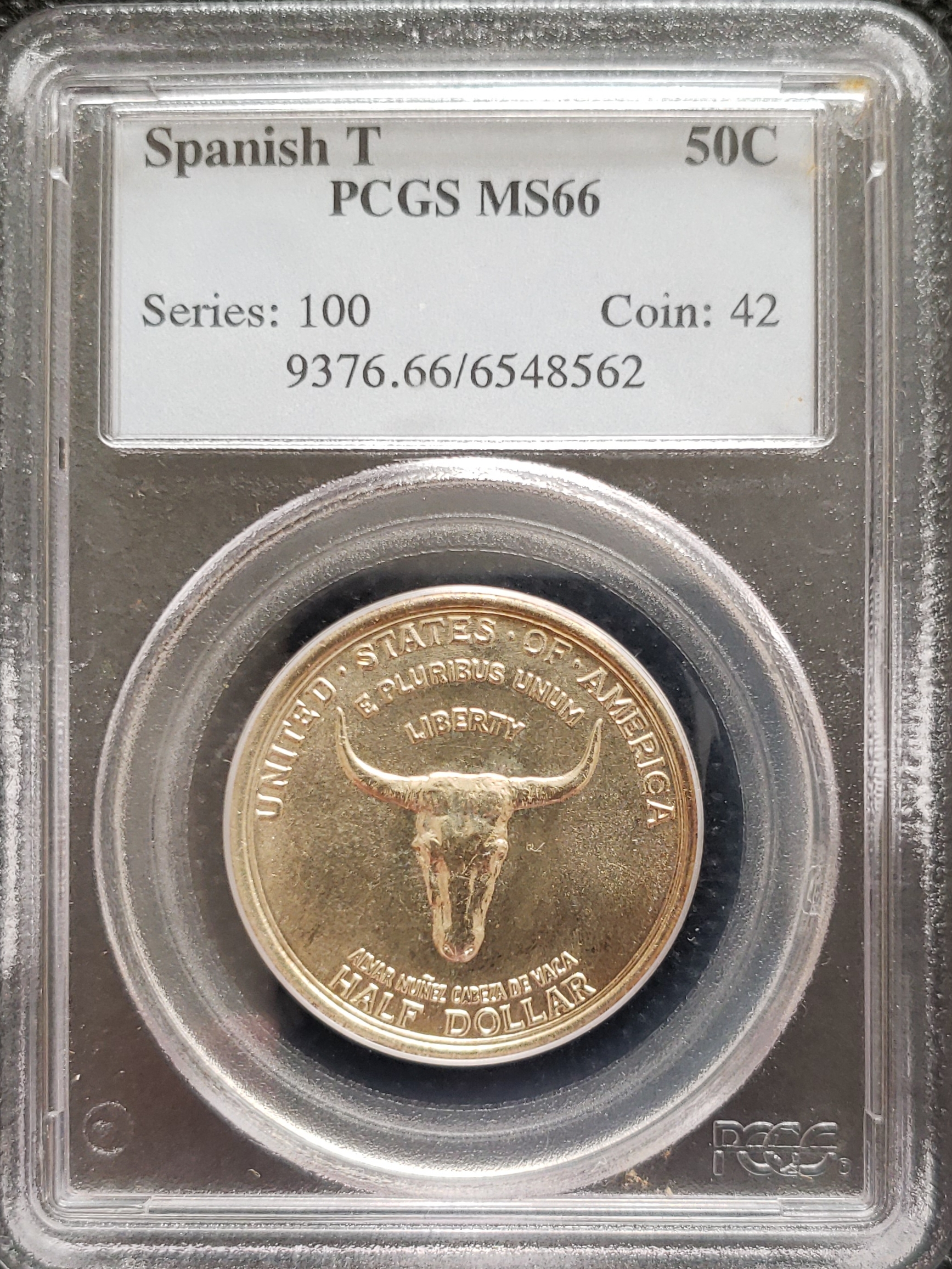 "On the reverse is a section of the southeastern United States with a line marking the trail. A yucca tree in bloom is superimposed over the central portion of the map." 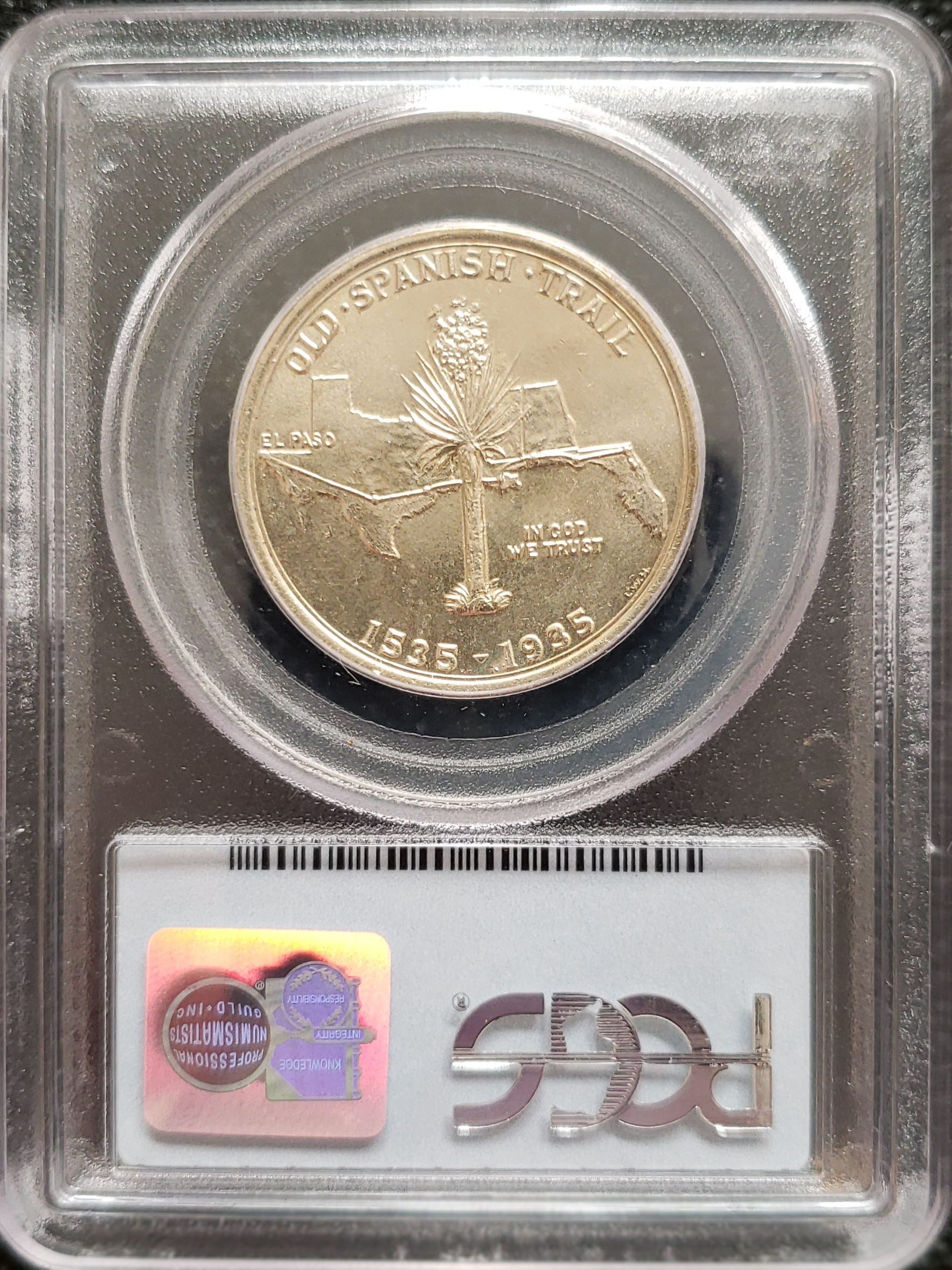