"The 1997 National Law Enforcement Officers Memorial Silver Dollar was issued on the sixth anniversary of the dedication of the memorial, which honors more than 14,000 men and women who lost their lives in the line of duty. Surcharges added to the cost of each coin were used for preservation of the memorial."

"The obverse of the coin depicts two Park police officers making a rubbing of a fallen officer’s name. This was designed by Alfred Maletsky based on a photography by Larry Ruggieri." 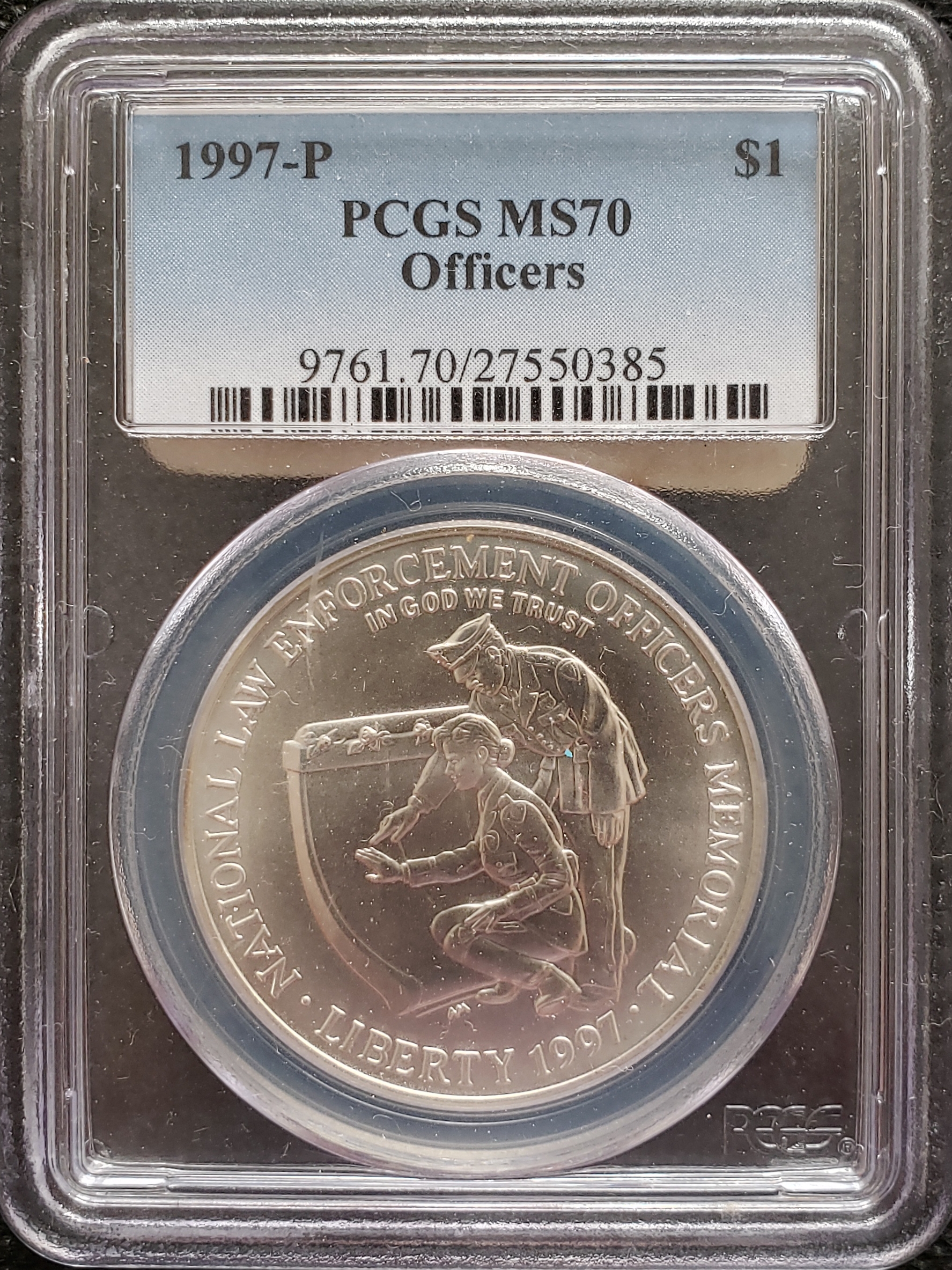 "The reverse of the coin features a shield with a rose across it to represent the sacrifices made by the officers." 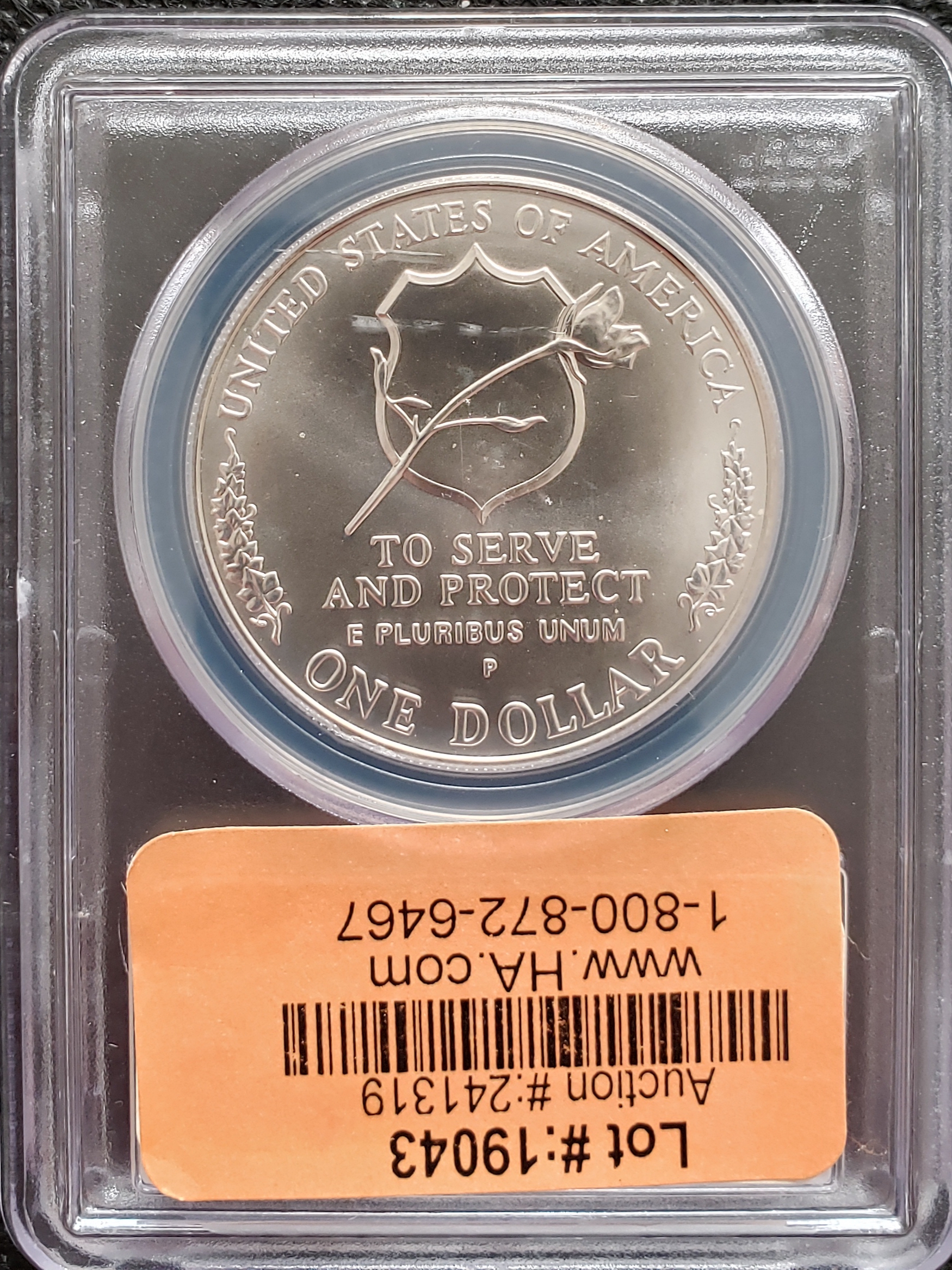