"The issue commonly referred to as the San Diego Half Dollar was authorized to mark the California-Pacific International Exposition. The commemorative coins were first issued in 1935 struck at the San Francisco Mint, and later in 1936 struck at the Denver Mint."

"The obverse design was based on elements of the California State Seal. Minerva is seated with a spear and shield bearing the word “Eureka”, a grizzly bear is to her left, a horn of plenty is to the right, and a ship and miner at work appear in the background.

The designer of the coin was Robert Aitken, best known for his design of the 1915-S Panama Pacific $50 Gold Piece." 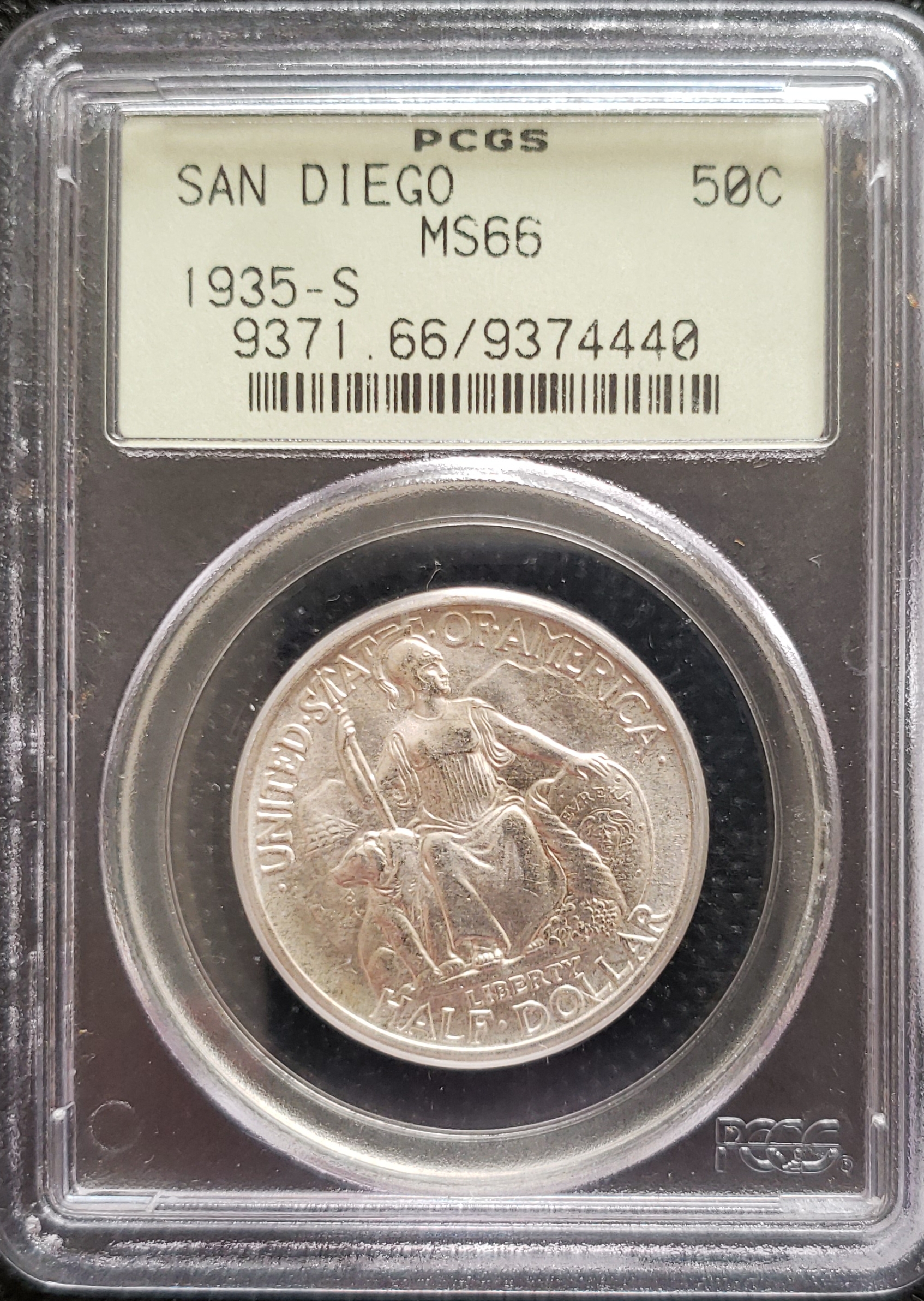 "The reverse image includes two of the exposition buildings, the observation tower and the Sate of California building." 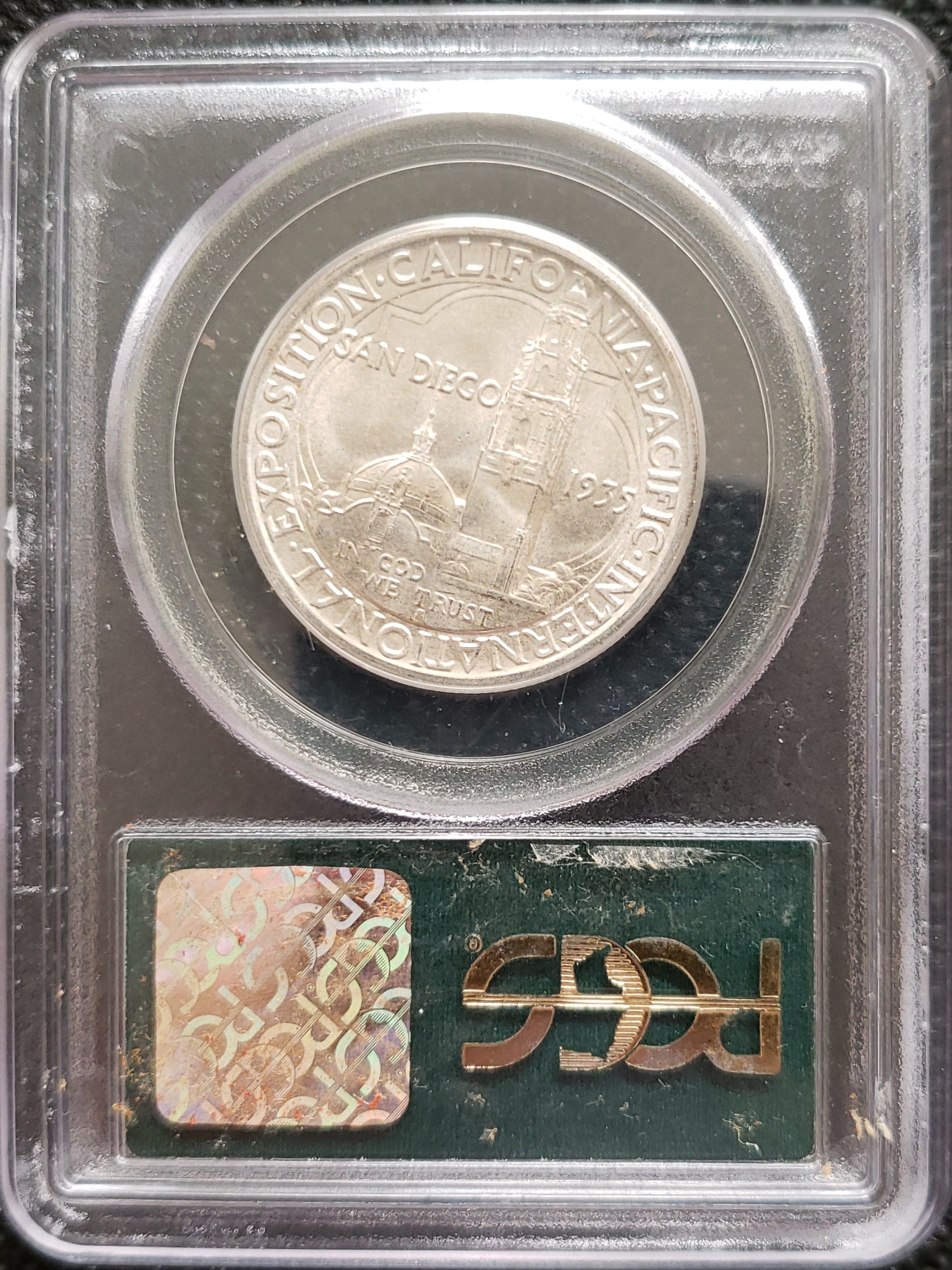