The History of Music: The Sodomy of Notre Dame

A quick post today filling in a gap in history from my previous post in this series:

In the previous installment of this series, we learnt about how notation came to be formed from ancient neume notation to something a little more familiar to what we use today.

The most important aspect, developed by Guido d'Arezzo, was the creation of reference points by the implementation of clefs, which allowed those who would sing in one church consistently sing the same thing, at the same pitch, as people in a church at the other end of the country.

This was great since the Church was the main power at the time, and they were trying to implement standardization across the board.

There was still no real need for rhythm at this point, since everybody just kind of had a feel for the pace by practicing together and considering word length - everything was plainchant; monophonic, choral music (at least the religious music; secular folk music was another thing entirely).

But things weren't always to be this way.

The Sodomy of Notre Dame

With a 50% chance of survival, the famed cathedral has more history than most of us care to read up on, but one pretty relevant development that was undergone there was the creation of the Notre Dame School, which gave rise to Polyphony - Meaning 'many sounds', or MORE than one note being played at a given time.

Sure, before they had lutes and Hurdy-Gurdy's and the like which could play polyphonically, but in standardized music this was mostly unheard of and far more rudimentary. Its blueprints are largely sourced from a French composer by the name of Léonin within this school, who sought to enhance the music of the time with more colourful embellishments.

This was not always welcome - change never is - and many described the sound as too girly. Well, people said that about the fork of all things, refusing to use it as recently as the early 1900's. So it's not really surprising coming from humans.

Many felt the intimate weaving of men's voices was even sinful as it reflects sodomizing behaviour. But humans tend to like sodomy so I guess that was an insufficient deterrent.

As things developed, vocal roles changed and more freedom was given to the upper ranges as the melodious voice, with the role of accompaniment to others. This was done with simple harmonic techniques, such as one voice following the other but starting in different places, or one voice holding a single note while the other explores other places (oblique motion). In fact, the term 'Tenor' literally means 'one who holds'.

The invention of Rhythm

With now different singers doing different things, rhythm starting to become an issue. To get around this, Léonin came up with 'Rhythmic modes'. Taking inspiration from poetry, he implemented six rhythmic patterns based on groups of 2 or 3, something kind of similar to morse code:

There was a little rhythmic detail in there but that's the general gist. With this implemented via different note shapes, a complex and more comprehensive form of written music was taking a form that had reference points AND rhythm!: 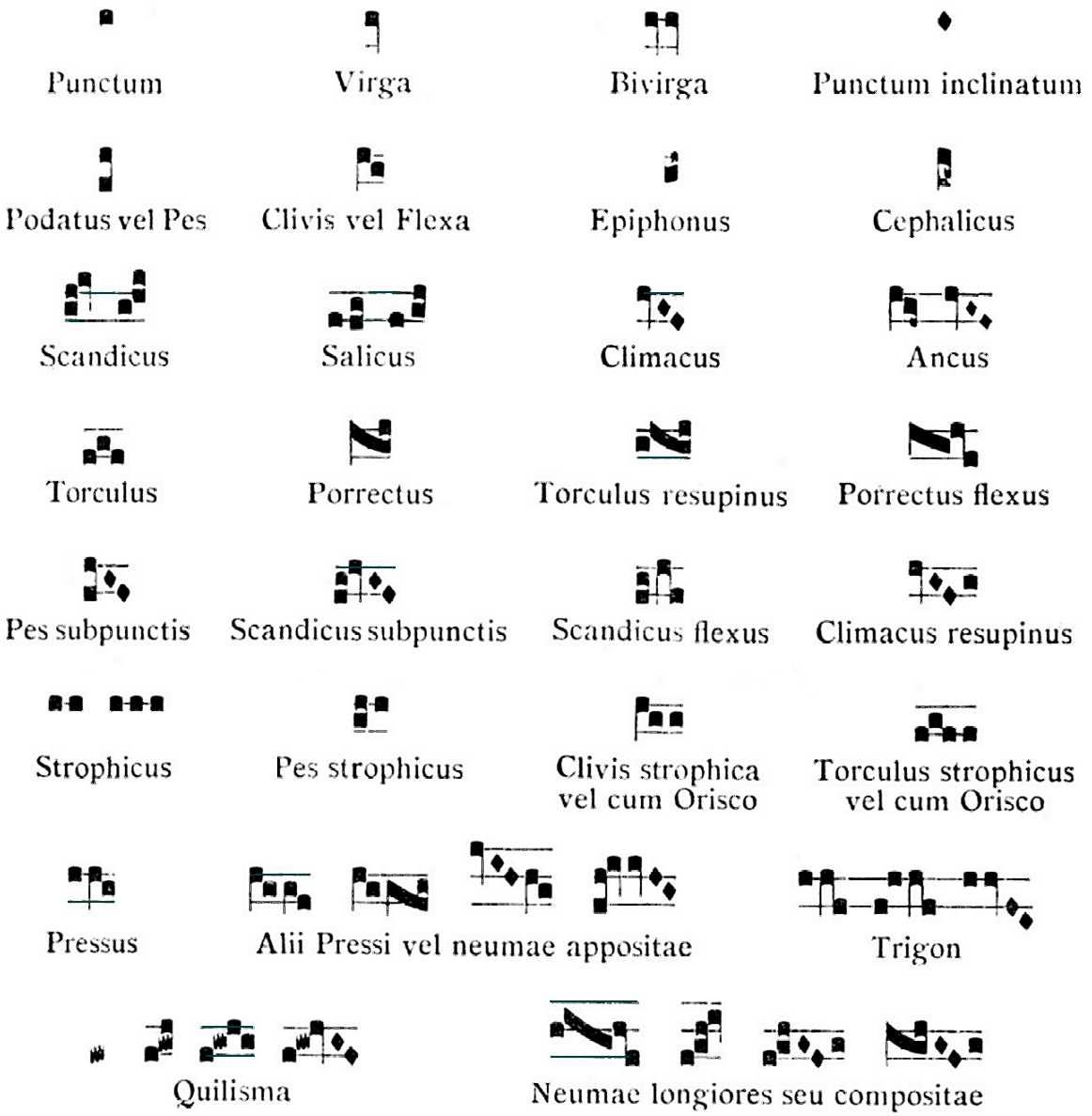 So there you have it! The famous French Cathedral gave rise to harmony in the form of polyphony - which we will delve into in the future, of course - and rhythm. And now it's burnt to a crisp.