EDIT: This post is totally pointless now because he is back! 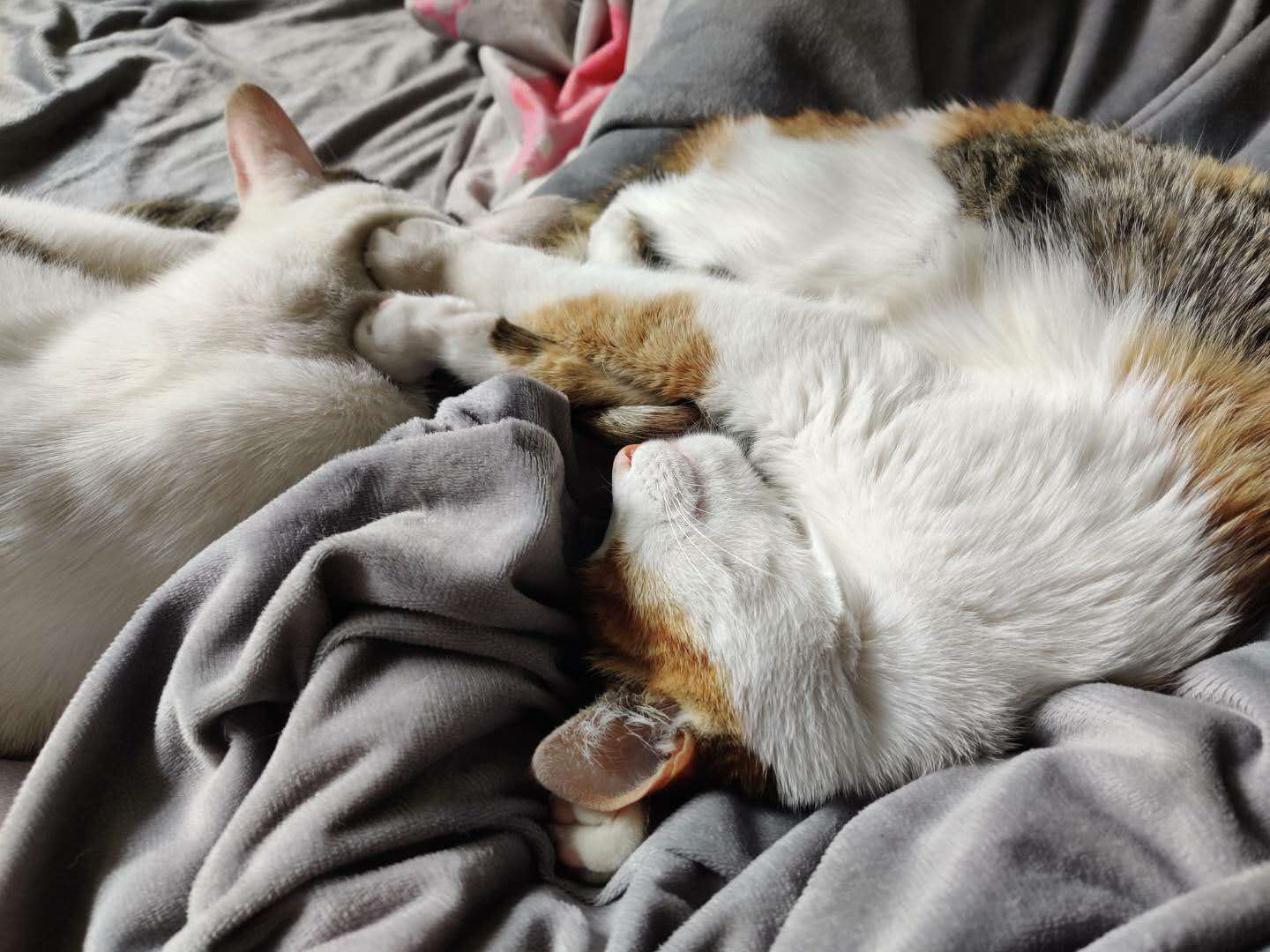 I don't know how, or how much my efforts helped, but he came back on his own, extremely hungry, thirsty and tired. He went straight to the food, ate until he vomited all of it out (huge amounts), then ate more, then drank for a straight ten minutes, then slept, where he continues to sleep now, 12 hours later.

His collar was missing, which makes me think of highly suspect behavior by people (though it's technically possible it could have come off, but very unlikely), and I'm hoping my efforts spreading posters online and in the streets spooked a local into dumping him again.

Or maybe he really did just get stuck and it took 4 days of desperate hunger to inspire him to freedom.

I don't know, but he's grounded for at least a month now, possibly forever. Yay!

Before you begin. I guarantee this is an extremely boring post. I just need to write it where it won't go away. It's the end of day 3 now, and my hopes are shaken, my emotions crushed.

I've done and will continue to do everything I can, but at this point, I can't imagine him finding his way back to me. I hope I'm very wrong. Smash was always destined to have a Steem career, once he got the hang of how the blockchain worked. But he's lazy and prince-like - he expects everything to be waited on him, paw and foot.

That prince-like behaviour is what makes this whole ordeal so much worse for me.

He isn't a survivor. Indeed, he has gotten himself stuck in places numerous times in the past, jumping down to a place he can't get back up and so on. I was always there to rescue him, though, even when it took a neighbour to lend me their ladder to climb atop a stranger's roof. 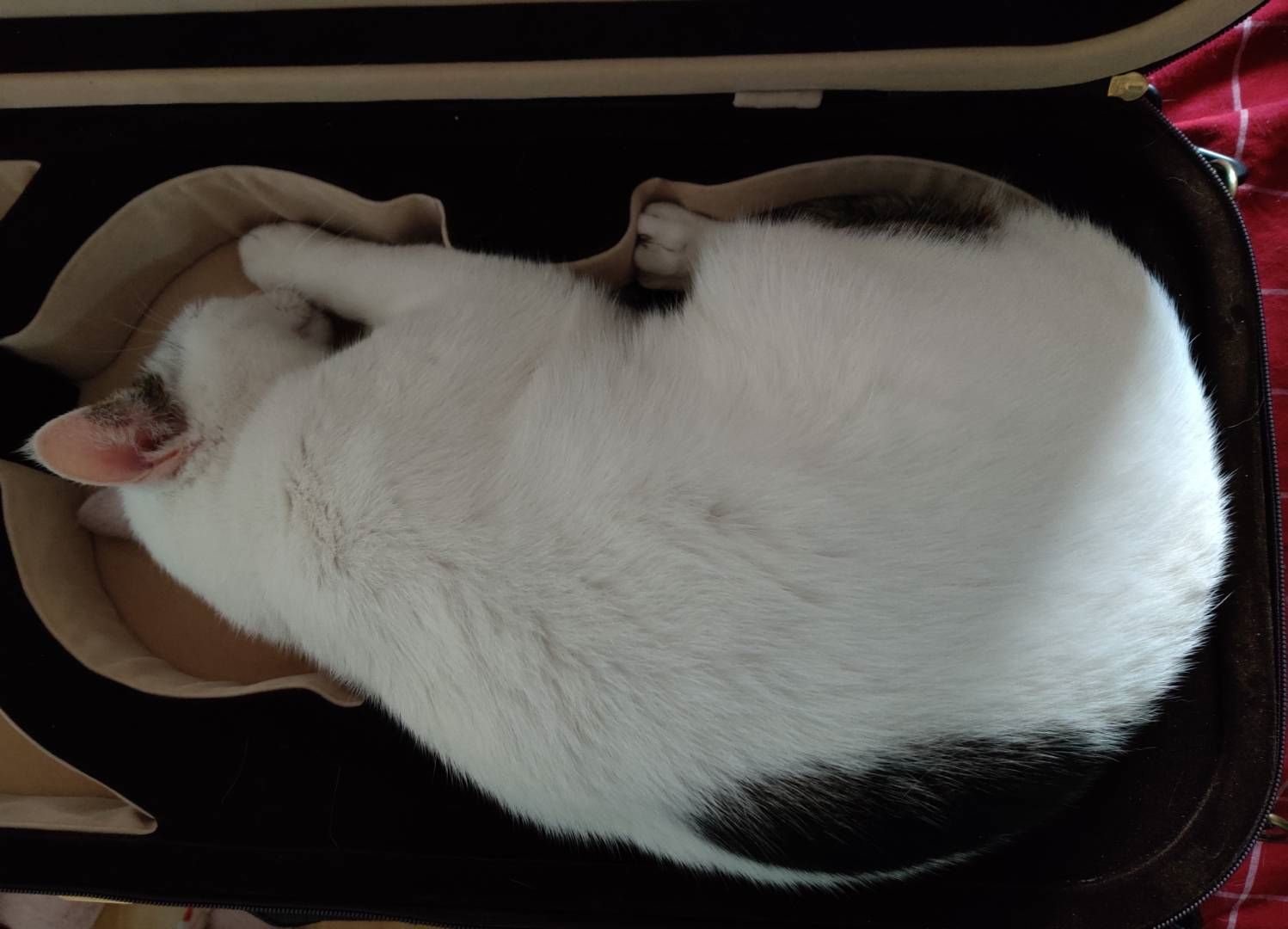 So where did he go? I've can't even begin to imagine.

He has lived in this apartment for about 2 years now, and perhaps on 3 occasions, he has wandered off for, oh, about 3 hours. These times worried me a lot because it's not usual for him. He is neutered and has no desire to chase girls, and he has nothing to run away from.

Outside of my backdoor is a large, 40-metre catwalk-type balcony overlooking a private bamboo garden. It's perfect and he knows it. Why would he ever need to leave? Curiosity has gotten the better of him a couple of times but that's it.

So it was very alarming to me when, the day before his disappearance, he was out and about until as late as 8:30 pm. I normally get him indoors before sundown. He's mostly an indoor cat, just with a few hours on the weekends to enjoy the sun.

I saw him running back from a side street (I like to keep a very close eye on my cats while they're out).

Then, the next day, because of this scare, I wanted to bring him in at 3 pm but he refused. By 6 pm, it was getting dark so I was trying to convince him to come in but he just stared at me, enjoying the fresh air.

I took a video of him being rebellious and went inside to look for something that might sound like the shaking of a bag of his favourite food, and by the time I came back, he was gone. That was the last time I saw him

What I could do

Well, I sat at the back door for hours, until midnight, and I slept with the door wide open, with shallow, haunted dreams, constantly one eye of consciousness open at any familiar sound. He had only recently been installed with a microchip and a new collar with a bell and my phone number on it. Sod's law determines these efforts to be pointless.

The police here were very kind and allowed me to check their security footage of the streets where he could have gone, but strangely he was not seen in either of the side streets by my home. The only answer, therefore, was that he either climbed over the cameras across gates or crossed the main street where I had no access to those cameras.

So I put up, over the last 2 days, about 50 posters with a $150 reward (a lot for the locals here), at first in the immediate area, and then branching out further to what would be reasonable before hitting, say, highways.

During that time I spoke to a few people here and there, policemen, etc and everyone has been very nice, but nobody has called me at all.

So I expanded online tonight, with posters going into groups of 750, 450 people who then share in other groups and so forth, and I shared on my social media which was immediately shared again by dozens, including to animal shelters.

I handed posters to nearby pet shops, I put the poster on a cat selling website, and I've spent the last 3 days and nights on the streets calling his name in increasingly off-road places.

I've heard some responses, but not very constructive ones. One person claimed he ate their cat's food just across the street, but if this were true, why couldn't he just come back? He would know that small distance absolutely. He has a perfect, safe bamboo garden, guaranteed food, and water, warmth, and territory of his own. And his sister Chompy. So unless they see him again with more certainty, I can rule this out but bear it in mind.

Another said they saw a cat with a red collar like his, but 6km away. That's almost as far away as the airport in the space of about 30 hours. This is possible if he had a lift in a car, but then why would he be on the streets there? It's hardly common for cats to be trapped in cars unbeknownst to the drivers, and then somebody would report on it despite only having posters locally?

But that's all I have after 3 days.

People are telling me stories that, on one hand, are encouraging. Their cats randomly changing behavior and getting lost, turning up 4 days later, or in one case, 4 months later. But these are typically outside cats.

If my other cat Chompy were to get lost, I would not be nearly as worried. Even if I never saw her again, she was born on the streets, she is an excellent hunter; she could easily survive for years just catching bugs. She's fast, agile, slender and not picky with her food. A survivor.

Smash... He's a prince. At no point in time has he ever eaten food from the floor, or from trash or anything that isn't specifically 'cat food'. He won't even touch delicious chicken or tuna unless it comes from a pack. He has no idea where to go or what to do out there, and he has no ability to track his way back if possible. And, if he's gotten himself stuck, well, he's not slippery and flexible enough to jump his way out: he's a 5kg indoor blob.

But this just raises the question that has been eating away at me since this began... why? Thinking of all instincts of cats or any other element of reality... nothing can explain why he suddenly, out of the blue, just walked away never to return.

He was in a protected area atop a place where humans couldn't reach, a place where, if spooked, he could just return home quickly and safely. He has no interest in mating, no beef with other cats in the area (I'm familiar with them all). And it all happened in about 2 minutes.

2 minutes to make the decision to up and leave.

Smash is my Rock

I watched smash be born, on the eve of Chinese New Year. I took him into my home and we've been together ever since. We've been through a lot together, from moving homes to getting lost, depression, broken legs, rescuing other cats and so much more. In my worst days, he was a constant. Something I could rely on just being there, not judging me, just lying on my chest preventing me from looking at my computer.

I can't actually imagine China as a country without Smash. This idea doesn't make sense to me. In fact, I just can't imagine my future without him. My plans were to take him back to England where he would be more guaranteed to be safe, so I had security measures put in with the chip and collar. All this to prepare him for a journey he may now never take. I had dreams of a home with a nice grassy garden for him to experience for the first time, watching him be annoyed by Chompy following him around in the summertime. The 'perfect' life for me, whatever else that entailed, included Smash. Now I have to literally re-think my entire life.

That sucks. It really sucks.

My dreams are dominated by him right now, and I just hope they come true because they are all positive.

I won't give up. Nothing I can do now will logically improve my chances, but I will do them anyway in case I'm wrong.

I've spent more time expressing sadness and fear for another living thing in the last 48 hours than I think I ever have in my entire life.

So, to the cat that never managed to start his Steem career:

Come back to me, Smash. I miss you