I've been paying a lot of attention to this 'Hive Exclusion list', as it seems like it's being portrayed as racial extermination or whatever.

I personally do have a problem with it as the very idea is a lot more nuanced than can possibly be done with some lines of code. Removing the Ninja-mined stake, well, I don't think many people oppose it.

However, it was done using lines of code. It was not coded to exclude certain races or communities, but actions.

You may disagree with this, and that's fine.

So Hive is a dictatorship, after all

Certain people were excluded from a kind of 'airdrop', in which their tokens on Steem get copy-pasted 1:1 into Hive.

Nobody gets censored or controlled, and everybody - even Justin Sun - is still perfectly capable of signing in with an account on Hive. Everyone is also capable of getting upvotes and rewards, too.

Everybody is still free.

For the most part, this was a decision executed - flawlessly or not - to exclude those who openly opposed Hive and supported Justin Sun, who is demonstrably opposed to decentralization.

For reference, just look at the current front page of Steemit.com and the code actively censoring certain users and terms he doesn't like (blocktrades, hive etc.)

If people are opposed to Hive, then I see no problem excluding them from an airdrop - while still giving them all the same access and rights as everyone else.

In short, people are upset they are not getting free money.

But there is a catch

Clearly, some users were caught in the crossfire. This is because, as I said, code is not as nuanced as the human touch, and should your activity match the criteria of the exclusion list say, by accident, ignorance or other reasons such as voting for all witnesses to keep a balance while discussions were being had, you end up losing out.

That sucks a lot, especially for those who seriously could do with a break and a boost.

Not everybody pays that much attention to politics. I remember clearly my first time voting witnesses. I voted the top 20. Just because. I remember considering clicking on the links to look stuff up but I was instantly bored and just left it at that.

One could say ignorance is no excuse, but I beg to differ. However, this debate is long drawn out and too late anyway.

Not really, no. What people are frequently failing to mention is that there will be an appeals system put in place which will be driven by community consensus, allowing those caught in the crossfire to get their airdrop like everyone else, albeit with some delay. This has not been completely ironed out yet, but its one of the most popular features of the proposal system from the get-go, so keep an eye on it.

This completely takes away from the argument of dictatorship, as it becomes up to the community to decide if an individual's appeal is deserving. Was that person actively attacking and endangering Steem, or opposing Hive? Were they genuinely just busy doing their own thing without paying much attention?

These nuances are the human touch that was absent in the original code which, to be clear, was a rush job to get this whole migration done as quickly as possible. Everybody anticipated numerous problems and the announcement reflected as much. It's frankly amazing the Hive chain simply worked first time round!

This process, all things considered, is about as decent and fair as it could be, and though you can rightly argue the exclusion list shouldn't exist in the first place, I believe the added appeal option adds a bit more color to the community while also demonstrating the nature of decentralisation and what it really means.

Anyone who feels they are in need (for some reason) can always use steem.chat or the bountiful discord channels to ask for help, and people such as myself and @pharesim have been more than happy to delegate to anyone in need. However, 'need' is a bit of a stretch here. Don't forget, everyone still has their Steem accounts, and Steem is still more valuable than it has been in months, and considerably higher in price than when Justin came around showing off that HE drove the value up to, what, 15 cents?

People on Steem still have their Steem, thus, nobody should find themselves in a desperate situation as a result of what happened. They just didn't get free money.

So. Let's have a look at this image by @Kopasi: 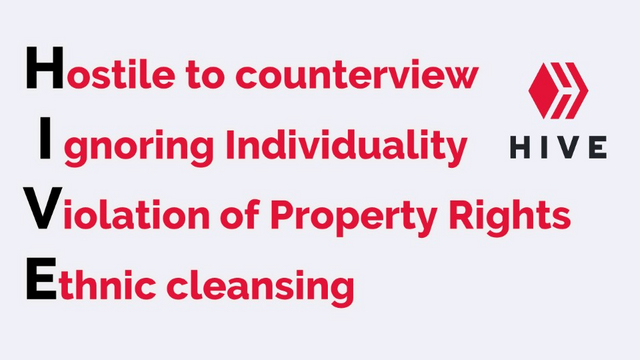 Nope. Everyone can still join Hive and express their counterviews all they want. If by 'hostile' you mean, people will criticize your opinion, then sure. Welcome to Earth, Twitter, Facebook, reddit, you name it. The point is to allow the freedom to speak, and the freedom to criticize such speech.

Steemit, on the other hand, is doing everything it can to censor and blacklist 'counterviews', the code of which can be viewed here on github which completely removes posts from Steemit Justin doesn't like..

You also may notice a flood of pinned, pro-Justin posts on the Steemit front page.

You also may notice that Justin has installed a new, updated ToS removing the rights for anyone to talk about any third party platform on Steemit!

Funny that. It seems pretty Hostile to Counterview to me.

Nonsense. The code executed at the beginning to prevent certain accounts from getting free tokens does, temporarily, ignore individuality. But if we look beyond the first five minutes, again, we have an individualistic appeals system that specifically pays attention to individual cases.

One action through one series of codes does not define a blockchain in the same way that the actions of one Korean do not define Korea, or one Hive witness does not define Hive (trust me, they do nothing but bicker most the time). If you are one who pays attention to individuality, you would understand that.

I don't even get this one. What property? Which rights?

This one is just trying to evoke emotion with the race card and for most people completely disarms the argument and exposes it for what it is: Desperate nonsense.

It reminds me a lot of the Chinese Communist Party. They know how sensitive the US is to racism and it has become a core focus of their propaganda arm. Calling out racism at every corner is a crucial part of their narrative to show the hypocrisy of the West.

That's why the Chinese Virus is a trending controversy, despite Spanish Flu and German Measles being completely acceptable.

Meanwhile in Korea... for decades now: 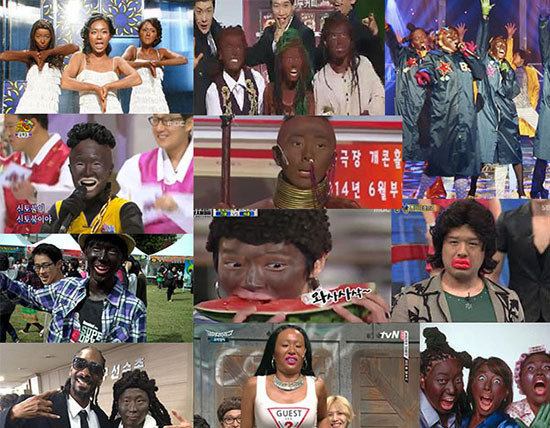 Sometimes, when one accuses you of racism so flippantly, it might be wise to look at oneself in the mirror. You may be surprised at what you see.