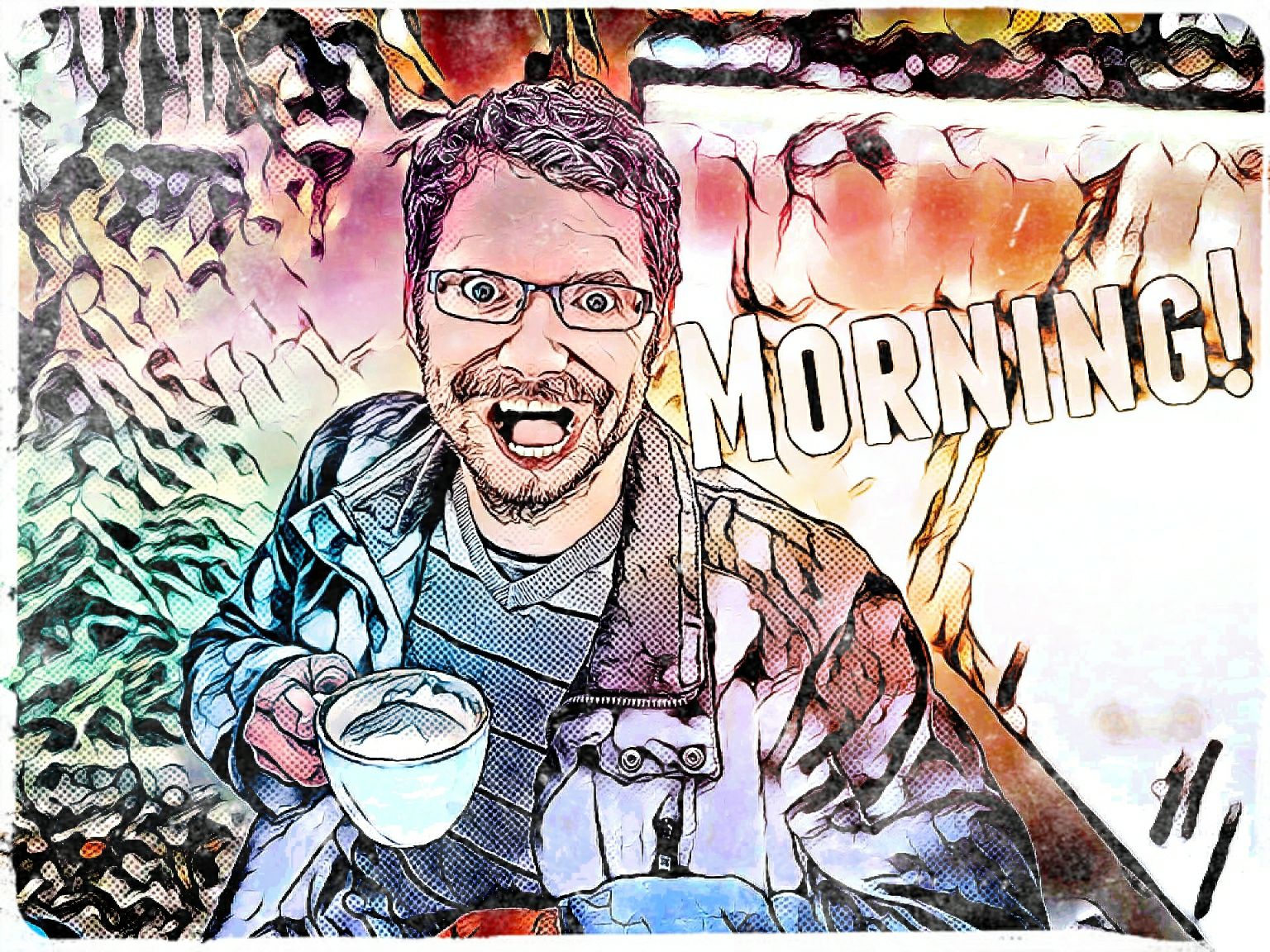 Despite forcing my way through an almost solid wall of wind and rain, I was fairly cheery upon arriving into the office.

It was nice and early, so I knew I was guaranteed my favourite seat. The one that actually used to be mine before hot-desking became a thing.

I sauntered up to it. Across from me was a snotty Business Analyst, Wetty.

He looked up and made a mew face of greeting.

I exclaimed loudly, slamming my bag down on my desk.

I beg your pardon!?

Wetty looked outraged as if he were a young beaver noticing that Greta Thunberg did not have a flipper tail.

I sat down with a flourish and craned my neck above my twin screens.

I said as if having to explain to an old lady that wolf bagging wasn't like it was when we were young.

Wetty made a peculiar coughing noise like a Badger in deep undergrowth.

I would rather you didn't say that, please.

Say what? Good morning? That's not very nice, I'm only being polite.

I replied in a hurt tone.

Not that and you bloody well know it. The other thing!?

Wetty looked annoyed. And disgusted. Even a little angry. Like a young shaved gerbil after a bungled insertion.

I smiled brightly at him to show that we were all cuntos here.

He winced then pursed his lips in a thin disapproving line.

He said this masterfully as if we're aboard his schooner and I were but a disobedient boy in the rigging.

Alright. What about cunty-baws, that any better?

He made a strange whimpering noise in reply like a Welsh rabbit lost in a fog.

That's it. I'm done. Your language is disgraceful.

Huffily, he gathered his things and mumped off to a desk on the other side of the office.

A few minutes later one of my colleagues Angles arrived and walked over.

I waved at the seat Wetty had only just vacated.

Morning, lass! I saved your seat for you.