One of the last heroes: Happy birthday, Mr Who **They are one of the most successful rock bands in the world, had hits like "My Generation" and created masterpieces like " Tommy ". Pete Townshend is the brains behind The Who, who after a long time without new music have rallied once more and made a CD as The Who. Pete Townshend today celebrates his 75. birthday as a man who has written history. A few of the most noticed works of rock was born in his brain, played on his guitar. And his still alive after sex, drugs, deaths and sickness. congratulation, Mr Townshend! **

Mr. Townshend, The Who is now just Roger Daltrey and you. Has this changed your work?

Townhend: Everything has changed. Working on albums felt like a solo project at first. Then Roger came along, he gave me tips and hints and when he started singing, the songs started to live as if they were old Who songs. But even though they are, some things are different. But you have to know: We lived as The Who for many years without the natural power of Keith Moon's drums. Keith got weaker long before he died. With John Entwistle it was different again, he always remained strong, but his strength as a musician was dexterity, not strength.

Is your relationship with Roger Daltrey different today?

Townshend: Roger and I, we are just happy. We both have each other, we've gone all the way together since school. Yes, we miss Keith and John, but we have Zak Starkey and other great musicians in the band. We don't hang out all the time together either. We accept each other more than we used to. We don't always agree, but we respect each other's point of view. Fortunately, it's easier to agree in pairs. In a band with many equal members, democracy rules because it is fair. But we know: what this system produces is rarely perfect.

In the past you were told that you had problems with your ears and therefore you could never play rock music again?

Townshend: Yes, my ears are getting bigger every day (laughs). Since 1971 everyone has been asking me about it. Back then, when I got the problems, I reacted quickly and stopped listening to extremely loud music. Even headphones, which have caused the most damage, I only use them when it is absolutely necessary. The whole thing doesn't affect my work today at all. It is only disturbing in normal conversation, in the car or on the plane. Sometimes I have to read lips.

Tell us how you write a song. It starts with a chord? A rhyme?

Townshend: It goes like this or like that. I have written songs that take as their starting point that funny sound from a cheap toy organ. I look everywhere for things that inspire me. But songwriting also has a lot to do with waiting. And with patience. You clear your head and wait. Strangely enough, the best way for musicians to open their minds is to make music. So you do. And suddenly the song is there.

You have written and published an incredible amount of music. Is it true that there is much more in their archive?

Townshend: Yes, there is a lot. But a lot is not finished. I have always published something on my "Scoop" albums. But there are still thousands of tracks left. Some of them might become real songs again, some of them I never pick up again. I write a lot of lyrics, not very good ones, but one day one or two of them will be good for a new song.

How does getting older influence your work?

Townshend: I put myself in the place of someone who suffers from getting older, who feels it like an illness. That's how I imagined my age when I started not being young anymore. Now I am old, and I feel younger than I did then. Getting old is like getting young, because there is a moment in life when age no longer matters. You can't push it away, so it doesn't matter anymore. I've arrived at that point. If you want to know about getting older, you should ask young people.

What do you do when you're not on tour and not in the studio?

Townshend: To be honest, my life is pure bliss. I have everything a man could want. I like to spend time by the sea, I sail then or watch wakeboarders. We have five dogs, they do a lot of work.

After all these years in the business-- what makes you most proud today? 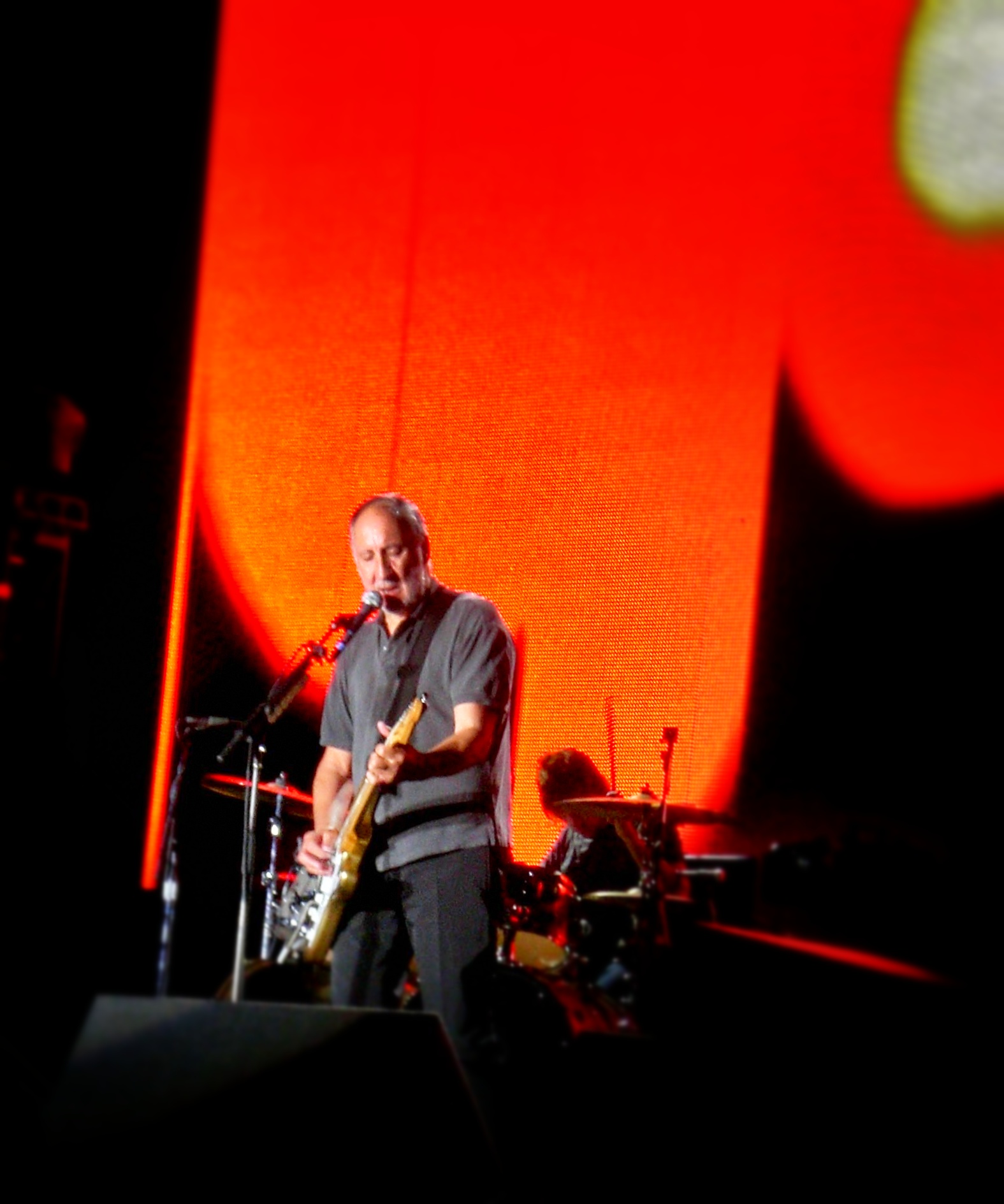