Read "Discovering endangered species on my exploration of the south Cape coast of Africa" on TravelFeed.io for the best experience

Greetings fellow travelers and wanderers across our fine planet. I have been exploring still further along the Garden Route coastline here at the heart of the south Cape coast of Africa, and I’ve come across some interesting life forms, the flora you can see in my last post, and today I want to mention the other creatures that share this coastline with us humans. 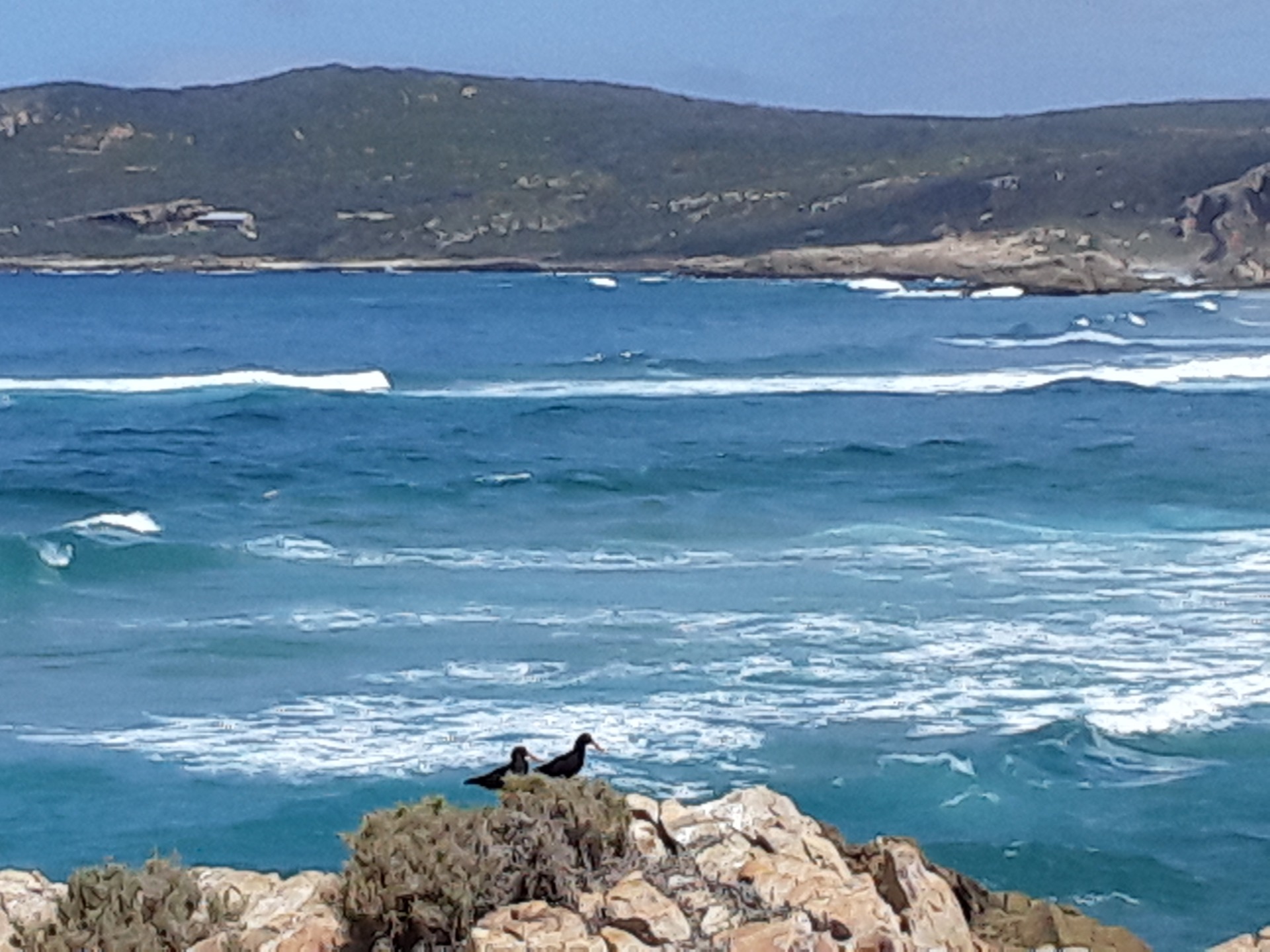 This pitch black little bird is an interesting specimen to observe, due to their curious bright orange feet and beak that stick out form the distinctly black feathers that cover the body. They are a shy and retiring type, as are most birds of course, except for the local seagull. So I was inspired when finding a pair of oystercatchers on my expedition recently. They are not quite a threatened species yet, but are considered “near threatened” with less than 7000 adults known to inhabit the entire Southern African shorelines, from Namibia in the west to Mozambique in the east. 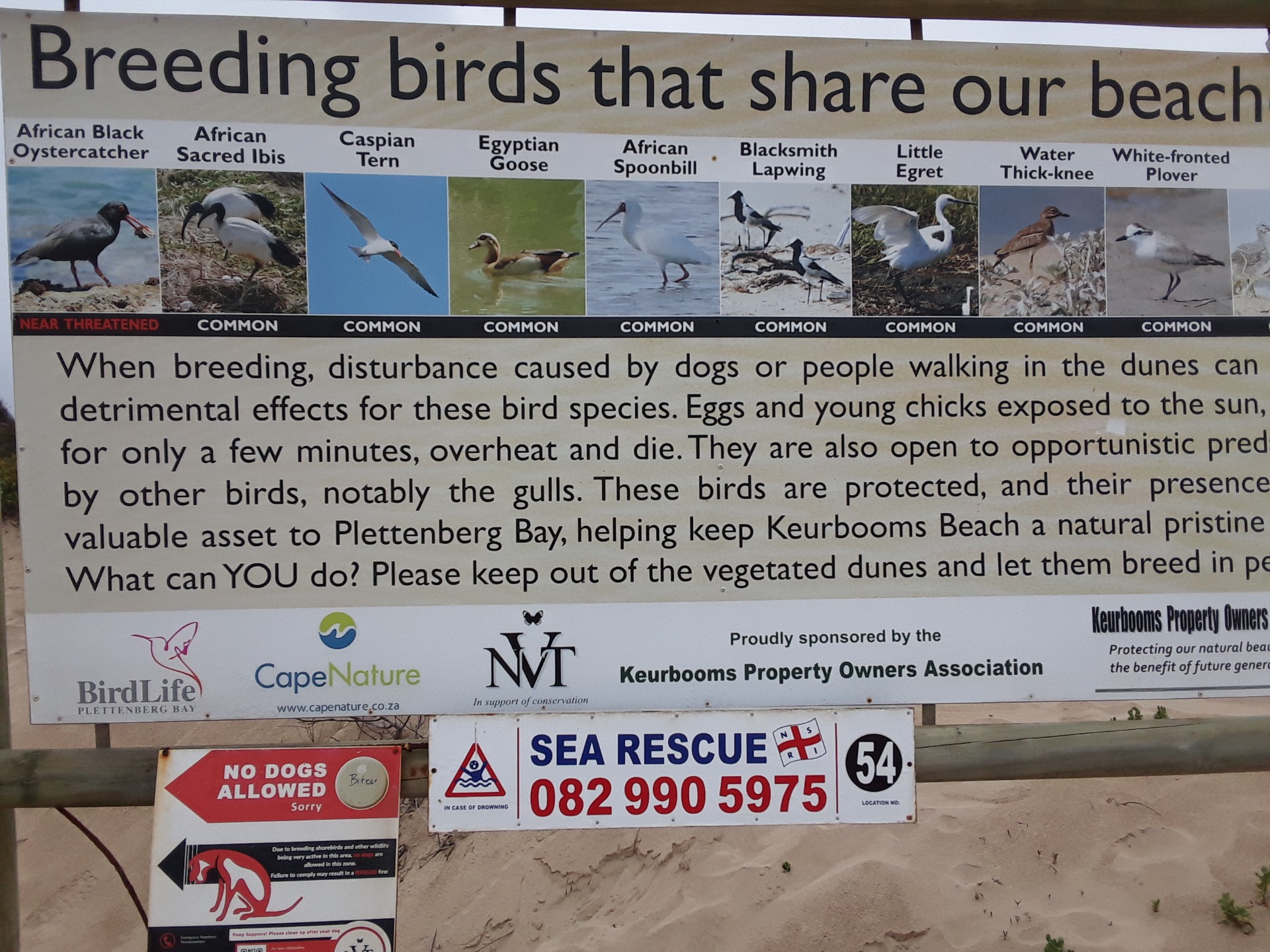 Today was a fortunate day and I managed to spot a couple on the rocky shoreline at the beach I found. They apparently mate for life, and are very territorial, so this couple could be husband and wife in their permanent home. Unfortunately they are very sensitive to intrusion from animals, like dogs, and also humans, especially now during their mating season over summer time. As a result they are not prolific breeders, particularly since their nests are on the ground, among the rocks near the sea. They feed on mussels and limpets mostly, hence the name, and live a good lifespan up to 35 years. 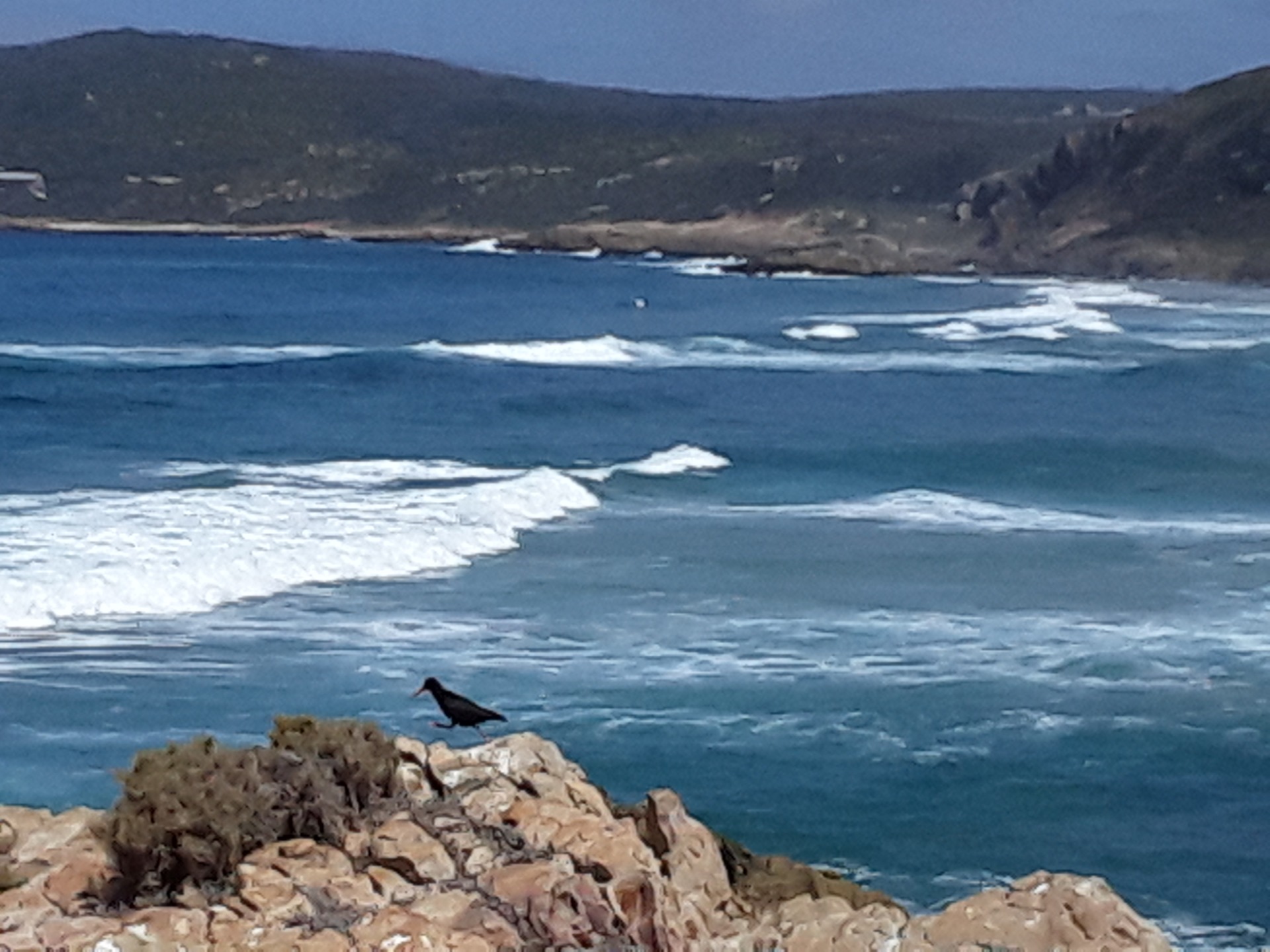 I have seen them more than once on my explorations along this current coastline on the southern shores of Africa, but was particularly lucky today to be able to photograph them with my little smart phone camera. They are apparently making a comeback in their numbers, so not on the critically endangered list any more, which is a positive sign, since they only lay two or three eggs per season, and are vulnerable even to other birds, like the bullying seagulls.

Actually much of this particular region here at Keurboomstrand, a beautiful long stretch of empty beach and shoreline on the Garden Route, is a breeding ground for all sorts of sea birds, so they are observed, monitored, ringed sometimes with a little metal bracelet on the leg to identify the individuals, and protected overall. Conservation efforts are very noticeable here in this ecologically sensitive and diverse area along the southern African shores. 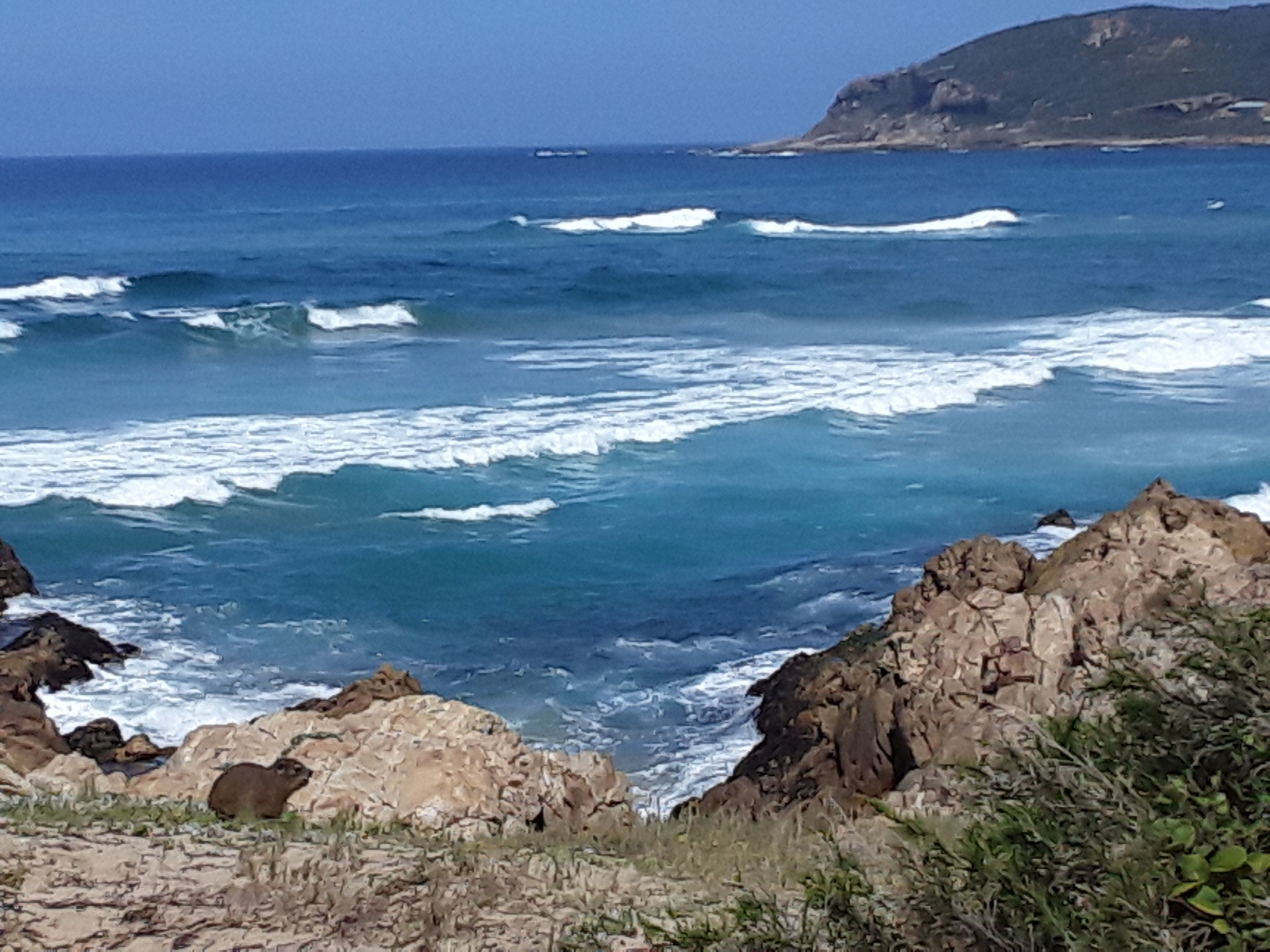 My photos do not do the birds justice without a good zoom lens, but I felt happy to be able to capture even a glimpse of this shy and elusive species. Another character I came across is the Rock Hyrax, or rock rabbit, if you like. They are known colloquially here as the “dassie”. They are fairly prolific and live in groups of 10-80 animals, so i have seen them fairly often in bunches while hiking across the rocky terrain along the shoreline throughout the Western Cape Province, as it’s called, stretching from Cape Town in the west to Port Elizabeth in the east.

They are quite a sturdy looking rodent-type of creature with seriously dangerous little fangs so I wouldn’t mess with them. I managed to capture a photo of one on the same beach as the oystercatcher. It looks rather unassuming, but I do enjoy capturing an image of the local wildlife where possible, even the small, bland or insignificant ones, since they are so unique and rare to see in their natural habitat. Fortunately they are not known to eat bird eggs, preferring instead plants or insects. Apparently they get much of their water from the plants that they feed on, so can go for days without actually drinking, which is how they seem to have survived along the southern African coastline, as well as in deserts in North Africa and the Middle East. 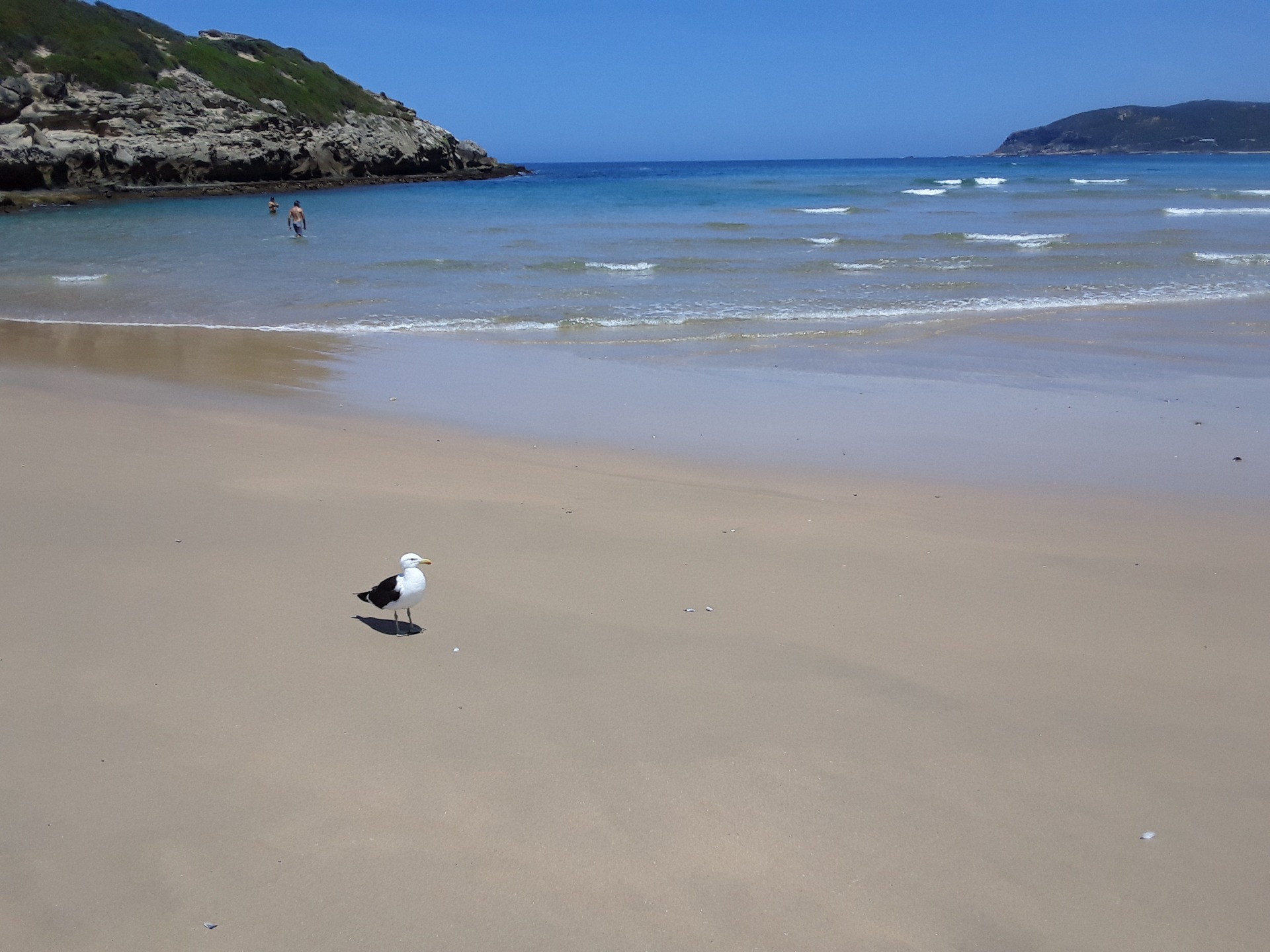 Curiously these rock hyrax are the first species besides humans, to show a kind of social dynamic in their community that is very balanced. They are capable of large and fairly structured and extended social groups, where hierarchy is distributed more evenly and balance is maintained. They outperform even the primates apparently, in this regard. Also their vocal noises or communication is rich and even varies geographically. May be they speak different languages in different countries, like we do. Jokes aside though, their communication depth matches other mammals, like apes or bats, who are the most communicative mammals generally. So with the gift of the gab and high ranking social skills, these rock rabbits show an interesting evolution for an otherwise humble little rodent.

Perhaps there is more to the consciousness of our animal neighbors and associates on this planet than we realize. We have certainly come along way since the previous ages where little research and observation was done and we thought of animals as soulless creatures open to abuse at our whim. Now we understand more about consciousness and can see the symptoms of consciousness in all life forms, particularly higher mammals and birds, who also follow the same laws of nature that we do. They wish to live, to reproduce and to survive on what Mother Earth provides, like us, so it seems natural to give them respect and to allow them their space to thrive, despite our ability to traditionally encroach and ride roughshod over those we should be protecting. 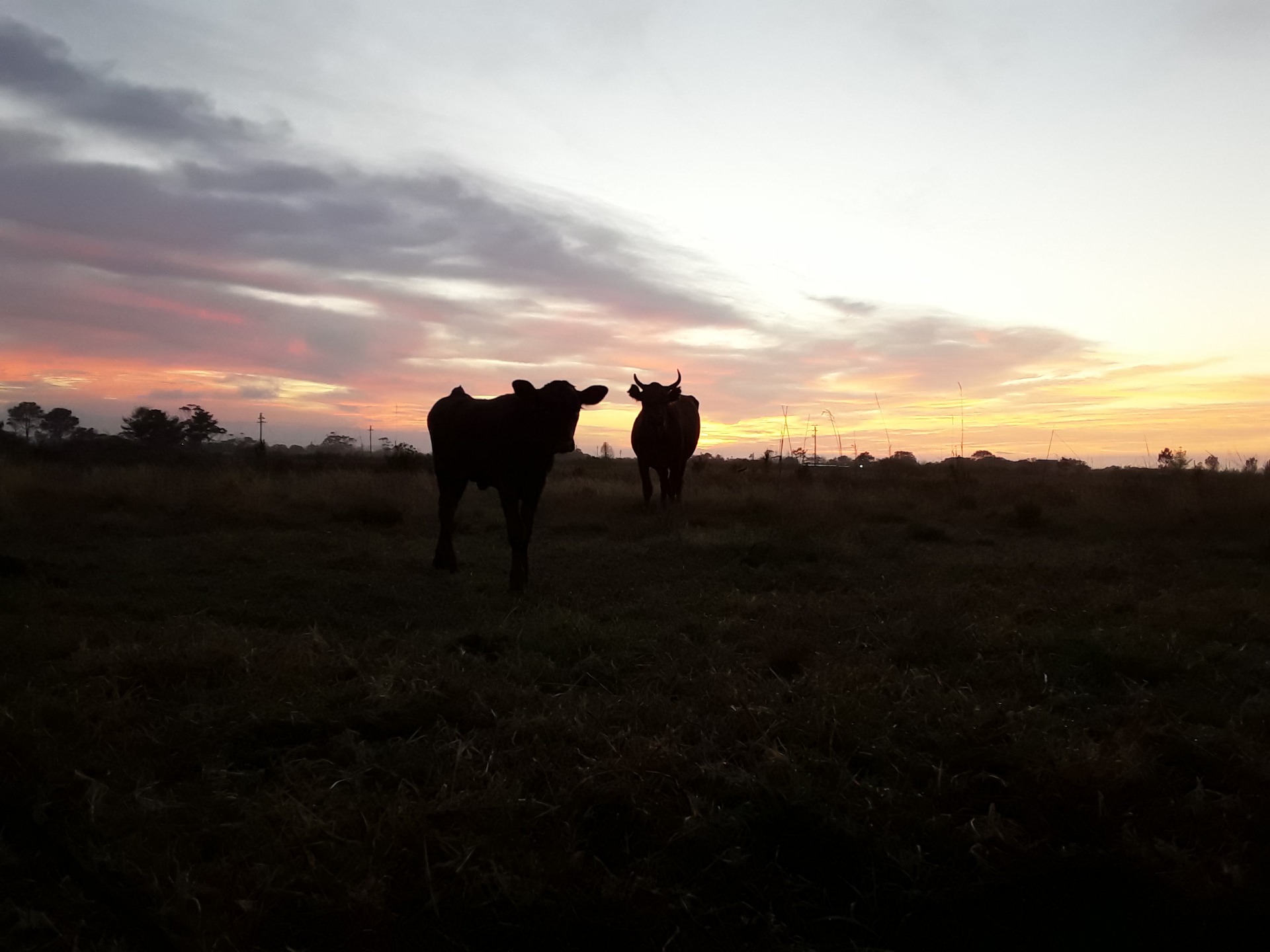