Your Hopes and Expectations for COMMUNITIES? + My Thoughts

The @steempeak blog is mostly for updates and sharing posts about features... so I'd like to lead a conversation getting some input about Communities. I'm interested in what you're expecting and maybe what some of your hopes and dreams are for communities interface.

AKA ... My job to know what you want for https://steempeak.com/ 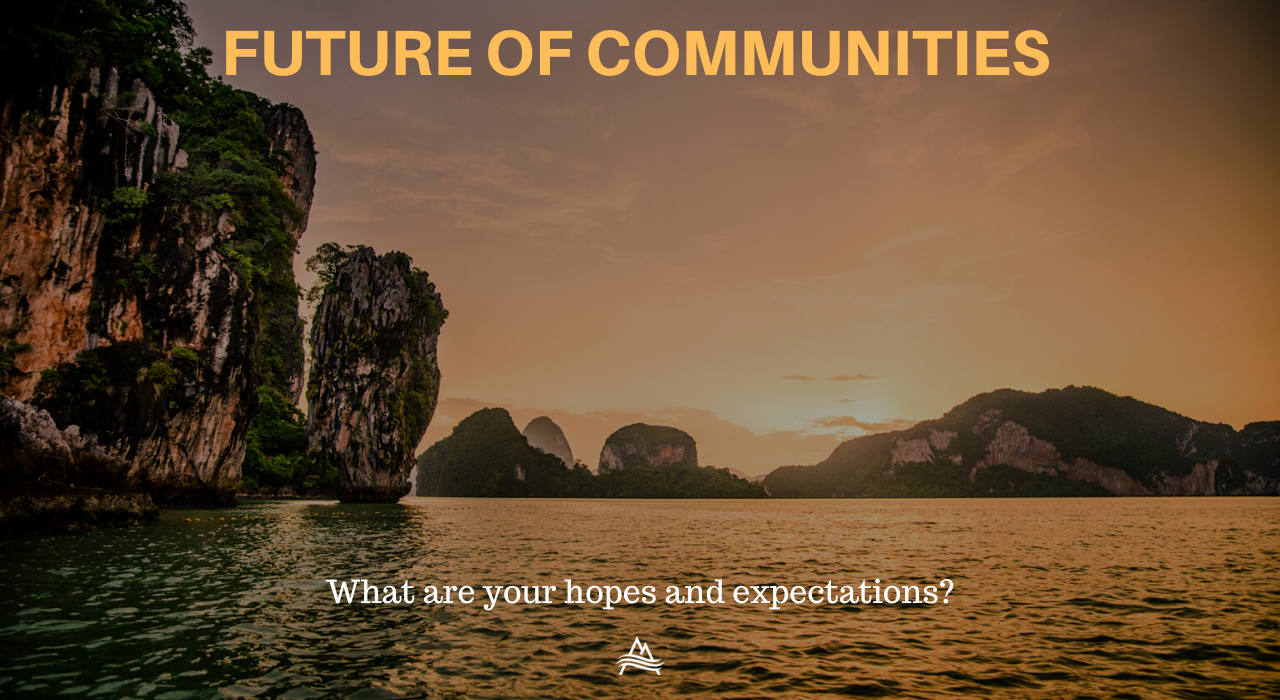 Back in February we were working on a community interface for https://steempeak.com/ using a different API and we had a chat with Steemit INC and talked about the benefits of using Hivemind to power communities. Sounded like a good proposition and we also knew that if we waited we'd fill that time with plenty of other features anyway.

So here we are working on the interface again and it's really nice to also have steemit also running a beta of the interface as well @roadscape who is in charge of the hivemind protocol all interfaces will be using to power communities is very responsive and very passionate about this project.

Obviously the history of communities extends far before steempeak came along... it's been something Steem has been talking about and wanting for a while.

Here's how i describe it:

Steem is a small town with small town drama and sometimes people leave the town when the drama gets too high or they're not loving the rules of the road/hoa. Communities will be tons of different small towns that will all have different levels of drama (maybe none) and often different rules of the road. Users will end up in lots of communities and some of these small towns may not fit them... but if they leave and go to another one the trick is that they're still IN STEEM. ... And then sometimes they'll find the perfect place for them where they never have to mingle with the old money people for example.

Putting everyone from every walk of life with every different kind of expectation and motivation into one place and telling them... "everyone get along" ... It's a noble desire... but it just isn't gonna happen.

EXAMPLE: Some people don't think cat pictures should get any rewards and then other people create communities just for kitten pictures. Chatting with a friend who uses Reddit a lot I thought about: How is communities filling a need? There are gonna be 3 different types of communities and the one we're already testing deals with the concept of OWNERSHIP. Meaning as opposed to sub-reddits or FB groups you don't have to trust a company or one particular website. You still trust some code (hivemind, steem blockchain) but no need to trust one particular site or company and that's a huge deal. You are so much less dependent and you have several companies with sites all creating tools and working to make the best product for you and your community of users.

In a way you actually own your audience

What does ownership mean... what follows?

IF we hold to this idea of ownership in communities... that one person or one group or one DAO (decentralized autonomous organization) calls the shots for the community. Then i think what follows could be very interesting for Steem and https://steempeak.com/

1. Could the community decide to use a different reward pool token?

Yes of course we've seen this already with Steem-Engine Tribes and we'll see it even more with SMTs which are also in testing phase over at Steemit INC.

2. Could the community be provided with different ways to monetize?

I think this is 100% a very real possibility that I'd like to see @SteemPeak pursuse. We've recently created a promotion system on feeds inside of our Explore page. The idea is the promotion system benefits the whole community through reducing the supply of steem. But inside a community could they speak for themselves and could they tell us what kind of split would be best to serve the interests of their smaller group of users. Maybe promotions in that community less is burned and more is just collected into an account and they have other plans for that. Maybe an SE token is burned... maybe it's all just straight payment.

Maybe even in bigger communities we provide bigger better feature sets beyond promotion payment systems. We could listen to some big communities with thousands or tens of thousands of users and maybe we develop some addition features for those larger communities (At a cost... not to the users but the community)

4. Could Communities tweak their Steem experience? ... no reward pool?

Maybe a community doesn't want downvotes... or voting pool at all. Maybe a big content creator just loves the idea of non-censored location that is owned completely by themselves. So they bring their youtube audience of 2 million (aka probably 10-20k semi-active users) to Steem Communities because no company will own their connections. Each subscription by their fans to the community is stored blockchain level and will go with them no matter the site or company. They are free from a dependency on a company.

HOWEVER... let's say they're not a believer in Steem Rewards pool. They just kinda want a place like reddit but with the perks of the blockchain. Why couldn't they just say: "here in my land (community) we don't use the reward pool". I personally have zero objections to that. I'd think they put that intention in the metadata of the owning hive-account (each community has one) and then the interfaces can choose to honor that. I'd push for SteemPeak to honor that. I feel like many content creators are looking for ways to increase engagement and also not have drama... so maybe taking the money out of it benefits them more. Or maybe a rewards pool... just not Steem rewards because it comes with drama they're not interested in.

In my presentation at SteemFest I presented some findings that big full time content creators liked a lot of things about what we do on Steem and reward pool really wasn't even close to the highest on the list. Smaller creators probably like reward pool significantly more than big creators.

THE THINGS WE ARE WORKING ON

Over at SteemPeak.com what are we doing to get ready for Communities. Well we're working together with Steemit INC and even helping test their system and give feedback... all while thinking about what we may want.

Communities is just getting rolling. SteemPeak is just getting the feature sets rolled out... still playing a bit of catch up as we've been doing a lot of Guest account stuff recently.

So as we get it more complete we'll be looking for people to jump into it.Communities itself doesn't require a hardfork and is already live on the blockchain but communities is basically a way to SEE the blockchain and content and a way to moderate it. We will have it in private beta for a while (same with steemit inc)... I'd push to get users on there that have lots to say about communities and can provide me with feedback and big ideas... it's part of my role at @steempeak so i'd push to get those types on there. So comment below...

I guess if you even made it through the whole post that may even qualify you. haha... So let me know.