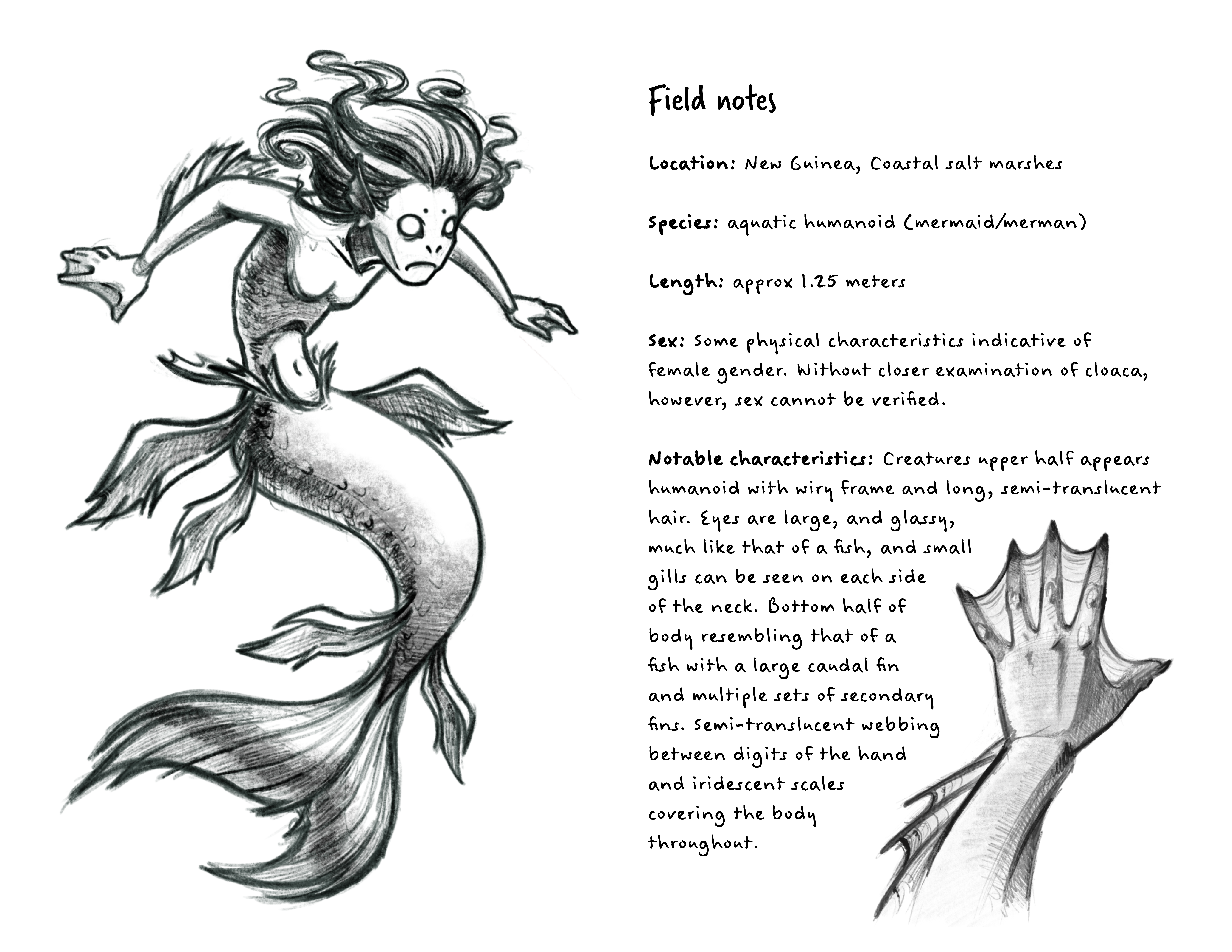 At present I find myself in the salt marshes of New Guinea. My kayak is gently gliding passed overgrown mangroves peppered with varied waterfowl. As I drift downstream, my eyes scan the surface of the water for any signs of movement. I’m here to investigate strange accounts from the surrounding residents.

There have been stories of unusual weather and unseasonably strong storms. Stories from fishermen of distant, choral melodies that can be heard in the pitch dark of night. Many others have reported small animals and pets going missing. All of this was enough to pique my interest and entice me to set out in search of the cause of these bizarre claims.

Abal, my guide, stops rowing abruptly. His head turns as if to trying to locate a very distant sound. I follow suit and closely examine our surroundings. The water is calm, and I notice that the birds have become unsettlingly quiet. 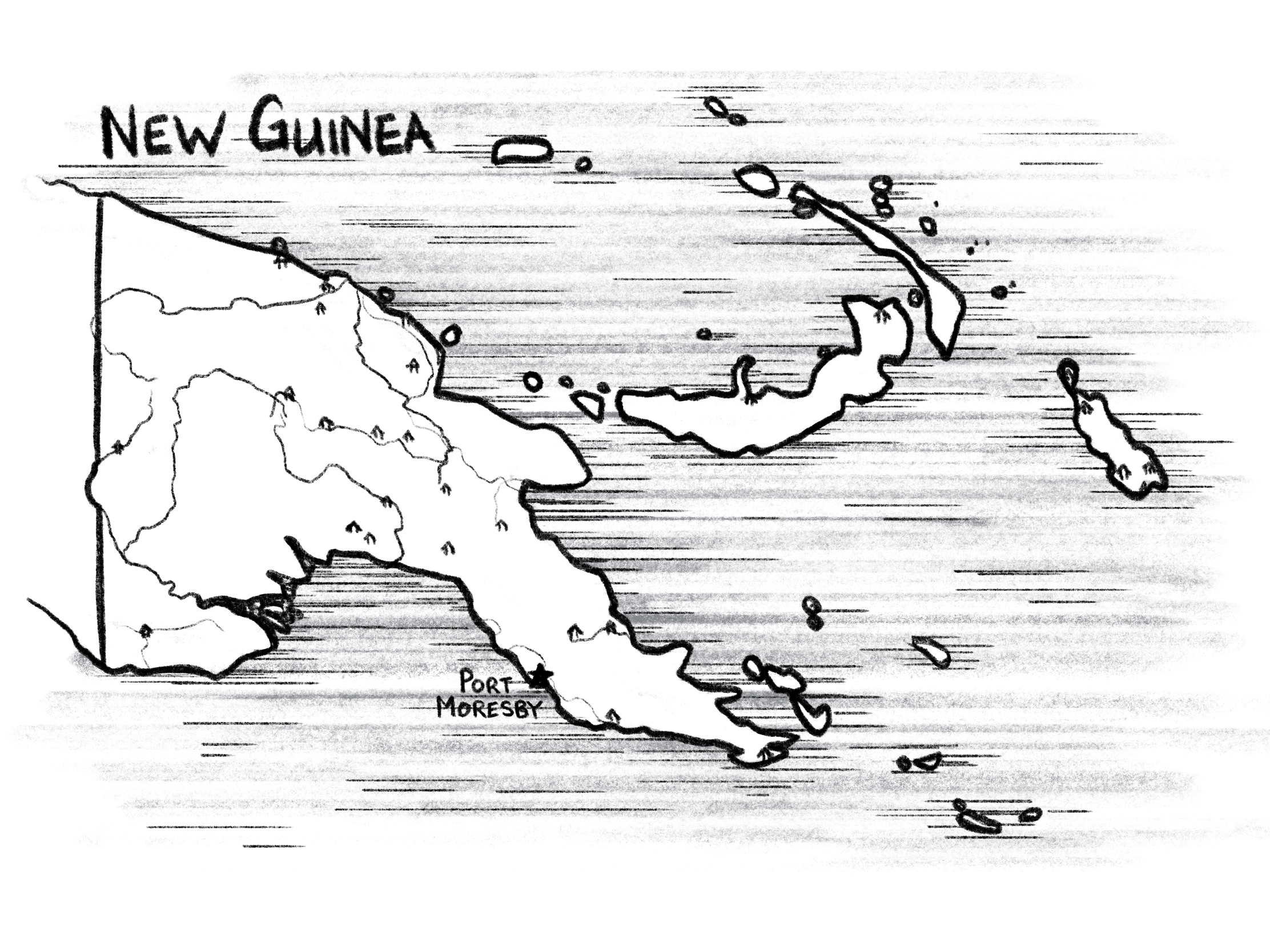 As I begin to call to Abal, a ripple surfaces in the water about 10 meters in front of his kayak and quickly begins to move in our direction. Before he has a chance to brace himself properly, the moving object side swipes his vessel, tipping him over the left side and into the marsh. The surface of the water is calm again.

“Abal?!” I call out to the muddy, green waters, but there is no longer any sign of movement.

Just as fear begins to set in, the ripple appears again, this time only 5 meters away. It’s moving at a rapid pace toward the broad side of my kayak. In my panicked attempt to flee a hopeless situation, I tip backwards into the water. My eyes snap open as the world spins around me in a murky, dark, bubble-filled cyclone.

When I find my bearings, I can make out a looming figure in the water racing toward me. As it closes in, I realize what has been happening to the local residents’ pets. It’s a crocodile. A big one. From the looks of it, it’s over 2 meters long, and it is not happy to see humans in its waters. My instincts kick in and I frantically swim to the surface and scramble onto my capsized kayak.

What is a croc doing here? This is a coastal marsh, and it’s the middle of the day. The behavior is strange, to say the least. As I try to make sense of the situation, my overturned kayak lurches up beneath me and launches me back into the water.

I open my eyes in time to see the prehistoric monster charging at me once more. The croc is less than a meter away when a shimmering torpedo appears out of nowhere and collides with the beasts snout.

The croc stops stunned and turns to look for whatever has just accosted it. Before either of us have time to comprehend what has happened, the iridescent blur appears once more. This time, it pummels the crocodile in the stomach, sending it into an uncontrolled barrel roll.

With the situation proving to be more trouble than it’s worth, the confused crocodile regains its bearings and darts off into the murky water.

I swim back to the surface and begin to look for my overturned kayak. Not far away, it’s floating, right side up, and drifting directly towards me. Just beneath the surface, I can see a shimmering mass holding to the side of the kayak like a Remora on a shark’s belly. It appears to be bringing the vessel back to me. 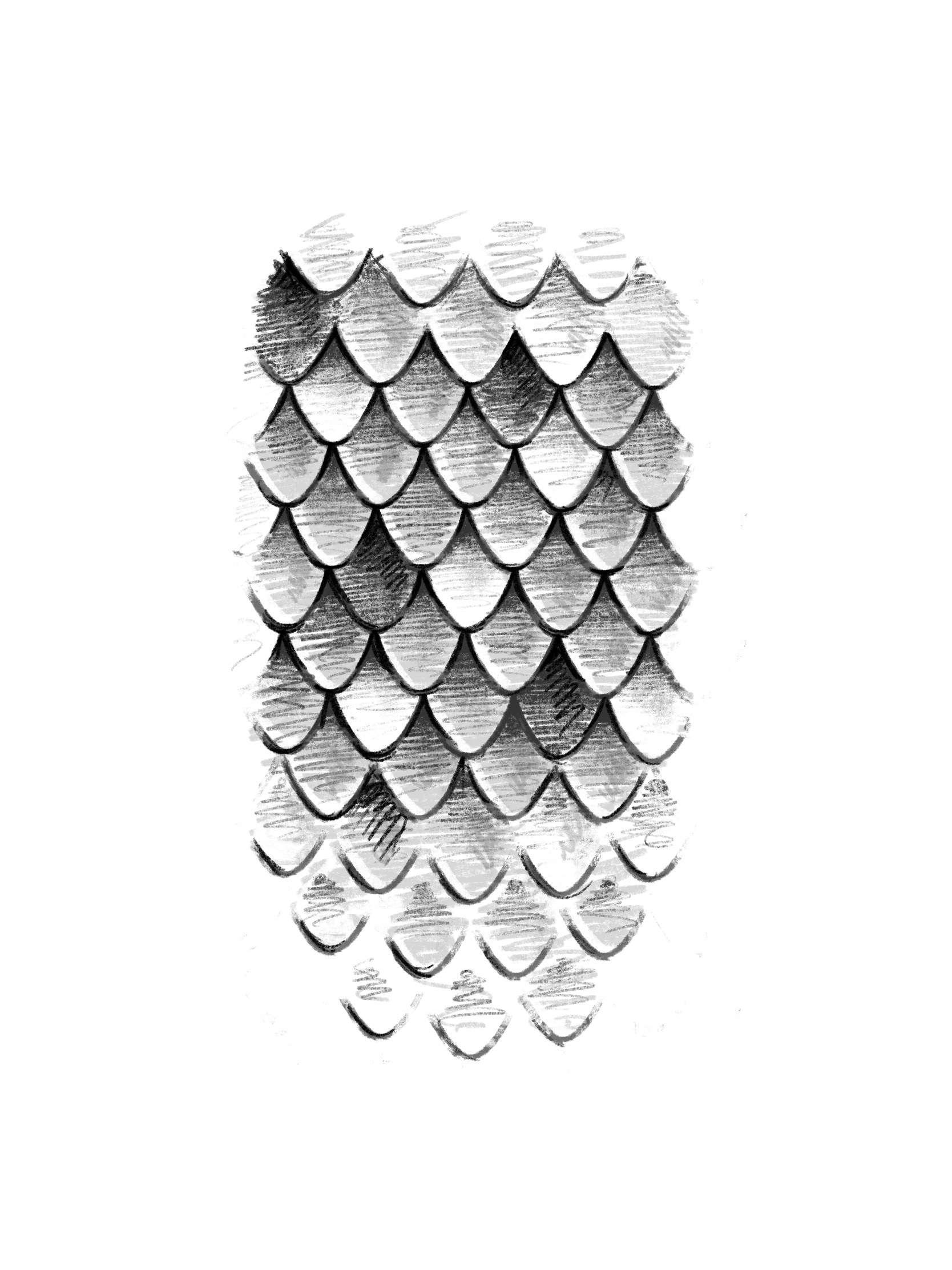 Dipping my eyes back under the water, I get a brief glimpse at the alien creature. Its scaly, iridescent skin almost seems to glow beneath the surface, and its powerful fins moves it and my kayak smoothly through the water. As they both reach me, the mermaid looks up at me briefly with its large, glassy eyes and, for just a moment, seems to smile.

It then turns and I watch as the ethereal creature swims away into the marsh. Its soft glow seems to linger well after I can no longer see its form.

Climbing back into my kayak, I stare back at the water, hoping to catch one last glimpse of the creature. It’s nowhere to be seen, however, so I turn my focus to making my way back to camp. I must document this encounter and run tests on the samples the creature has left on my boat. 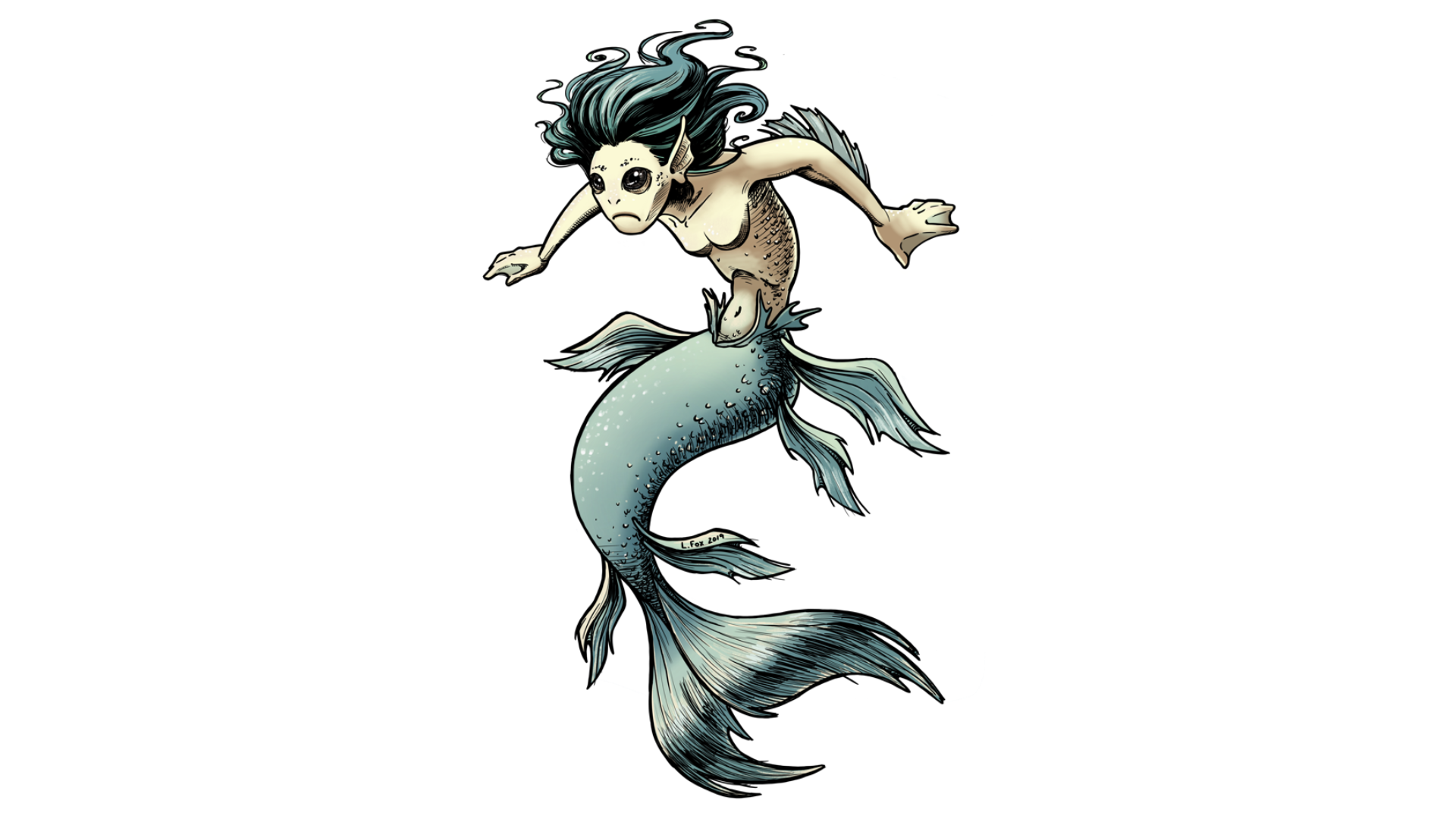 I welcome feedback, so don’t be afraid to leave a comment. If you’d like to see more of my work, check out the links below.
Online Portfolio Patreon.
YouTube Chimp Skipper L. Fox Illustration
Merch Society6 Etsy
THANK YOU!
+1057 Written by @hglucky13 | View post on Steemit.com