Unplanned (film) : It accomplished exactly what it set out to do!

So in case you are uninitiated, Unplanned is a 2019 biography-drama about the experiences of a woman who worked in an abortion clinic and was converted to a staunchly pro-life position through what she saw and did in her day-to-day life while becoming the director of a Planned Parenthood clinic in Texas.

This film was met with loads of outcries from liberal activists such as Alyssa Milano (no real surprise there) who decried it as awful before they had even seen it.

It is not at all my intention to discuss the morality or immorality of abortion and how I personally feel about it will not be revealed or a factor in how i feel about the film. To be honest with you I don't really want to know where you stand on this issue either (no offense.) I chose to watch this film because of the controversy surrounding it and wanted to see for myself what everyone was praising it for and /or bitching about.

Basically, I am only evaluating it the same way I would any other film and I'm not trying to preach to anyone. Got it? Ok! On to the show!

Without revealing too much of what goes on in the film we are basically following the narration of Abby Johnson, a real person who was raised in a very conservative family. Abby became very "progressive" in college and this lead her to making lots of decisions in life that her family would not approve of including getting an abortion. While nearly finished with her degree in psychology she is approached to work for Planned Parenthood which is an organization that provides women's health services, including at times, abortion. (Is that a neutral enough way of saying it?) 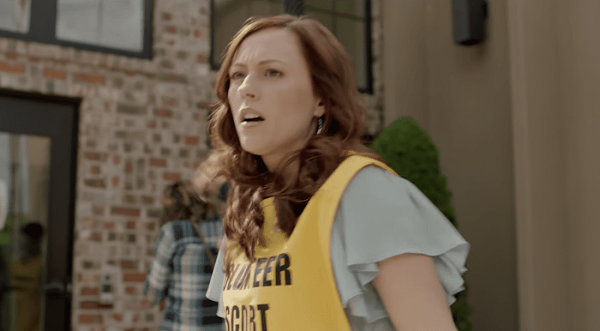 She starts off as an intern volunteer, progresses to counselor, and eventually becomes the clinic director. All the while she has a very tense relationship with her husband, parents, and extended family, who are all pretty opposed to what it is that she does for a living. One day she has to help out during an abortion procedure and this is not part of her normal, mostly administrative, job. According to her memoir and what is shown in this film, what she saw in the operating room that day changed her perspective on the entire organization right away.

This film is about that personal journey. 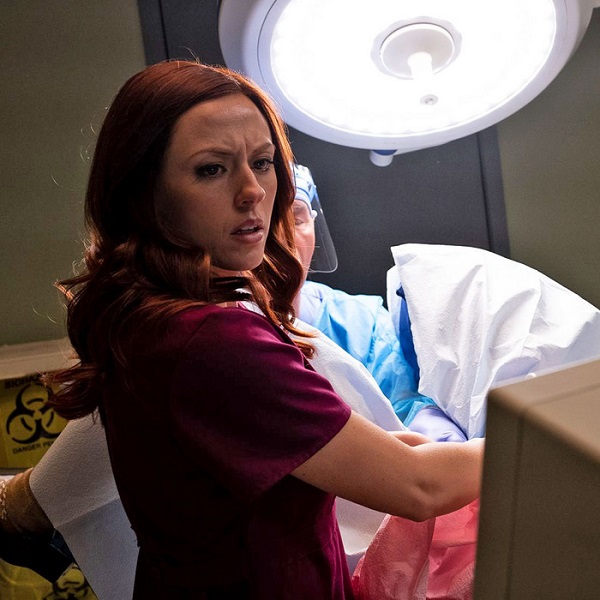 I'll be honest and go ahead and say that I have not been exposed to very many movies that were made for religious reasons and this film is definitely that. I watched Left Behind years ago and even though I enjoyed the books, I thought the movie was garbage because it was a lofty project and only had a $4 million budget. Unplanned had a whopping $6 million to play with and unlike Left Behind didn't require a great deal of special effects like simulating the Apocalypse ...

Due to this heightened budget, they were able to turn Unplanned into a far better film than I expect from religious production-companies.

The thing is, this film is very one-sided and this is not a surprise at all. It was never meant to be a fair and balanced portrayal, equally showing the pros and cons of both sides of the abortion argument. It is a pro-life film made by a religious organization and the final product is exactly what you would expect.

That being said I was actually pretty impressed with most of the cinematic aspects of it and thought it was significantly more entertaining than I imagined it would be. It is, as you would expect, extremely preachy and the producers / writers / creators etc were attacked for misrepresenting events, medical procedures, and even the motivations of Abby. This was all to be expected though and to be honest, I think the only reason why anyone even knew this film existed was because of the controversy that surrounded it before it was even released.

You know what they say: Any press is good press!

There is no doubt that this is a film that is definitely "preaching to the choir" as i don't believe anyone is going to get converted based on what many are calling a film that is "factually inaccurate." I honestly don't care if it is accurate although if Abby is lying, that would be a bit hypocritical now wouldn't it?

Unsurprisingly, it is difficult to find a non-biased review of this film online at all. Salon and Vox for example go as far as to change the terminology to things like "anti-abortion" or even worse "anti-women's rights" instead of "pro-life" and this is just so typical of them (how are they still in business?) Fox, Breitbart and Red State all treat everything that happened in the movie as absolute truth without even questioning the lack of evidence (sound familiar?)

It's just so predictable and all of that shite should be ignored. Major reviewers who were interested in not ostracizing 50% of their viewers refused to review the film at all knowing that they were screwed not matter what they said in the end. (smart!)

Something that might surprise you is how gruesome certain parts of this film are. It was so graphic at points that they struggled to get the rating below "R" prior to release.

Overall, I would say that Unplanned is significantly better than I thought it would be based on past experiences with religious films but that isn't really saying a lot since most religious films are pretty bad.

Don't expect brilliance or a story that has really any surprises at all because that is not what is going to happen here. This is religious P.R. for sure and since it is their money and they can do whatever they want with it, I don't have a problem with that. by the way my favorite religious film is A Walk to Remember
+251 Written by @gooddream | View post on Steemit.com