Today in History: "Harry Potter and the Philosopher's Stone" premieres in England

In what would later become one of the most successful film franchises of all time, today was the day that the world would get their first look at the screen adaptation of the surprise literary hit Harry Potter.

The United States and Canada would have to wait another 12 days for their premiere dates, presumably because since J.K. Rowling is British and since she insisted that all actors in the film be British or Irish, it is conceivable that she would also demand the opening day take place in the U.K as well.

Knowing what we know now about how insanely popular the Harry Potter world became, it is absolutely insane to find out that Warner Brothers purchased the rights to this film for a mere 1 million Pounds. That is one hell of a return on investment when you consider that just this film ended up grossing nearly a *billion dollars and after that hefty sum Warner Brothers still had the rights for the next 3 films on their initial investment.

If you are from North America you might be thinking "Isn't that movie / book called "The Sorcerer's Stone?" and you would be both correct and incorrect. In parts of the world the word "Philosopher" was switched with "Sorcerer" because there are certain communities on this fine globe of ours that get all worked up over subjecting children to "sorcery." "Philosophy" on the other hand, is quite harmless, right? There are also some rumblings that the producers didn't think Americans would know what philosophy means and to those guys I say "you can suck eggs!" 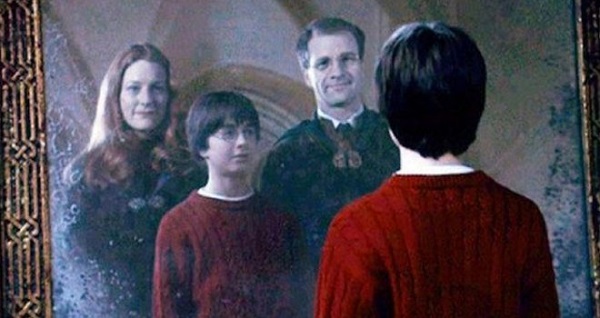 source people who get all worked up over a word irritate me also as much as SJW's.. there is no denying that the movies if filled with sorcery, but we are gonna get upset about a word in a title?

This was actually a little problematic for the film team since certain scenes had to be shot multiple times and different final cuts were aired in different countries. If you watch the film, any time a stone is referred to by name... that scene had to be re-shot to accommodate different markets.

The premiere took place at the Odeon Leicester Square in London, a massive facade was custom built for the event and the entire interior was decorated to simulate a Hogwarts environment. Royalty, movie stars, pop idols, rock icons like Sting, and extremely rich people like Richard Branson attended the event as the peasantry of the public were kept at bay by hordes of security. The following day the common folk were allowed in to the same scenery that was granted only to VIP's the day prior, and needless to say, this was a pretty popular option as a theater to see this ground-breaking film in.

This phenomenon of being completely sold out days in advance ended up being a world-wide phenomenon as the film went on to set the record for highest-opening weekend of all time. Despite other big films that were released in November of 2001, Harry Potter remained at the number 1 spot for 3 weeks - which is not something that happens very often. In the U.K. ticket sales reached 66 million Pounds, which is the second-highest box-office take of any film ever (narrowly defeated by Titanic.)

Some interesting facts about this film

Truth be told, I am not really a fan of Harry Potter at all. I have seen all of the films (I think) and while they do seem to appeal to pretty much everyone else, they just never really caught on with me. The same can be said for the books which I tried to read, but lost interest quite quickly.

I have never seen a single Harry Potter film in a cinema.

It just isn't for me. However, I can certainly understand how it would appeal to many other people, especially children. I have no idea how much money the Harry Potter franchise has made but between merchandising, ticket sales, a plethora of video games, theme parks, and even restaurants, I am sure that this number is in the tens of billions since the name alone is valued currently at $25 billion.

The success of Harry Potter made J.K. Rowling only the 2nd billionaire author (there are billionaires that have written books but i think you know what i mean) alive. Not too shabby for someone that wrote the story in her spare time and never really thought that anyone would publish it.