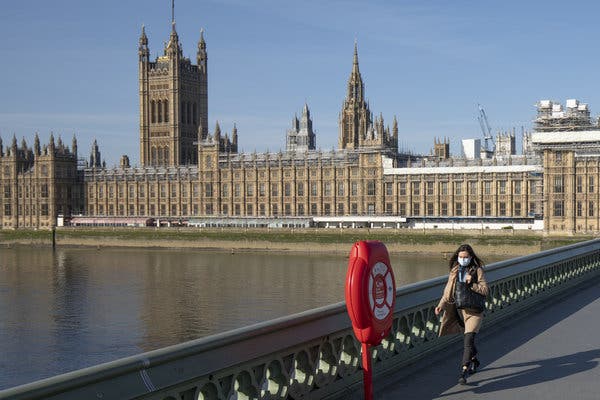 As expected, the British government has finally imposed a lock-down, turning homes into prisons and turning power-walking grandmas into hunted escapees.

It feel like the bandwagon just road through town and passed out tinfoil hats to people who are ill-equipped in the art of processing the typical disturbing information that always accompanies a juicy conspiracy theory.

Nothing grinds my gears more than all these new-crazies running around yelling: “The sky is falling!”

I know the sky is falling, I’m old-crazy!

But that doesn’t mean that you should be buying up all the toilet paper as if it’s your new currency. Seriously, what the hell do you plan to do with ten crates of toilet paper? Dress up like mummies? While the rest of us die from rotten ass syndrome?

Batteries, lighters and medicine: these items have a proven track record for helping barterers survive during the dark period when a country collapses; not fucking toilet paper!

I’m really concerned that if I turn my back on all these new-crazies, they’ll begin misappropriating even more of my culture, like: Tartaria, flat earth, Dr Fredrick Klenner, and how we’re really living in the tenth century.

I honestly can’t believe that coronavirus was the straw that finally broke the public’s back and transformed every soccer-mom into an Alex-Jones-style nut-job. Let’s face facts, coronavirus is just swine flu with a better publicist and more paparazzi.

And this is coming from the guy who always holds his breath to the point of blacking out, just because he heard a stranger coughing near him on the bus. Seriously, have you seen some of these retched souls who ride the bus? They look as though they were picked up from the black death side of Britain, with their crackling Christmas coughs sounding far worse than anything that the Corona Company could ever brew up.

I know I’m not perfect, because every time we arrive at an out-patient appointment, Sarah starts durdening:

“Rule number one! Never go to the toilet in a hospital!... Rule number two! Keep your hands away from your face!”

Now, I don’t know what planet she’s living on, where bladders of steel are handed out with draft cards, but in my world, people are just one scary needle away from pissing themselves.

And how the fuck am I supposed to avoid touching my face? Just the thought of not touching it creates an obsession that must be satisfied, repeatedly, like a wrinkled blind man attempting to remember what he looked like in his youth.

Sure, I’ve had a sore throat, but that’s just psychosomatic! During our last visit, my subconscious was invaded by the terror-stricken faces of the blue-mask-wearers, as I picked morsels of delicious bacon from the hospital furniture and pieced my dribbling BLT sandwich back together.

So here we are, the mainstream has hijacked another perfectly good conspiracy theory and now they’re telling us that we can’t even go outside, thus creating two far more deadly illnesses: poverty and cabin-fever.

Seriously, we’ve all seen The Shinning... How much danger do they think Sarah can handle?

Let’s not forget, these are the same assholes that show up late to every birthday party, only to tell you not to cut the cake, because they vaccinated their kids into droopy-eyed, little zombies that foam at the mouth with the mere mention of a peanut and somehow, these are the idiots running the show!?

Well, I’ve got other plans: when their fear and paranoia reaches duck-and-cover levels, I’m going door to door, banging on their windows, yelling: “I got the virus and I’m coming in!... Unless you toss down some food, jewellery and all your toilet paper!”

Then I’ll proceed to roll their house with all their precious ass wipe, while they wish curses on me from the windows above, what fun!

Halloween will be everyday and I’m going as a monster.

Then, when their fear subsides and they’re left with the haunting reality, that they were duped by another Y2K, it will be too late; Sarah and me will finally be living the British dream, filled with crumpets, cockles and Yorkshire puddings.