Would you believe me if I told you this isn't meat? Take your time to look at that pic. It's gotta be a steak right? It even looks greasy and all! I bet you'll be shocked to know that what you're staring at is not only 100% vegan, but also organic and free of agrochemicals?

What you're looking at is actually a mushroom known as "cow's tongue" and it's scientific name is fistulina antartica. It grows on nothofagus antartica trees and is a southern relative of fistulina hepatica.

We found a gigantic specimen of this fungi while hunting for mycena galericulata (no common name for this one apparently) for lunch. When we were over I spotted from the distance this beauty: 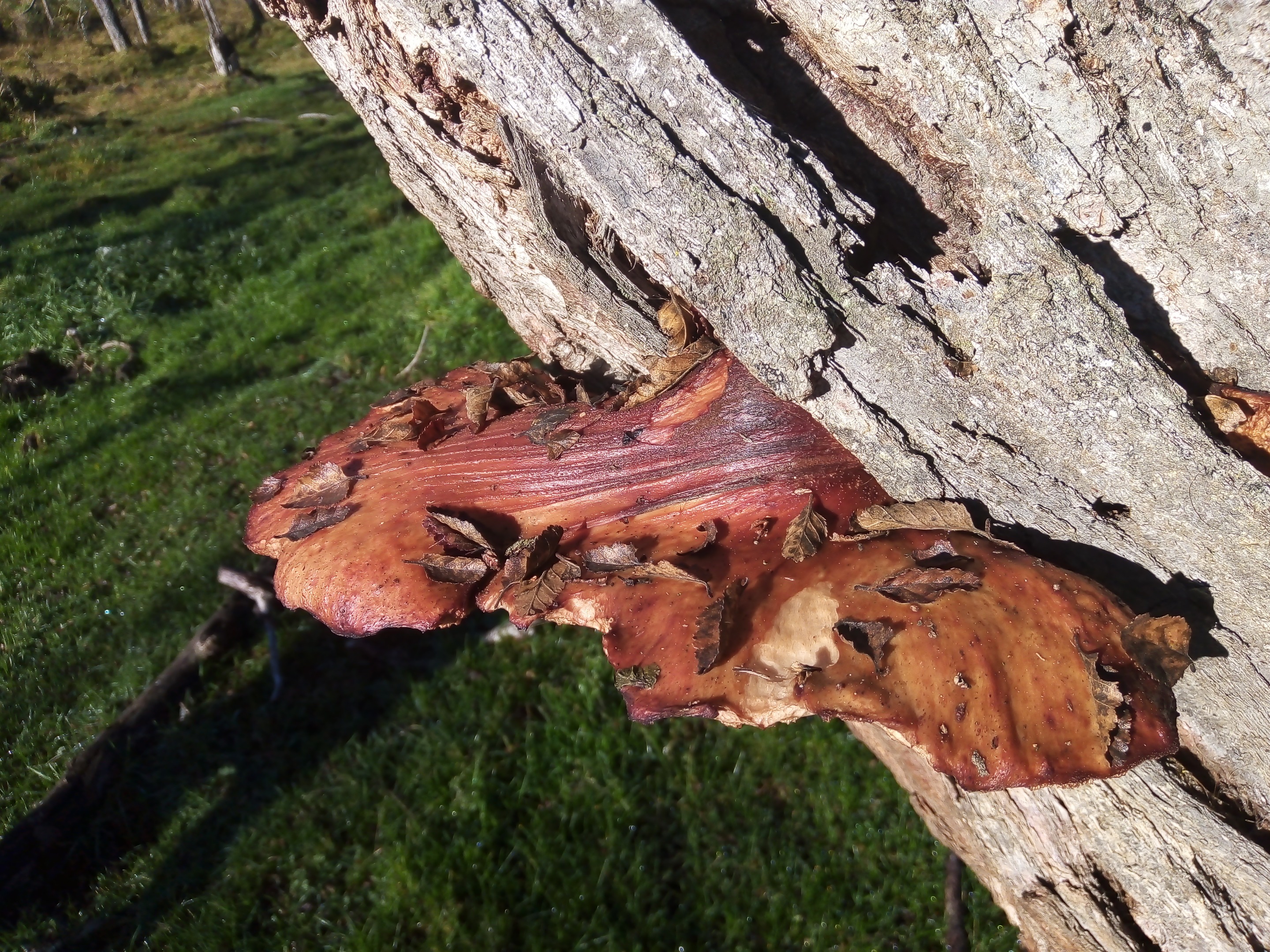 My mom cooked the whole mushroom without slicing it, which allowed it to have that meaty texture. Some onions, garlic and cherry tomatoes from the greenhouse (only way to grow tomatoes in this area of the world), did for a great mix. 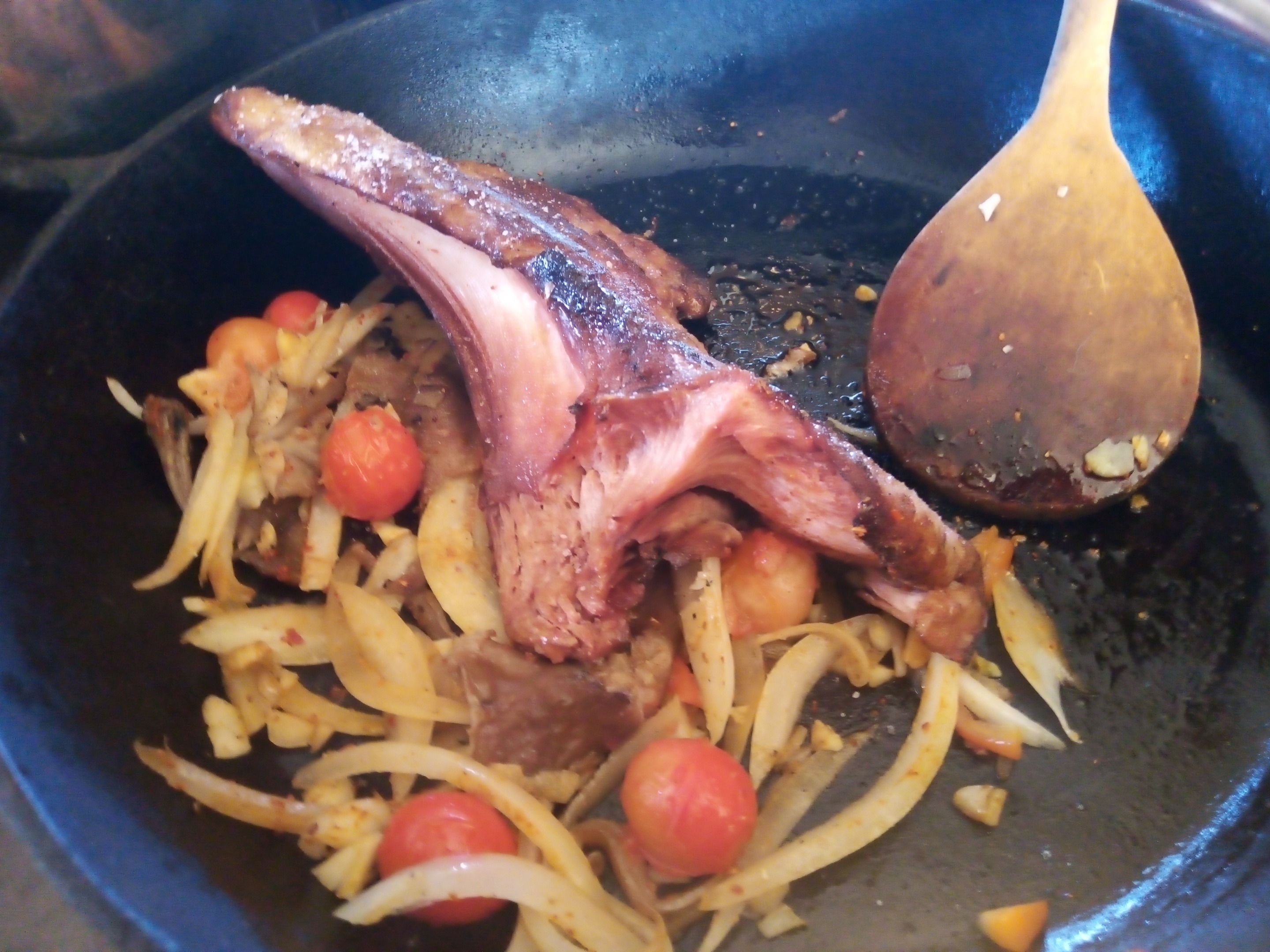 After a while of cooking this was the aspect. Really looks like meat, right? 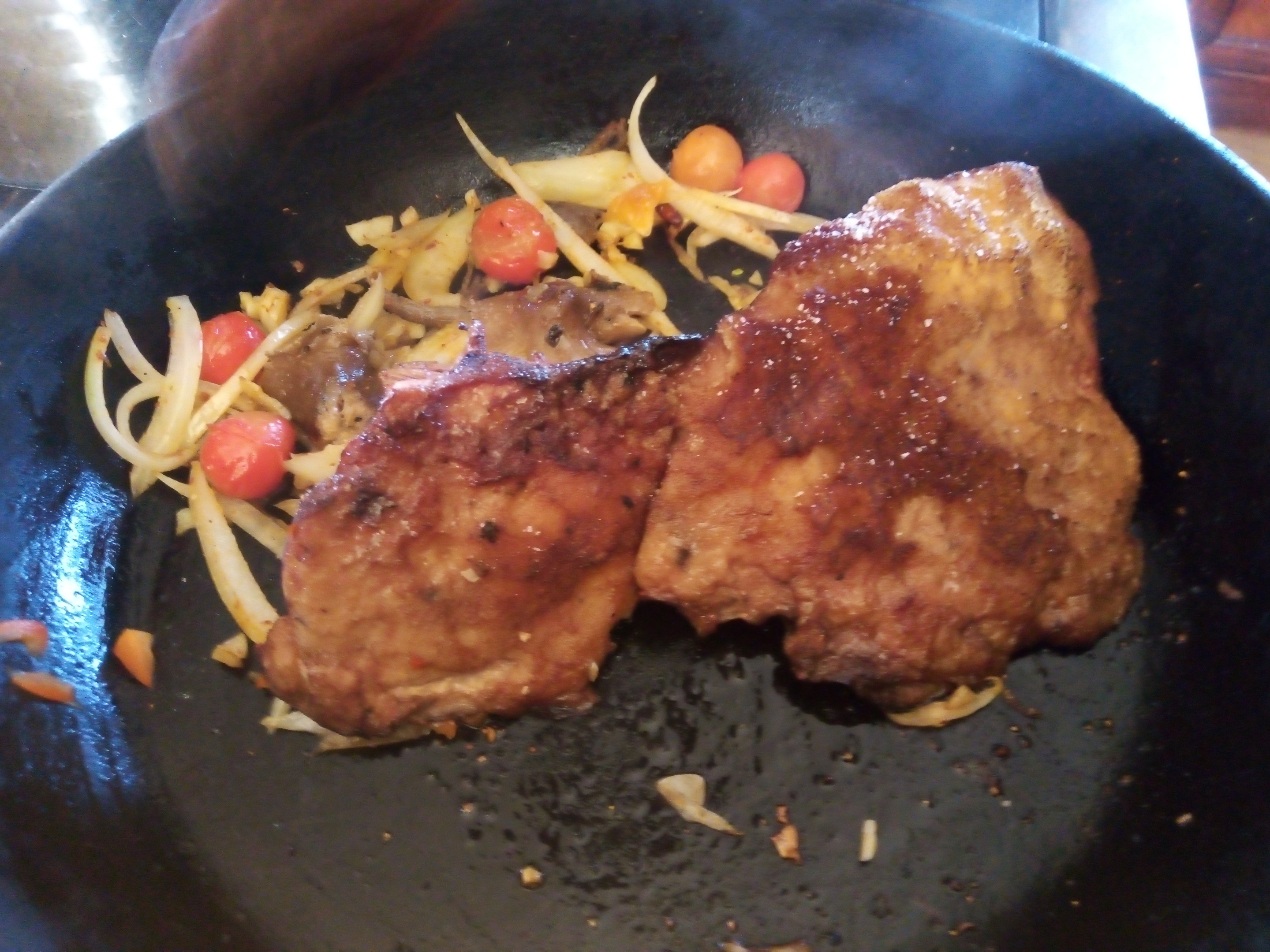 Fungi kingdom is really magical and surprising. Have a look at these: This little fellas go by the scientific name of cyttaria hookeri and they are pretty tasteless, though the texture is rather interesting, sort of like a gum. I think they are great to add some extra calories and proteins into the meal without having a great impact on the taste. 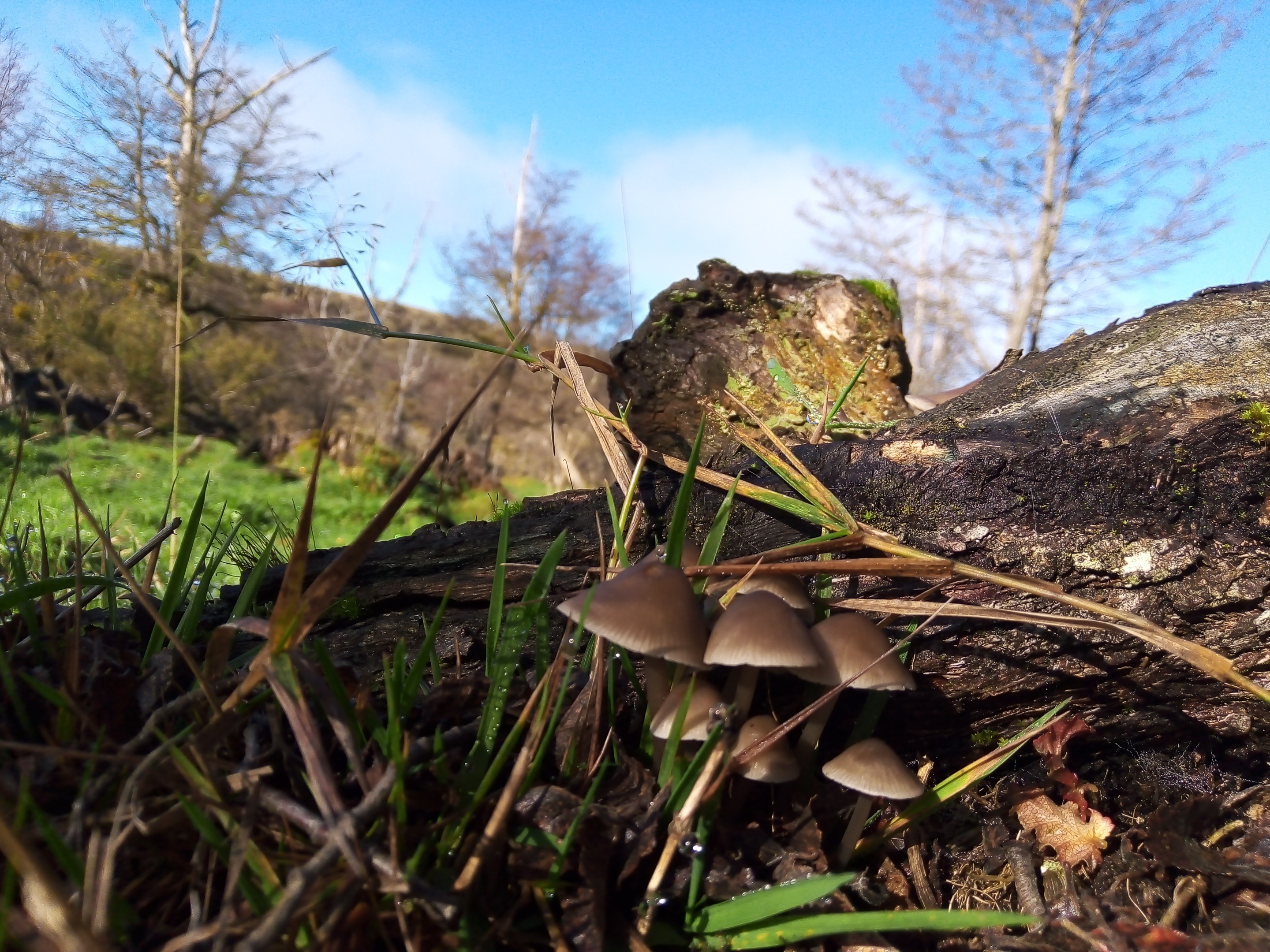 I've shown this friend before, mycena galericulata, and I have to say I'm very happy to have found out it's edible. Though most literature says it's got a very low edible value I firmly disagree. This is a delicious and tender mushroom that you can throw into the pan without salt or spices. The best part is that it's abundant and available all throughout the autumn. Fistulina Antarctica, mycena galericulata and cyttaria hookeri made for a very special lunch. However, cow's tongue takes the prize for it's meat-like texture. Though it's not that common, I'm pretty sure that in a more regenerative ecosystem we should be able to see a lot more reproduction of this amazing fungi.