Life in the countryside moves at a slow pace. The constant rain and the cold weather forces us to stay close to the fireplace and take care of related tasks, such as chopping firewood and such.

When things get too slow, I like to go out and stay outside. To stay warm outdoors it's important to be on the move, keep the blood pumping to bring in the heat.

Last week it was pretty easy to get by as I was visited by Elizabeth, my friend and partner, along with her twin daughters. We went out for some nice walks, including a crazy afternoon in the marshlands where we got muddy up to our necks and they would dance around singing:

Then they would shout: Then Eli showed off with some home-made bread which was very spongy and delicious. 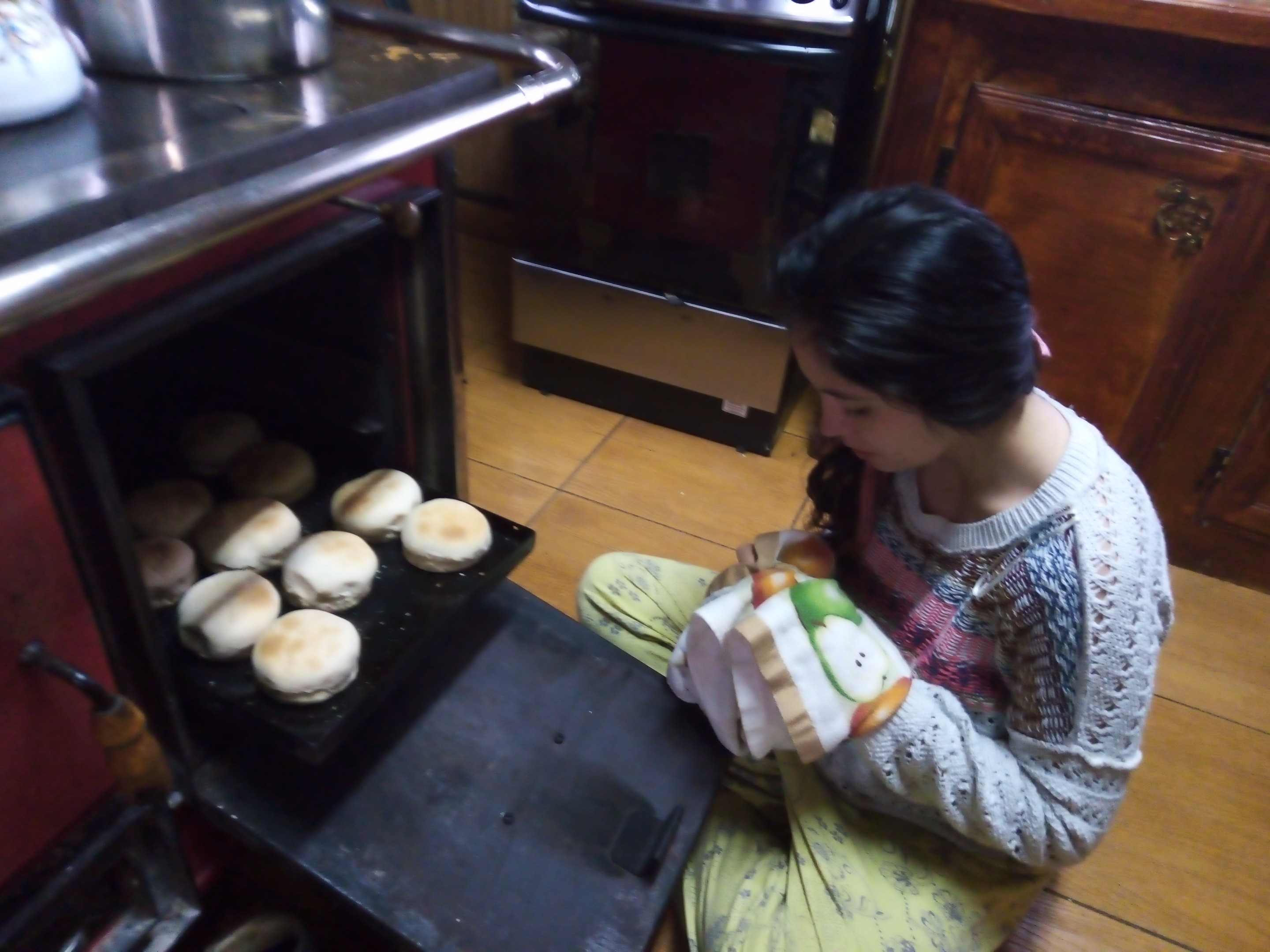 Just about when they were about to leave, my 16 year old cousin, Juan Luis, came over to the farm to visit me and it's been fun hanging out. He had been locked up in his house, spending his time on the Playstation and his cellphone, but now he told me he is glad to have come and recovered his connection to Nature.

A few days ago we took a long walk over to the plot of land where the community will rise and it was a great time going through the hills to get there. 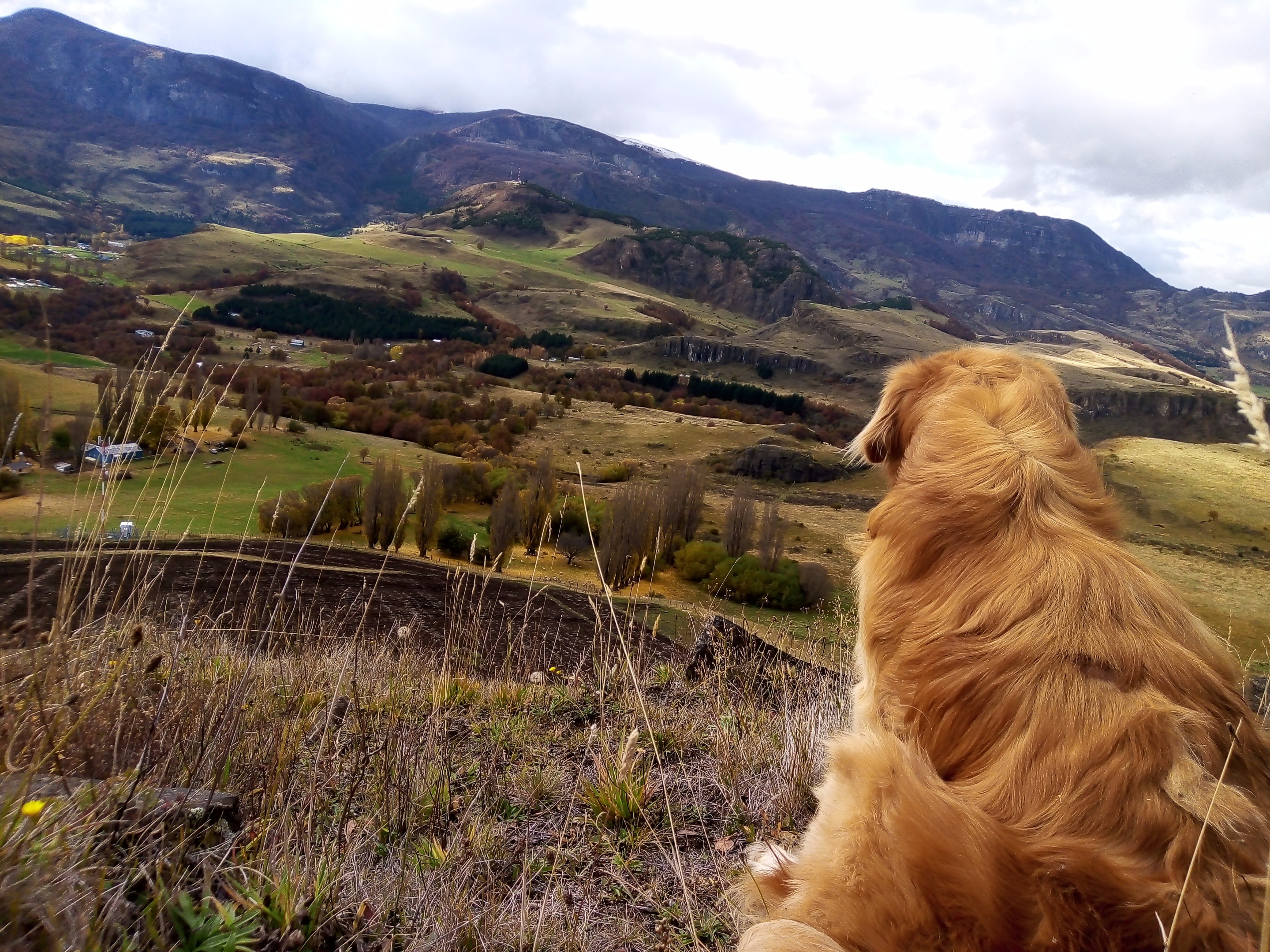 Get ready now for the fungi pics. Sugestions on what they're names might be are more than welcome. 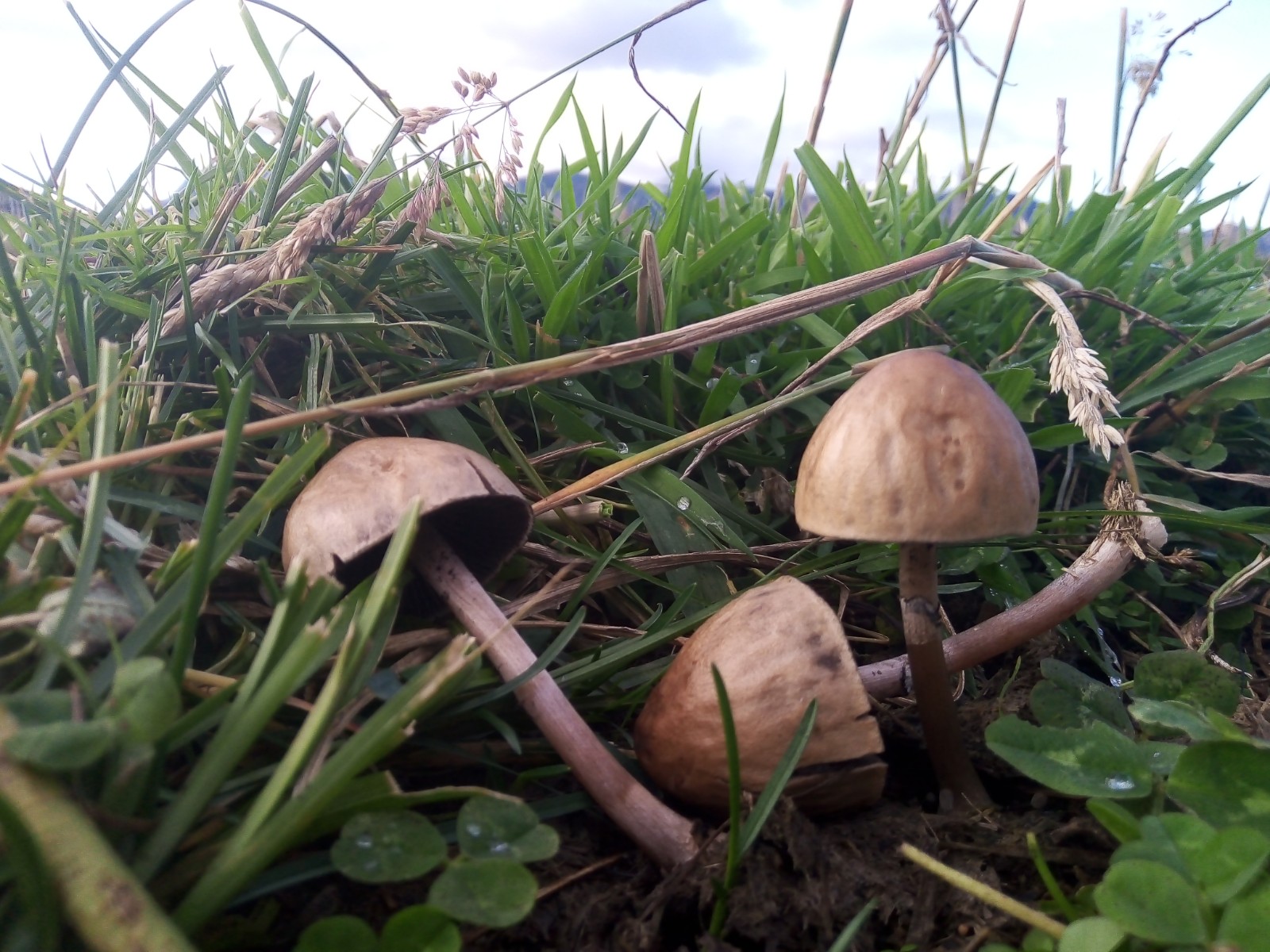 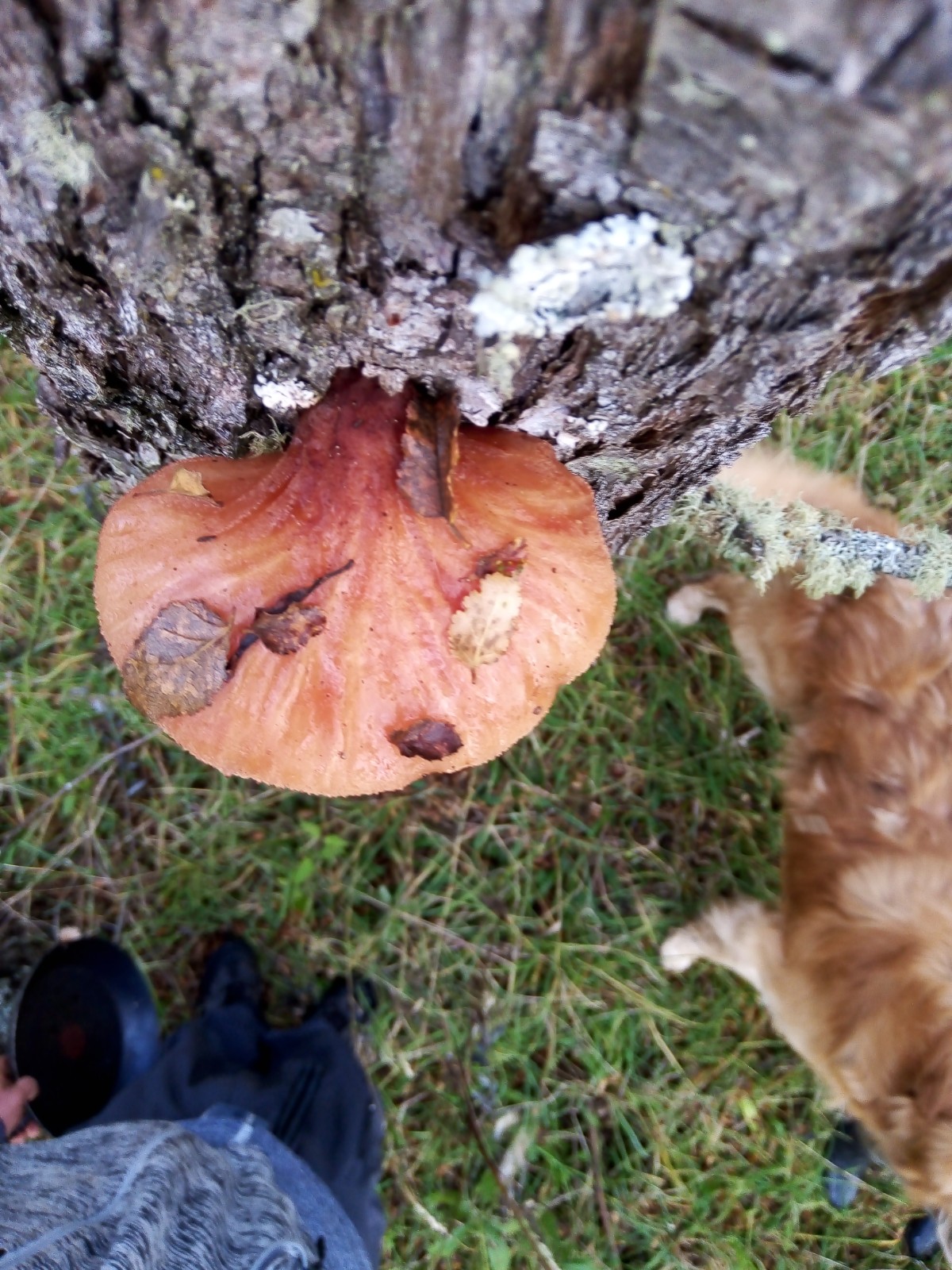 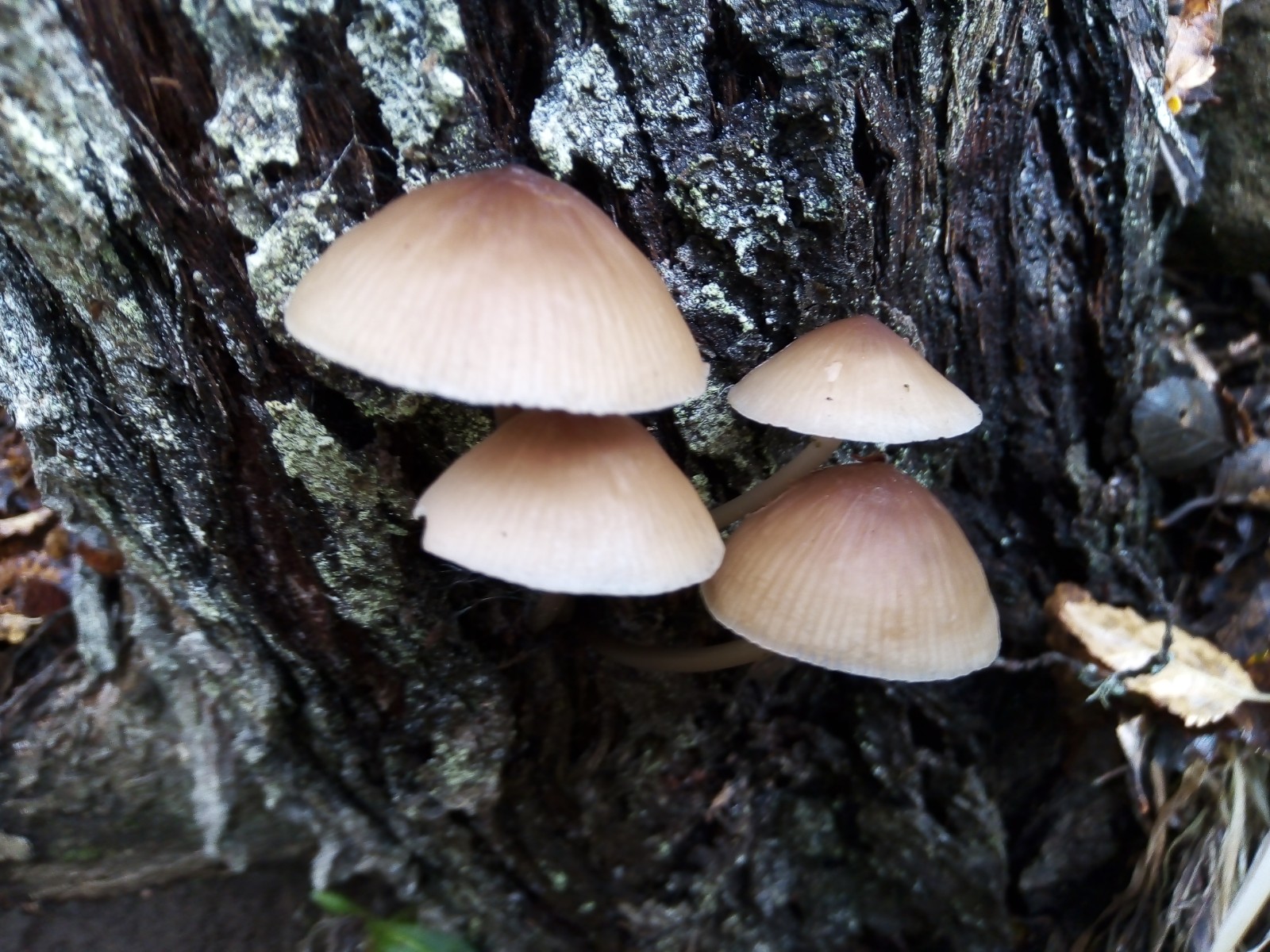 The one above is mycena galericulata, edible and abundant in this region. 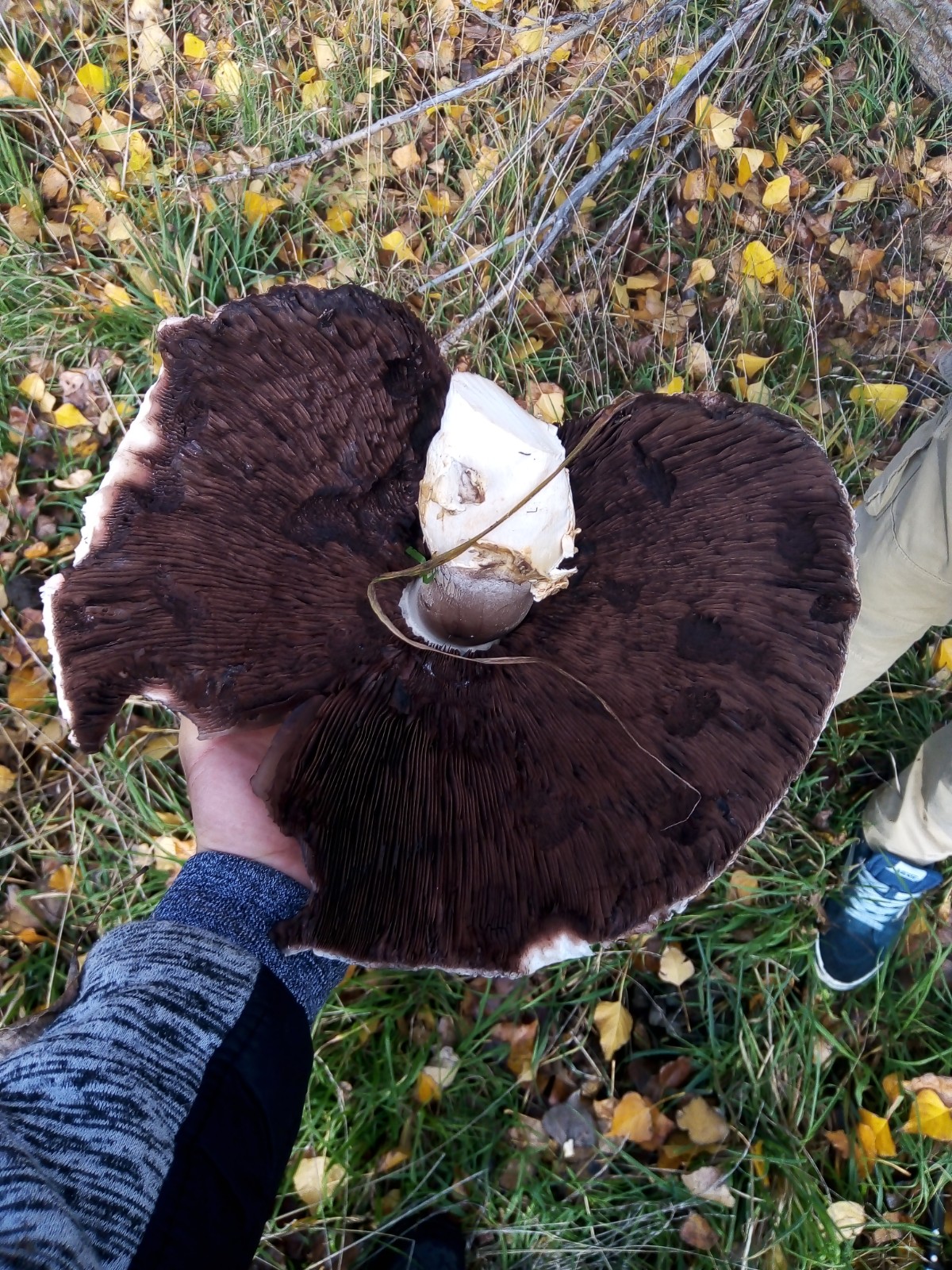 This might be a HUGE agaricus campestris which is also edible but we didn't try it out due to lack of identification. 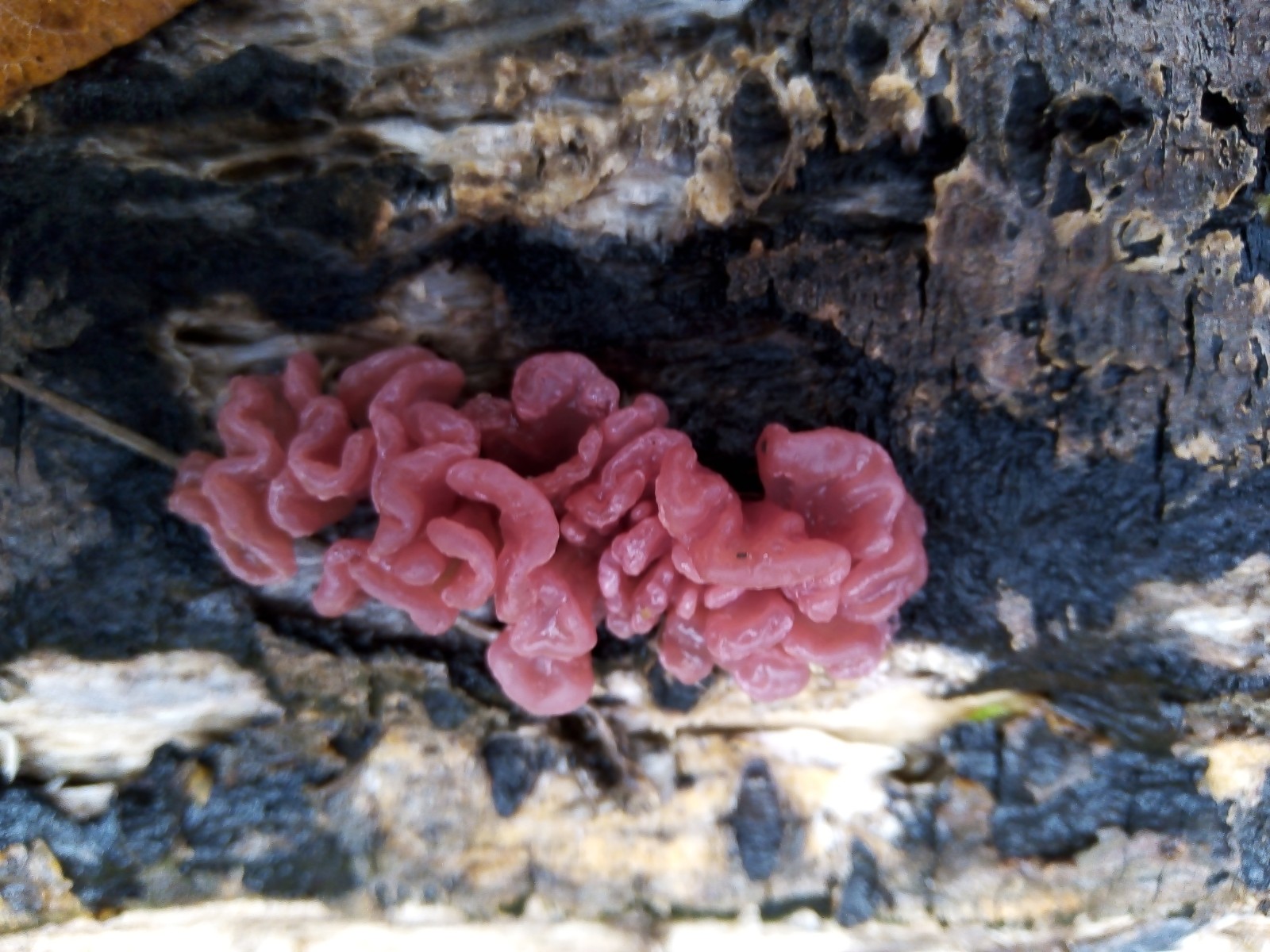 Since this land has not been used to feed animals there is plenty of fungi activity going on. It was fun to walk around and see the huge diversity of mushrooms. We also helped ourselves to a small meal consisting mainly of mycena galericulata and a few others I don't know the name of but have tried without negative consequences. 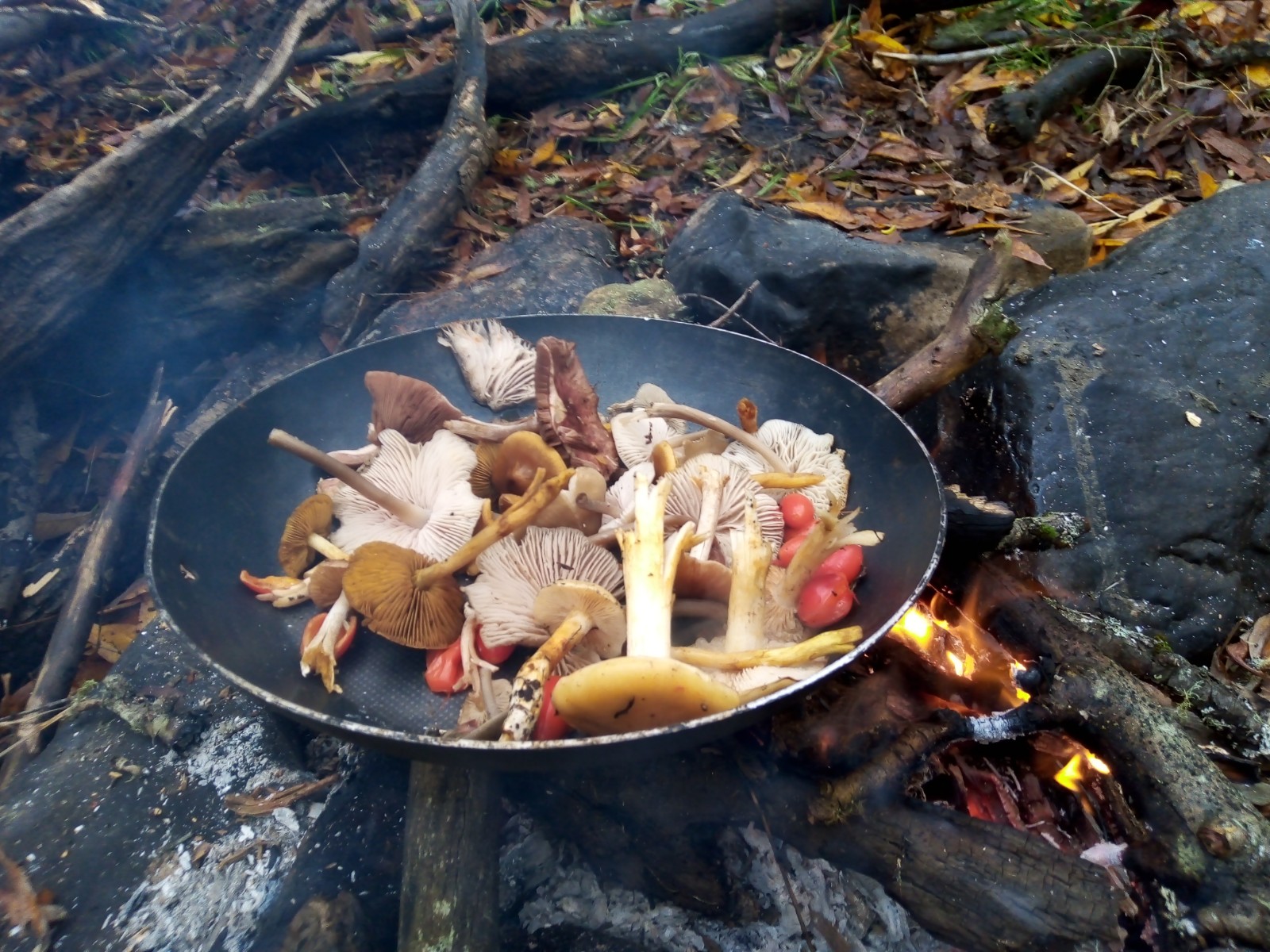 We returned at nightfall and got lost along the way. We ended up crossing forests and marshlands without a clue of where we were standing but we somehow finally made it home. It was a pretty fun adventure.

We also took some pine mushrooms home and dehydrated them over the stove. 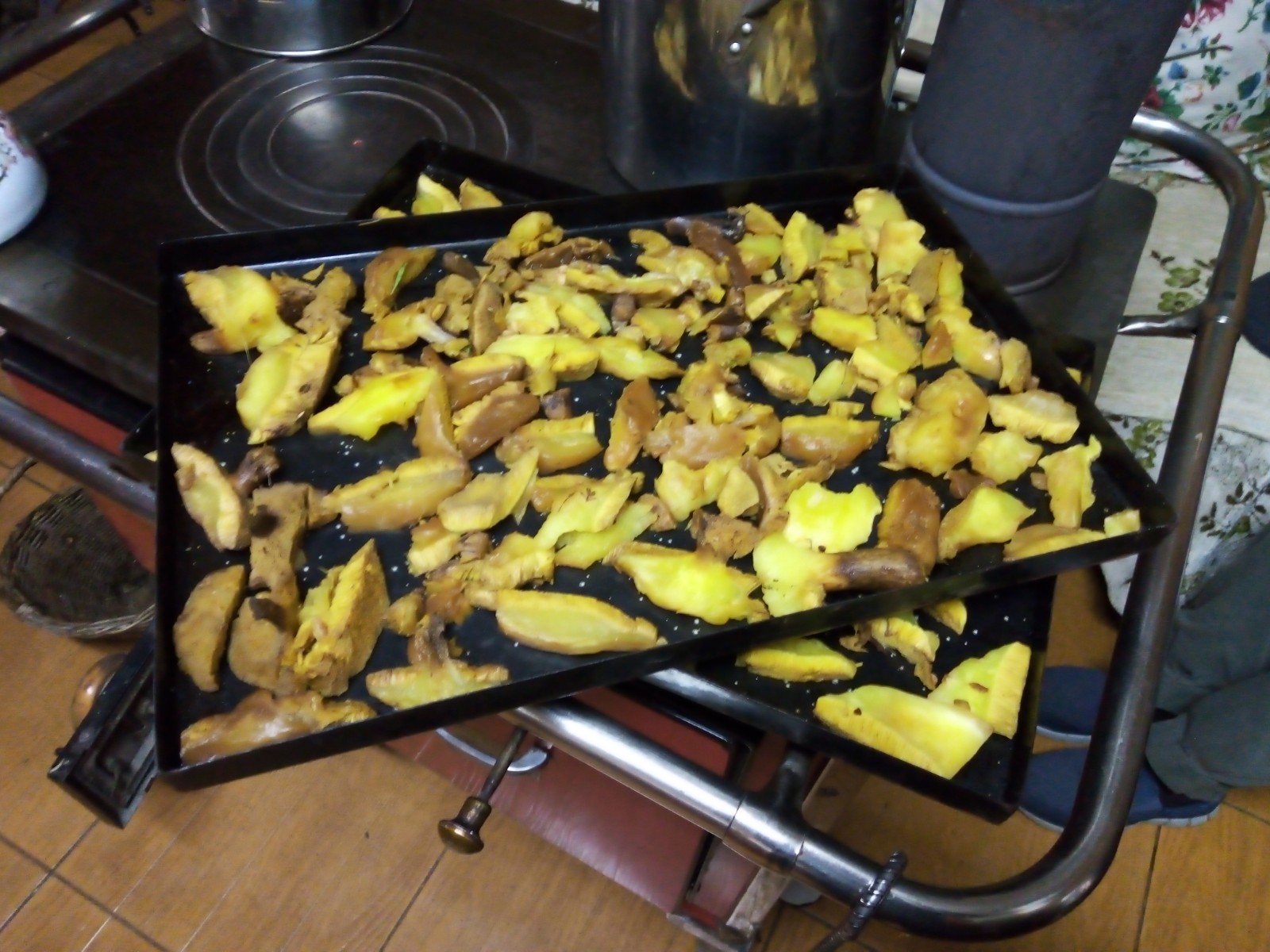 Yesterday we went to visit Fernanda, a friend of mine that lives in a neighboring farm and after whooping ourselves an awesome meal with veggies grown by her, we spent the day building a little shelter for her son, Aluen in the forest. We had lots of nice moments and laughter in the process and celebrated the progress with a fire, apple cider and smokes in the night. 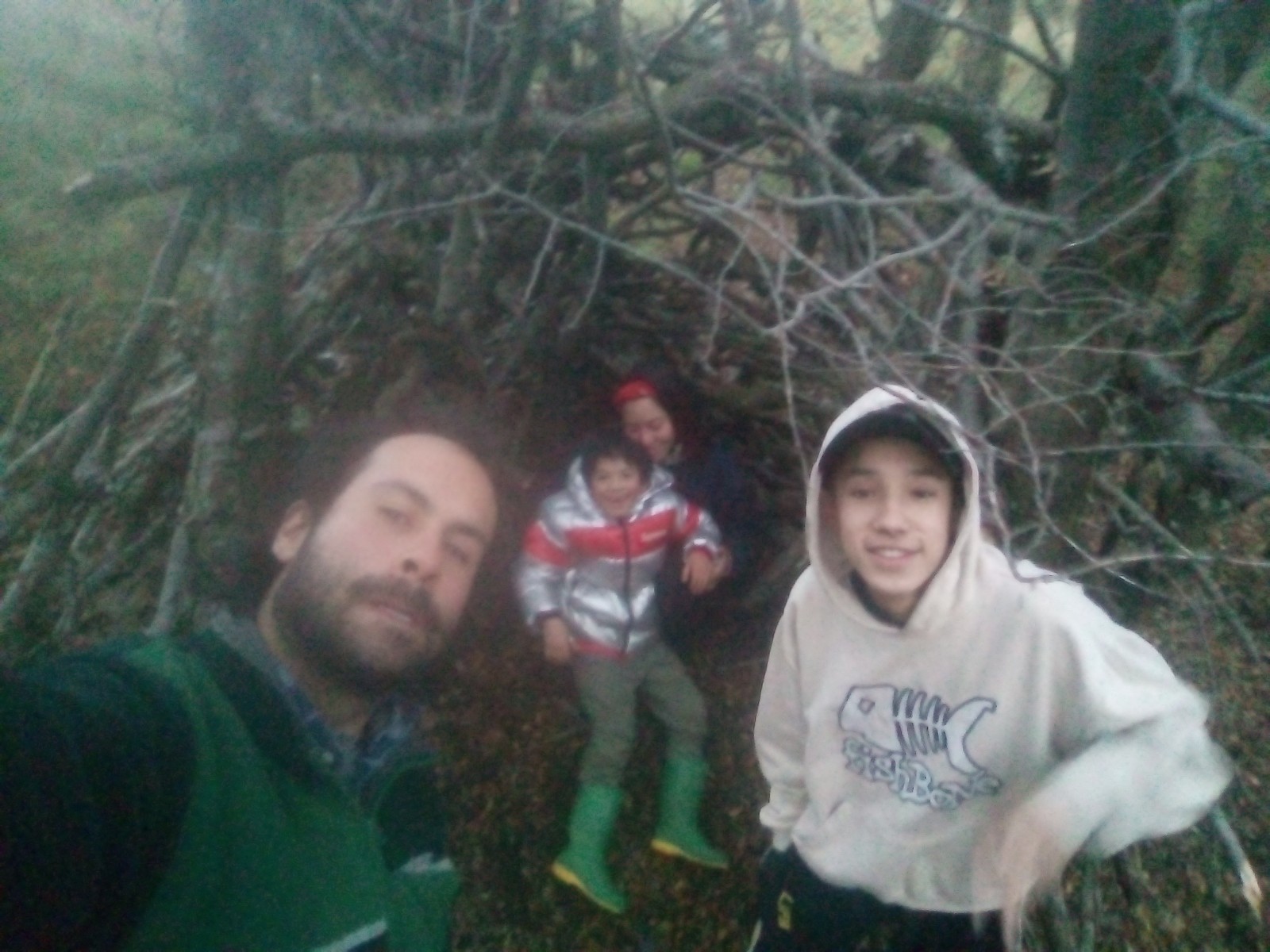 As you can see, living in the countryside is one of the best places to be during these apocalyptic times. Endless fun to be had and little worries.

Hope you're all doing well and finding interesting ways to spend your time. Much love to all, thanks for reading!