I've never really understood why conservative outlets feel the need to go after Tesla, or really anything that is attempting to introduce green energy stuff into society, but despite the obvious benefits of a near zero emission vehicle, news organizations like Infowars never miss an opportunity to point out anything that could possibly be conceived as bad about the car company. 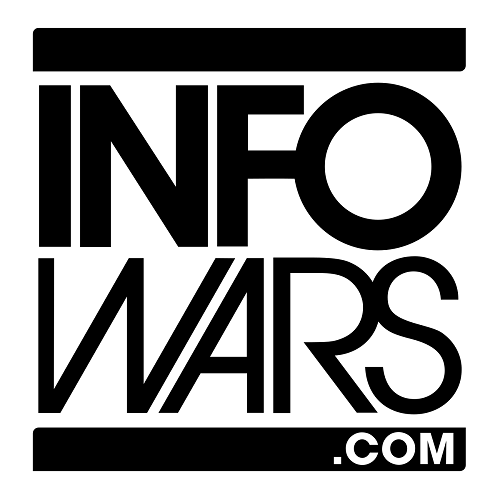 Don't get wrong, i'm no fan of the equally insane other side of the environmental argument and those guys are just as guilty with their wild accusations and conspiracy theories over the years as well. I don't take sides (kinda what journalists are supposed to do) I just identify dumb news when I see it.

So the big news story was that there was a line to use the Tesla charging stations a "half-mile long with wait times from 30 minutes to an hour." This happened on Black Friday. 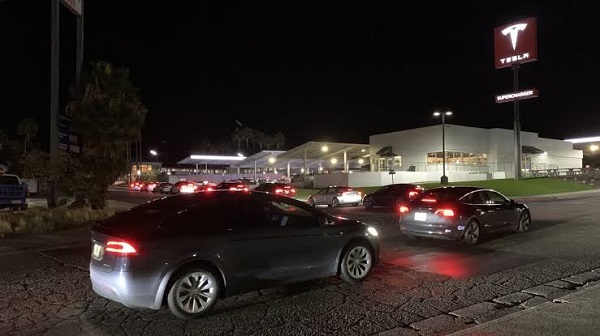 For the uninitiated, Black Friday is the biggest, most insane shopping day of the year in America, where presumably normal human-beings turn into ravenous blood-thirsty animals ready to kill over a discounted X-box game. There is an insane amount of people on the roads during this nightmarish, awful day of holiday cheer that lord only knows why people participate in it.

Therefore, is it not at least somewhat expected that there will be longer lines for almost anything, including Tesla Superchargers?

Another interesting point of this stupid, stupid smear piece is that most of these people waiting for 30 minutes arebasically getting a full tank of gas FOR FREE. 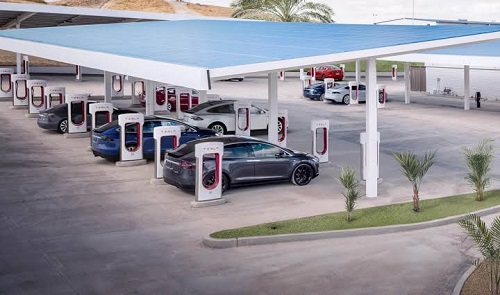 Forgive me for not crying a river for the few people that took to Twitter to complain about something they were getting for zero dollars. For the most part, no one really complained because believe it or not, i think that most people are sane individuals capable of reason and logic and they concluded "well, it is the busiest shopping day of the year so we are going to have to wait a bit for our free "fuel."

What's the next big story for Main Stream Media? Studies show that traffic waits are longer during rush hour? Maybe about how it tends to be colder in winter? Who is this Tesla story for? People that are upset about electric cars?

While I can understand why Infowars would make the argument that electric cars that are powered by coal-fired electricity plants are in-fact, not better for the environment than old-fashioned gasoline, this attempt to smear Tesla as a bad company because a few people had to wait a little while on the most insane shopping day of the year is just dumb, lazy, and extremely biased reporting with an objective rooted in idiocy.