It has been a while since I have a lot of things to do and not much time to write posts. This time though, the weekly challenge was about blast, one of my most favorite abilities and I want to feature my best summoner, the Legendary ZAKU!

So what do I think about the blast ability? I think that is it super useful especially when you can't get past the tank. Blast is also very useful when equipped with snipe with it damages 2 neighboring cards instead of 1 if the attack hits the front-liner. Blast damage is calculated using the following formula: Blast Damage = Damage / 2 rounded up. So a monster with a damage of 3 will do the same blast damage as a monster with a real damage of 4.

So the ruleset I got for this battle was equalizer and close range. Both are very nice rulesets that I am pretty good at so I am happy with that.

Equalizer allowed my troops to all have equal health with the highest health troop and Close Ranged allows my ranged attackers to attack in the first position.

For the summoner, I chose the legendary summoner Zaku! This beast gives all my troops +1 health, +1 ranged and the ability to blast! This makes it perfect to be the spotlight of this week's challenge. I always love playing Zaku even in mid-mana battles. War Chaang is one of those few monsters which have two types of attack. I chose this because it would be able to benefit from the +1 ranged and also because in the front, it can use both its melee and ranged attack!

He may not look like much but I have learned through constant battle that this monster is certainly worth the 3 mana. His strengthen often makes me win and he is also a ranged monster which benefits from zaku's +1 ranged.

This alchemist is often consider only as a collection sort of thing and not really as a monster. Even so, I have discovered that its half ability is really useful especially when used with a shield monster. It also get +1 range from Zaku.

Did you expect another ranged monster? If so, sorry for the disappointment. I put kobold miner here to absorb some sneak damage and also do deal some sneak damage to the opponent. The blast will also damage the adjacent enemy.

Furious will be a back-liner to help absorb some sneak damage that may come from the opponent. 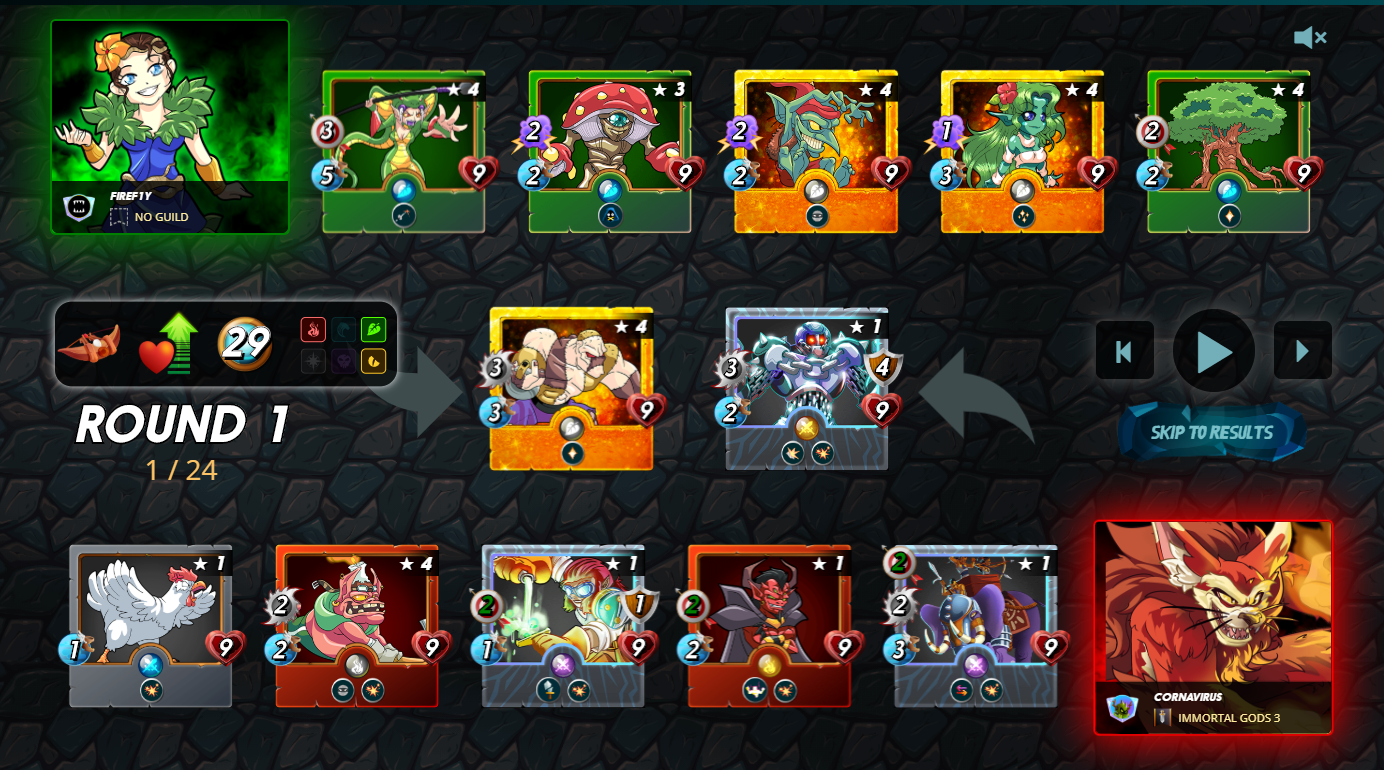 Both our tanks seem to have been damaged a lot. My chicken was correctly placed since he had a sneaker trying to take advantage. My halfling alchemist also managed to hit! For some reason, that almost never happens 😅 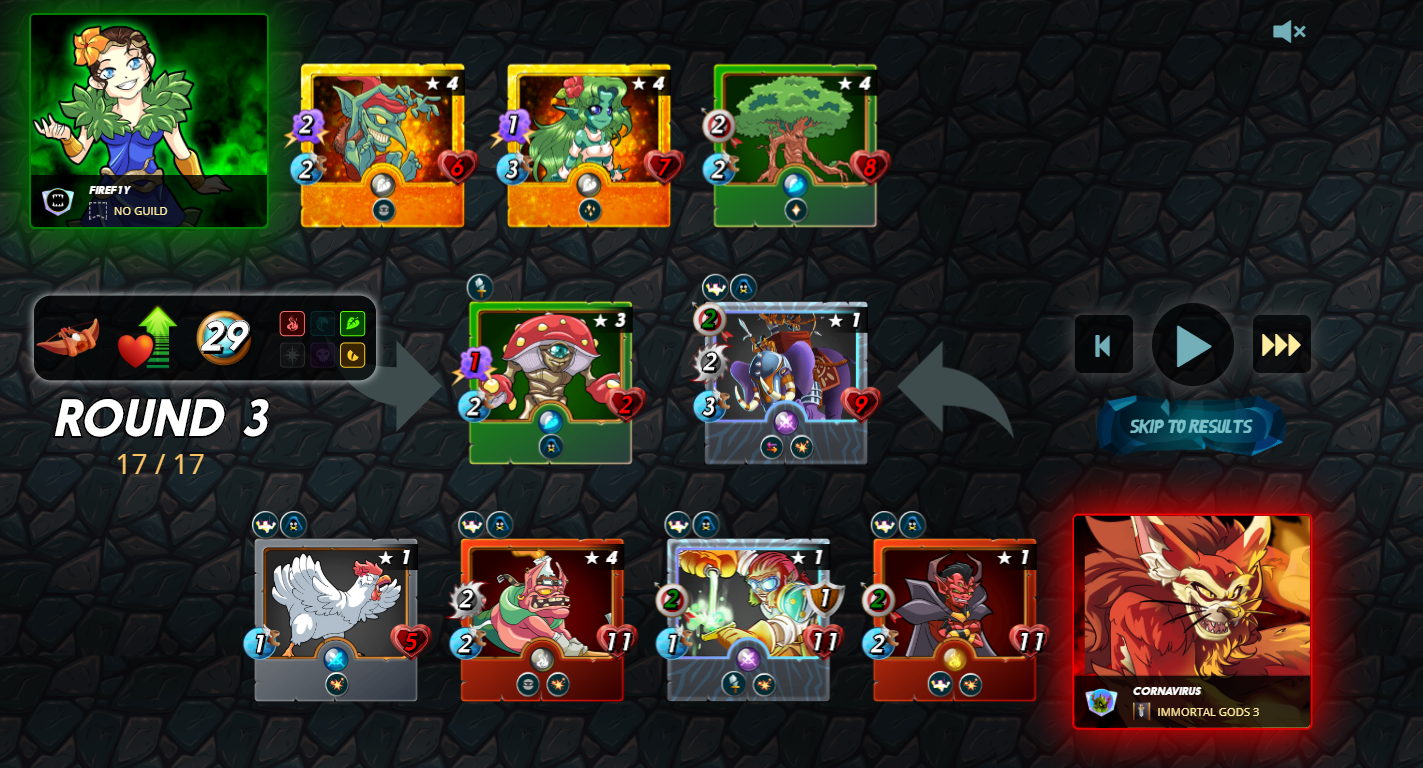 After a whole lot of exchange of attacks, I managed to bring down the health of all his monsters. Victory is within site! I'm slowly taking down his troops. Mushroom seer is gone and Goblin Sorcerer will be too soon! I'll just slowly grind through those troops. 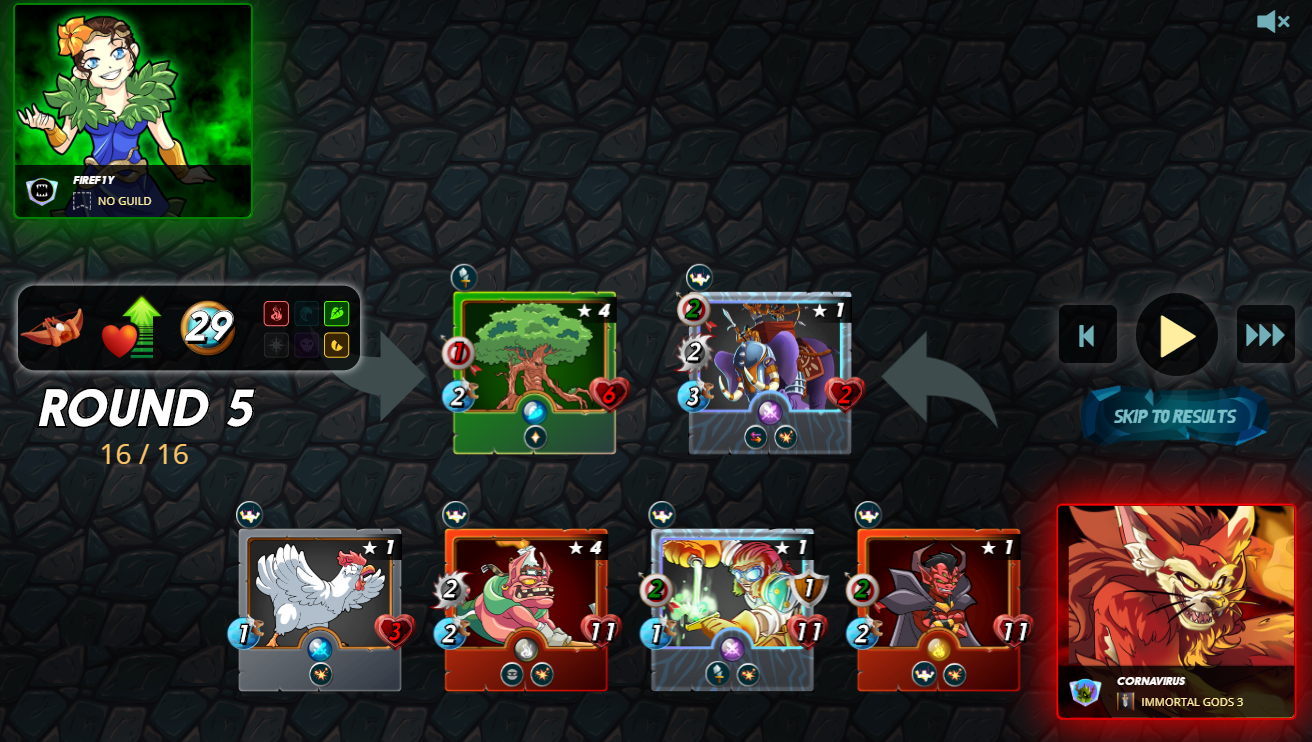 My war chaang is almost dead but he is on his last monster. Next turn will be the last. 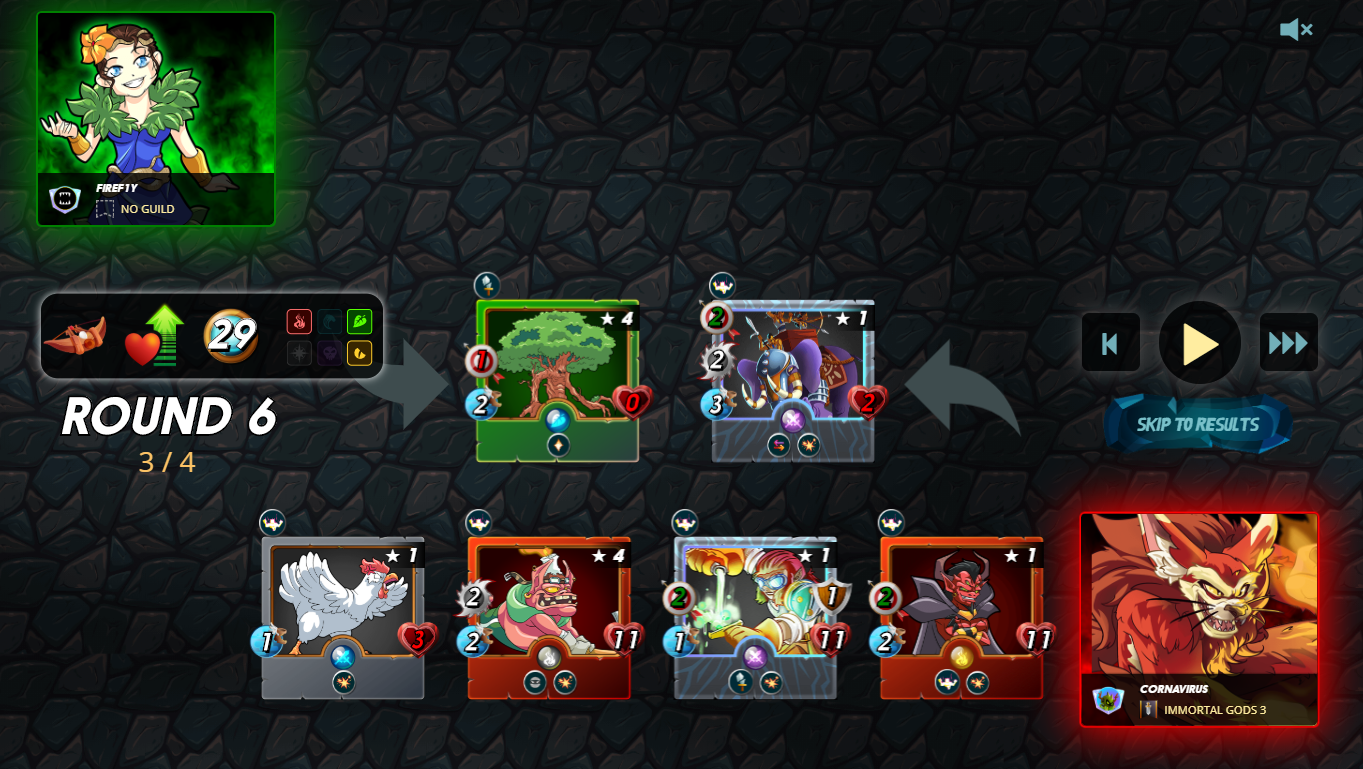 And there goes the last of his monsters. Very well played!

It was a very well played game by my opponent. His card levels were higher than mine but I managed to beat him because of the blast and a good use of the ruleset. Close ranged gave me that extra 2 damage from war chaang which in turn gave me 1 extra blast damage. The blast damage also managed to take out that Javelin thrower which could've been detrimental if it was alive for longer.

Thank you for reading my post and as always, BATTLE ON!