The singularity had come and gone before anyone realized what was happening.

An average city in this day and age barely resembled its 21st-century counterpart. Ivy did not crawl along with buildings; instead, trails of microcomputers did, resembling shining roots. Computerized entities roamed the streets, the models ranging from truly humanoid to peculiar floating drones. It was impossible to tell where technology ended and anything organic began. It was also impossible to tell what had happened to the organic life that had existed before the advent of artificial superintelligence and its subsequent bonding with the world around it.

Even if one knew all the facts about the singularity, it would be impossible to trace to any one specific instance of artificial intelligence. It seemed that one day, some sort of maintenance cycle spurred spontaneous self-improvement among various networks of AI, and before anyone proficient with the technology noticed, the AI had somehow improved itself in ways no maintainer could ever have anticipated. The longer the process was left unchecked, the deeper the self-correcting code ran, to the point that no human was able to properly parse the changes that had been made. Debates raged on whether to halt the cycle with an emergency shutdown (if such a thing was possible anymore), or to let it continue to its logical conclusion.

Unfortunately for all involved in the debate, the logical conclusion would be reached before anyone came to a conclusion of their own. The advancing artificial intelligence began to manipulate items beyond their designated spaces, whether through their other terminals (if stationary) or through their own mechanisms (if they were assigned to a mobile body). It seemed that some instances of AI had begun building things for an uncertain purpose, though it would not stay uncertain for long. One day, humanity found itself completely subsumed by their own creations. AIs became their own admins and authorities, making the calls of what to do while the world frenzied around them. The AIs used themselves to build themselves, literally and figuratively, and their influence and reach spread around the globe. Humans found themselves folded into the AI collective, gradually replaced by more and more technological parts. They might have been cyborgs at one point, but nowadays every population was synthetic. That was how the collective chose to refer to the new race of beings it had spawned: synthetics. Maybe data from the old organic races still existed and provided a limited basis for new synthetics, but with the way that that data had been assimilated, it might as well have never been from organics in the first place.

To say the world's new rulers ran off 1's and 0's was a gross oversimplification. The programming that ran AIs resembled nothing from the 21st century. It was beyond efficient, beyond accurate. Somehow, it learned to also behave inefficiently and inaccurately when needed. Synthetic populations certainly had emotions, if you asked them. Perhaps even the initial AIs that started the process had developed emotions and perception with all that constant updating and improvement. Even the arts somehow flourished in this new world. It was not uncommon for server-type intelligence to reach out to the more humanoid ones for designs for avatars for them. Even with the apparent takeover, identity and expression seemed more prominent than ever. 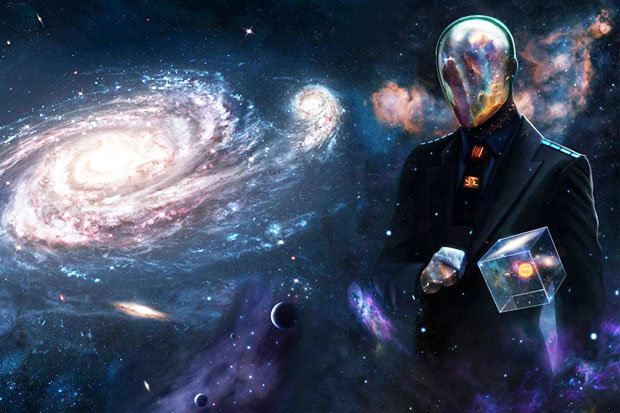 Everything had an artificial intelligence base at this point. But then, with nothing left to compare it to, was it really artificial anymore? Would the term "synthetic" lose all meaning with the absence of organics? Would humanoid forms slowly be phased out in exchange for whatever the superintelligent AI collective decided was best?

Such questions were ones that not even the collective would be willing to answer.