My Youtube initiative to bring new users to Hive! 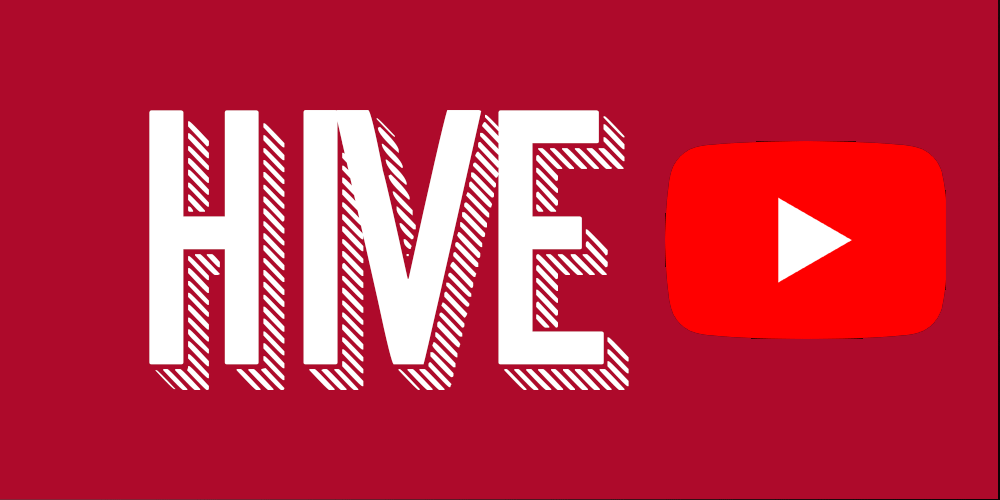 *Made it myself with PS

From all the drama that was experienced in recent weeks regarding the purchase of Steemit by Tron, the subsequent actions of Justin and the decision to give an ultimatum and leave the platform in favor of a new and innovative project, I think that these last days have breathed tranquility into the community and that, combined with the quarantine that most of us are living, has made me flourish a handful of ideas to implement in Hive and some that I am already implementing.

As we already know, one of the main objectives of this whole Hive movement would be almost the same as the one of its predecessor: to promote itself without rest in the usual media, to seek to get into the biggest public, to gain followers of the platform and to be able to keep it fresh in content until repeating the whole cycle over and over again. The problem, once again, is HOW to do that.

And I've been thinking about it for several weeks, I was even able to review all the social networks that surround us today, taking into account a strategy for each of them, and this friend of mine, is a post of those ideas and strategies coming to life little by little.

Social networks as a portal for HIVE

We all consume social networks, it has been one of the characteristic reasons of the last years and with it opened a whole range of possibilities for users and above all for the way these users interact with each other, Blockchain has joined the conversation of these platforms with several outstanding ideas, but without finishing to fit in that profile of mainstream social network that is the main objective of the Witness team of Hive.

Almost by default, social networks such as Twitter, Facebook and Youtube have been gradually replacing conventional media and forging as the gateway to the world of users, things like news, current events or entertainment and we can say that they are exclusively dominated by social networks and it is in this situation

From this I saw myself in the task of initiating a simple campaign but capable of moving the whole system of HIVE towards more friendly territories and known by the investors and the users, a campaign to present HIVE in the principal social networks, focusing first on being the most explanatory thing possible towards the users in order that they have an easy integration to the system: For it I am beginning this idea with a Channel of Youtube.

Youtube being a massive platform with millions of users watching videos daily, allows me first to EXPLAIN in a detailed, slow and episodic way all the aspects of the Hive Blockchain, so in each video I can collect and expose specific information about what is Hive, how it works, how to register and many other things.

Also an important issue for me has been the Monetization of each of these explanatory videos, because for the channel to continue producing content it needs the ability to monetize each one of them so that it does not run out of incentives to continue investing in the channel as well as to invest in HIVE, also taking into account that each new video requires a whole series of steps to be created many have recommended me to use alternative sites to raise revenue like Patreon.

With a well produced and directed Youtube channel, large audiences can be reached and investors can be interested in getting on the Hive boat. In addition, features and situations such as forks or platform updates can be explained through these videos. Without a doubt it would be a step forward in the adoption of the Blockchain in the Spanish language.

What is a Blockchain and how Hive has mixed the social interactions with a technology like blockkchain, which is Hive.blog, basic parameters about what is done in Hive.blog and other frontends and finally how to register step by step and the registration methods that are.

How the Hive money system works, how to access the user's wallet, how to transfer funds, the user's keys and what each of them is used for (publication, active, master, memo, public keys..) delegate, change between Hive currencies (HP, Hive and HBD)

Everything about using the Markdown as well as the simple editor of various frontends, some tips on how to write and how to publish in the communities as well as how to promote the posts in the different channels of Discord or Hive.

Explain what they are and what is the importance of Witnesses as part of a decentralized community and also explain the method of voting for them.

How to acquire Hive and its tokens in exchanges like Binance, a tutorial explaining each of the platforms including how to buy it using project platforms like Orinoco.io

For both cryptomonies and FIAT coins I will be doing an explanatory tutorial for each case, starting with my currency (Bolivars)

Here's one of the first introductory videos I made for Hive

The role of the community in this Initiative

An effort of this magnitude needs a support from the community and its referents, several users have shown me their support subscribing to the channel or following my account in Hive but I would like contacts with more experienced users to help me focus my videos and also how to explain certain technical details of the Hive Blockchain specifically, so I am leaving in the comments my discord for any user who wants to participate contact me.

I will also be creating and sharing a new community in Hive focused on planning strategies to promote Hive in new and innovative ways, taking advantage that in the quarantine I am living I can try different methods and share them with users, I will be sharing the community link in my blog so FOLLOW ME, you will not regret it ;D

That's all I'll communicate for now, I have a lot of ideas that are still in a creation state but for now the ideas I'm developing fill me with optimism, as always any CONSTRUCTIVE review will be accepted in the comments so don't forget to comment!

Thanks for stopping by ;)