The mayor of St. Louis doxxed (revealed the names and address of) several "defund the police" advocates in the city.

Protesters are demanding that she resign, and marched in her neighbourhood, which includes this couple who came out of their house and pointed guns at the protesters.

People are pointing out that since this is a private neighbourhood, the couples' behaviour might have been legal according to Missouri castle doctrine.

And they're also pointing the guns at each other and the wife has her finger on the trigger. I'm glad they did what they did, how they did it.

Not because they were "right", but because I really needed some good memes yesterday.

However, let's be clear about what actually happened. A large and angry group of BLM supporters broke down a gate to trespass on private property. These property owners were given recent and valid reasons to be fearful, given BLM... in this same city, on this same weekend... beat the shit out of some Catholics peacefully praying in front of a statue of a saint.

A couple has come out of their house and is pointing guns at protesters in their neighborhood #StLouis #lydakrewson pic.twitter.com/ZJ8a553PAU

Two property owners stood armed on their front steps in order to encourage anyone in this angry mob who might want to destroy some property (and let's face it, these protests have destroyed plenty of property) to target another house that wasn't theirs. This may have come after verbal threats to the property owners about their physical safety.

The wife in particular had awful trigger discipline, was waving her gun indiscriminately aiming into a crowd of people, seemed to have no firearm training, and came across as irrational on the video.

I don't think she acted... Appropriately. She may have even broken some laws, depending on how you read Missouri castle doctrine. It's hard to view the video and still believe she was acting rationally to the threat. Standing outside visibly armed and silent itself would probably have been enough to deter aggression. However, in the heat of a moment like this, it's hard to expect untrained civilians to act rationally.

They had every right to be strapped on their own front porch, to protect their property, and yes, technically even to aim at people who were trespassing and who presented a credible threat. Saying they did so the wrong way may be correct, but many of the people saying so are focusing on that as a way to take "the other side" and be intentionally obtuse. 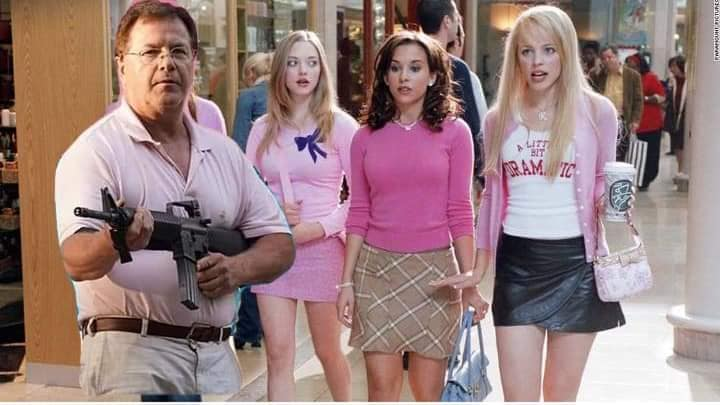